As is the way with competitive multiplayer games, cheaters gonna cheat their way to cheap wins. Fall Guys is no different, despite appearing adorable and lighthearted. Folks really want those crowns without breaking a sweat. Mediatonic have revealed a now-closed secret set of servers where cheaters were once banished. They've shut it down now, but cheaters will still be getting the boot with some new anti-cheat support.

Mediatonic told the story of Cheater Island in a long Twitter thread. They say that Fall Guys had its own cheat detection built in at launch, but they didn't immediately begin banning cheaters until they felt confident the game wouldn't wrongly flag innocent players. Once they were sure that sweet beans wouldn't be confused for sour, they began handing out one-way tickets to a very special place. Players who had been caught cheating would, unbeknown to them, be queued up for Cheater Island. These special Fall Guys servers were reserved for matching known cheaters against one another, removing them from the pool of innocent players.

According to Mediatonic, they weren't initially banishing enough cheaters to the island, meaning there weren't enough confirmed baddies to fill up a match. Cheater Island existed in theory, but no one had been there, as far as they could tell. Instead, cheaters would be stuck in matchmaking limbo, never able to find a room of opponents. Until last week, that is. Mediatonic say that Cheater Island finally got some visitors. Videos started showing up that looked like they definitely might have been taken from the cursed server.

Somebody actually uploaded this video to Reddit with the title:

"Ever played a round of Fall Mountain where all the players are cheating?"

The problem is... this LOOKS like Cheater Island but we can't be 100% sure pic.twitter.com/byJi6r0Ykc

As it turns out, videos of every single person in a match cheating aren't a great look for the game if players don't realise that's what's going on.

Telling cheaters how or when you figured out what they were up to can often help them to cheat smarter next time, which is why Mediatonic say they've been quiet about this particular cheater experiment until now. They've decided to shut down the shadow realm, which is why they're willing to talk about it now.

Mediatonic say that even before they gave up the jig, cheaters had begun to work out ways back into normal servers. They could enter matches by grouping up with non-cheating friends or by abusing Steam's Family Sharing system, leading the developers to disable Family Sharing support. Now, caught cheaters are simply unable to log in to the game, they say. 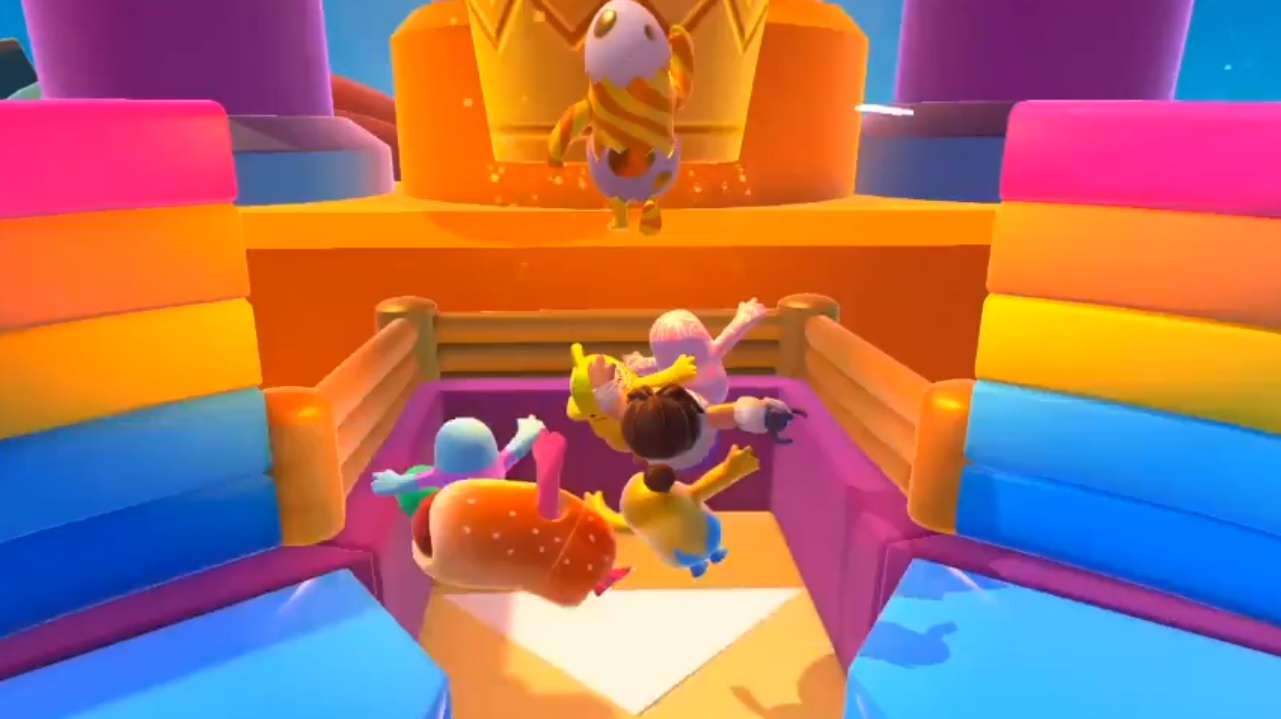 Fall Guys isn't the first competitive game to attempt such a strategy. Call Of Duty: Warzone, for instance, has tried forcing cheaters to cheat each other. Ultimate Knockout is almost certainly the funniest though. I know all those bright, flailing beans are verified baddies but watching them attack a crown like they're stuck in a tumble drier still gives me a chuckle.

Cheater Island may be sunk, but Mediatonic say that cheaters will still be getting the ban hammer. "We're actually adding Epic's Anti-Cheat which will be a huge step forward as we continue to improve things," they say.