Three-sided brawler For Honor recently added two new heroes. So I’m back in the gladatorial pits, trying to revive my previous dishonourable form. But it’s tough. The game itself still has problems and my own rustiness only makes things harder. The veterans of the community seem happy, however. They particularly like the brutal execution animations recently added. So much so, that a troubling trend has emerged whereby players have begun making their own suggestions for deadly final blows, using the medium of MS Paint.

They are all done with childlike brushstrokes, making them both deeply worrying and strangely funny. Here’s one showing the new Aramusha hero from the samurai clan chopping off some arms, by DerNjco. 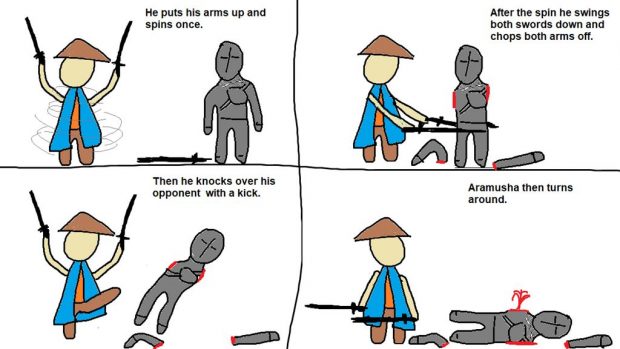 OK. Here’s the Shaman, a new hero with a fondness for blood and biting, performing a disturbing ritual as imagined by Zadarok. 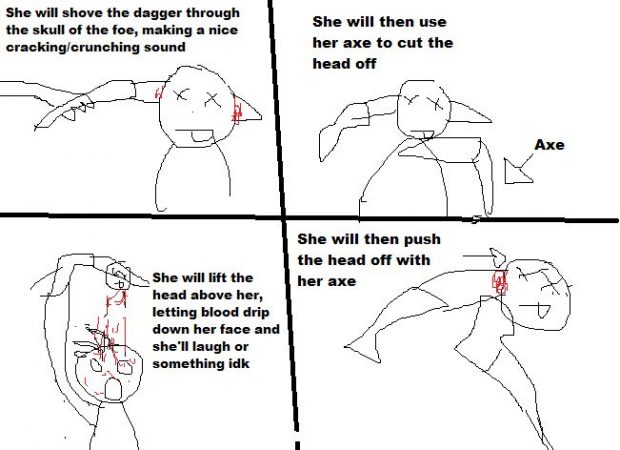 PapaFireFox invented three frightful executions in one. But the most over-the-top one is this depiction of the large club-wielding Shugoki jumping on a man’s stomach until he exhales blood. 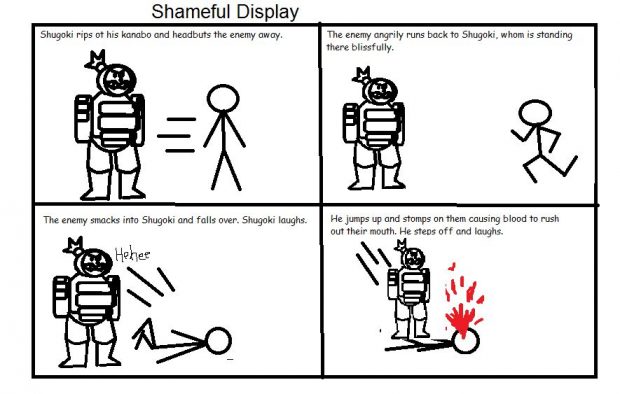 Yeesh. Meanwhile, this is the Shinobi, a chain-wielding ninja, choking a sad man to death. Note the ninja’s mask. It is drawn in such a way by the illustrator, Herr_Fennen, that it resembles a gleeful smile. 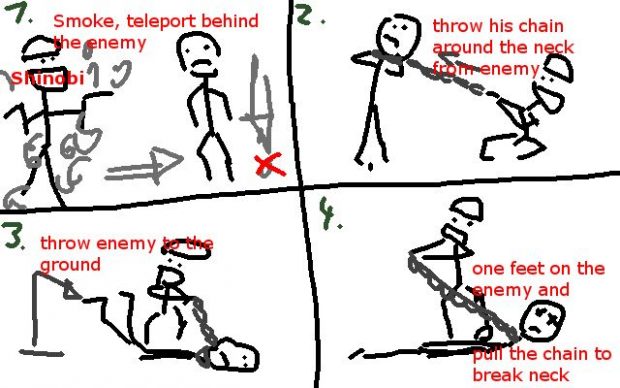 I don’t even know what this Conquerer is doing.

The Aramusha remains the most popular however. Here’s a final drawing by PseudoTeeth, depicting the valiant samurai warrior bending his neck at an unnatural angle and vomiting into an opponent’s face just as he would have done in Samurai times. 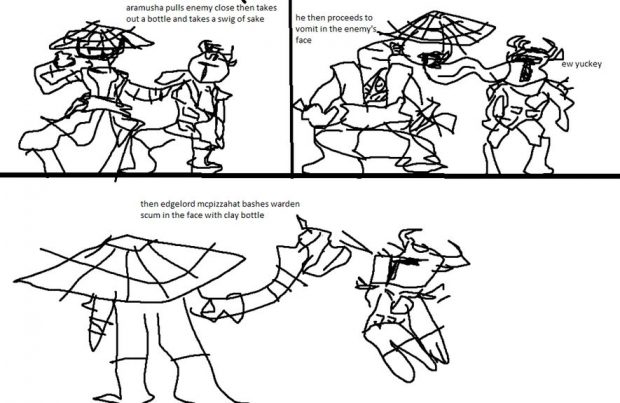 There was no need for any of this.

For Honor is a frustrating game. I like the brawling, the sneakiness, the rare glimpse of fighting etiquette you sometimes encounter during a duel. But disconnections, annoying menus and an intrusive gear system hobble the strong fighting game underneath it all. There’s a bigger article coming up about that stuff, but for now, we can at least appreciate these fine works of art.