Fortnite Battle Royale Season 9 has arrived, and along with it, the future. Neon cities have popped up around the map. A network of big ringed structures propel people through the skies. There is a new shotgun.

Before we get into all that, though, you should watch what happens to this banana.

The moment I saw him I really hoped they were going to lean in to the horror. Have him wither, blacken, turn into gross mushy slop while soldier boy holds him in his arms and cries. This was even better.

Anyway! The patch notes include too much stuff for me to cover, so here are the highlights.

This is the first time I've played for ages so I can only point at the futuristic stuff and go 'ooh that's new'.

Ooh, that's neo. Tilted Towers has been rebuilt into Neo Tilted. Apparently I took my eye off Fortnite for a few months and it got destroyed by a volcano. The way the Fortnite devs inject storytelling into their map updates continue to impress.

I visited there first. Then I got killed straight away because I'm pretty sure that place has always been a deathzone at the start, and is now even busier thanks to tourists like me. I liked the glimpse I got, though. It's that super clean, utopian brand of futurism. Like Sunset Overdrive, but less orange.

For my next life I plunged straight into a slipstream next to Mega Mall, formerly Retail Row, also destroyed and now rebuilt thanks to that volcano.

I didn't actually visit because I was having too much fun in the slipstream, instead just riding alongside a buddy who may have had the exact same thought process as me. It was lovely. The slipstreams stretch right around the map, and are like the Futurerama tubes except open-air and people can and will shoot you with guns. 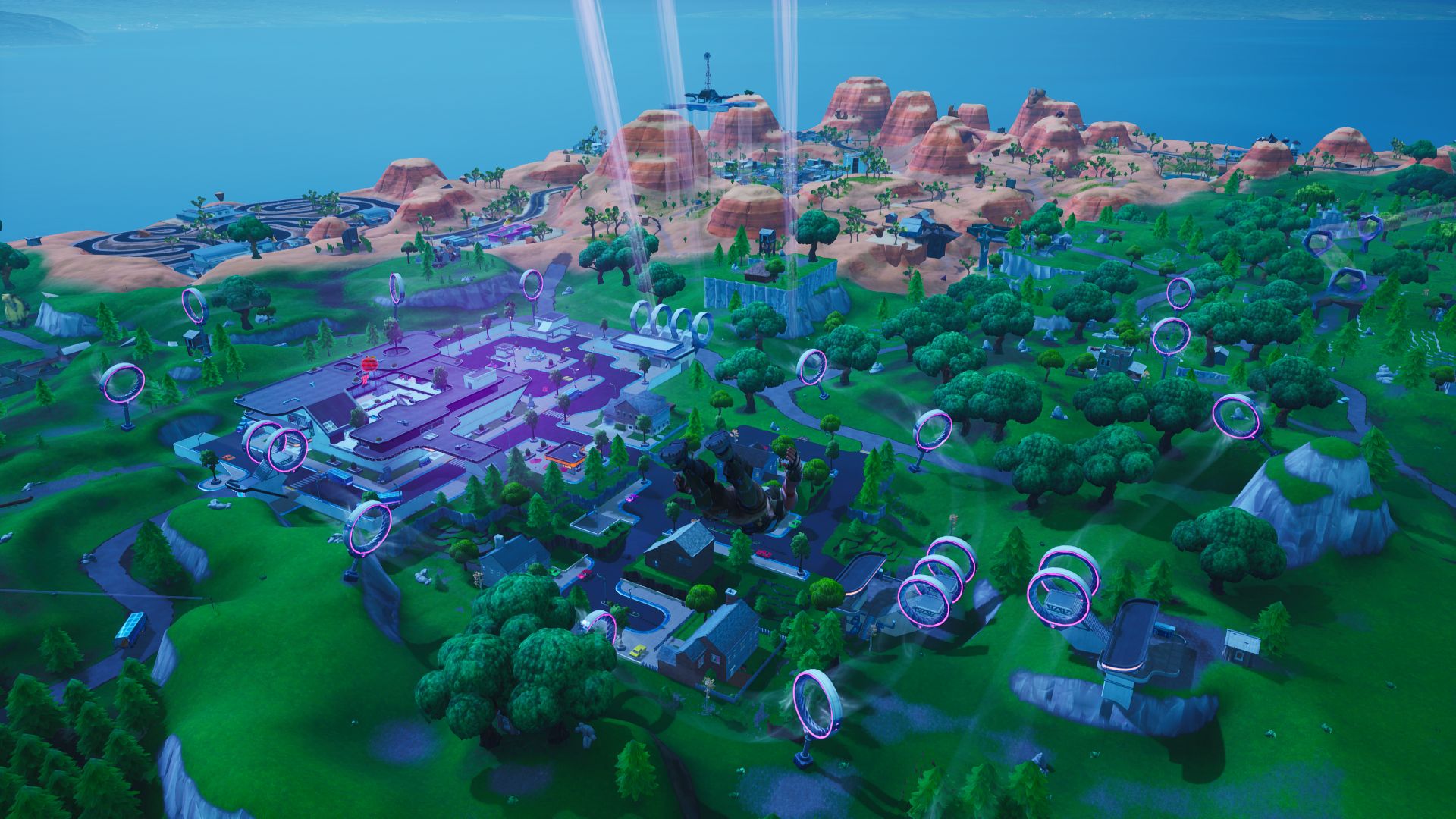 Then I spotted a hoverboard, so ditched my buddy and rode around doing stunts on that for a bit. (Dave has since told me those have been around since season 7. He knows much more than me, so here's his guide to Fortnite season 9 week 1 challenges. Then I ditched the hoverboard for a llama, except I couldn't ride the llama and instead smashed it to bits for loot. This game is weird. 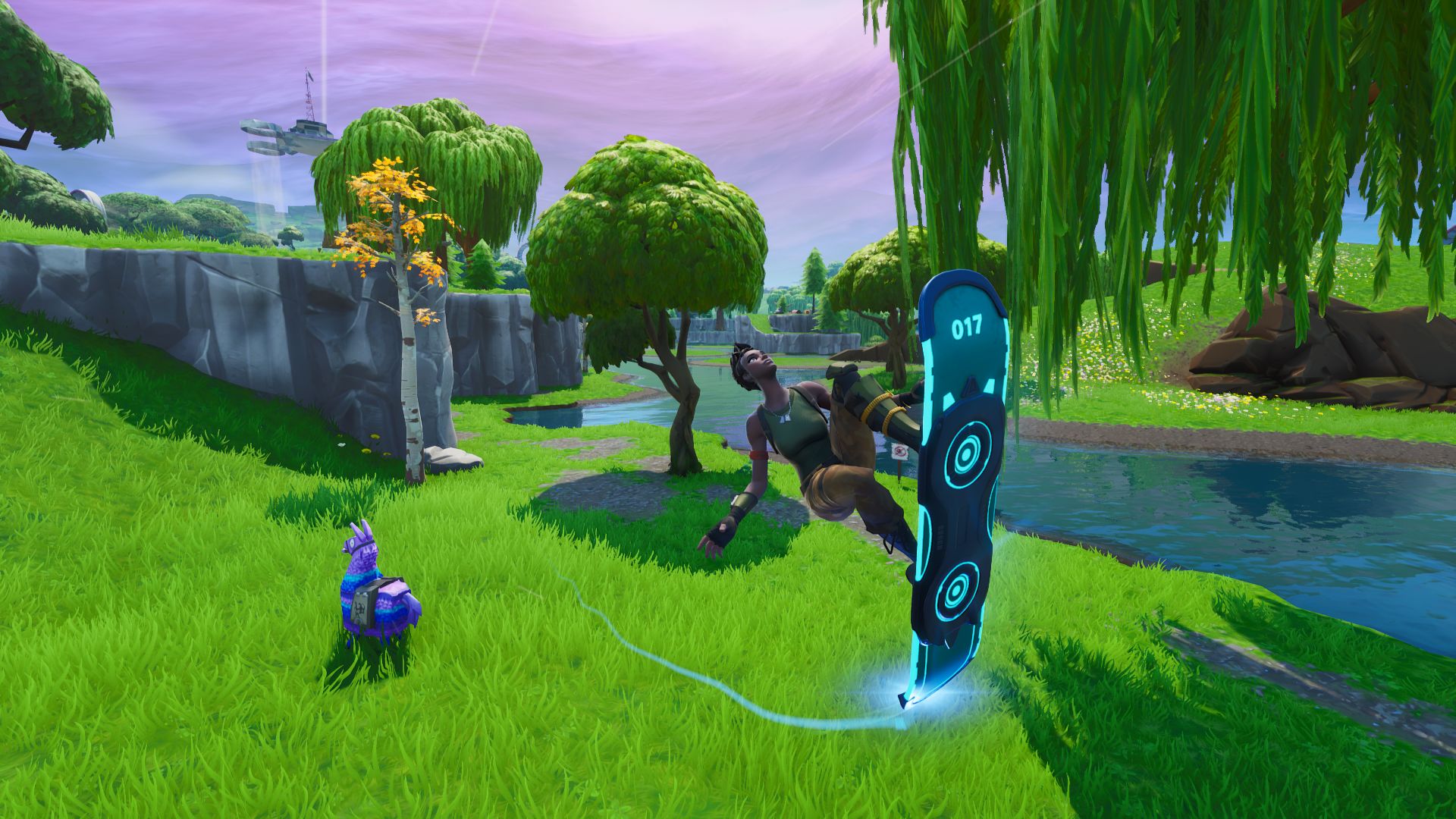 Oh, and the shotgun I mentioned is a "Combat Shotgun". It's semi-automatic, holds ten shells, and reloads two of them at a time. I would argue all shotguns are combat shotguns but w/e. More info on that, as well all the new cosmetics and Battle Pass guff, can be found in the patch notes.

I haven't paid attention to Fortnite for a long while because if I did I wouldn't have much time to pay attention to anything else. I'd forgotten the map changes are wild, and how much I enjoy those silly trailers. I'm praising marketing. Eugh. Someone take this keyboard off me.