How do you beat the game Hades? Hades, the sublime god-filled roguelite from Supergiant Games, was our pick for the best game of 2020. It's exquisitely designed, brimming with character, and remarkably challenging, as you may have discovered. It's amazing just how difficult it is to escape Hell when your dear father, Lord Hades, doesn't want you to leave.

But I've been escaping Hell since December 2018, and with the following top-tier Hades tips and strategies, you too will learn how to defeat the God of the Underworld with ease and reach the mortal realm. So if you've been having trouble reaching the later realms of Hades, you've come to the right place!

Here are our 8 top Hades tips:

Hades is a fast-paced and fiercely challenging roguelite. As Zagreus, son of Hades, you must battle through room after room and realm after realm of undead enemies to try and reach the mortal realm. It's a tricky business, but with the following tips in mind you'll be there in no time at all.

But if you're more of a visual learner, you might also want to check out the above video, which showcases one of my Hades wins from start to finish. It's not perfect, but it's a good example of how taking into account each of the tips and tricks in this guide can make beating the game very possible! Bear in mind that this is after only a few attempts with a new save file, meaning I wasn't far at all into my metaprogression, and you don't need to be either.

Dash-strike is your bread and butter

Dash-strike is the single most powerful base move in Hades, and it's something that benefits every single weapon - even ranged weapons. You can dash-strike simply by dashing once or twice, and immediately attacking. Depending on your weapon, the dash-strike might deal more damage than a regular attack or it might offer some other benefit (in the case of the bow, it shortens the wind-up time before your charge shot). Additionally, some Boons and upgrades specifically apply to dash-striking, which can quickly lead to this bread-and-butter skill skyrocketing in power.

Mastery of dash-strike also makes you extremely flexible and mobile, able to transition from dodging an enemy to skewering another in record time. Unless you've got good reason, you should treat dash-strike as your primary attack throughout every run.

Flat damage is your friend

Hades is divided into five primary realms, starting with Tartarus, Asphodel, and Elysium. Each time you move to the next realm, enemies get significantly hardier, which means you really need to keep up with the curve by increasing your damage potential. Notice in my run footage above how I've opted for maximum damage at every opportunity with the Boons I choose.

Feel free to consult our Hades boons guide for more information on the very best options. Additionally, our Hades Titan Blood guide will walk you through upgrading your weapons for maximum damage potential. 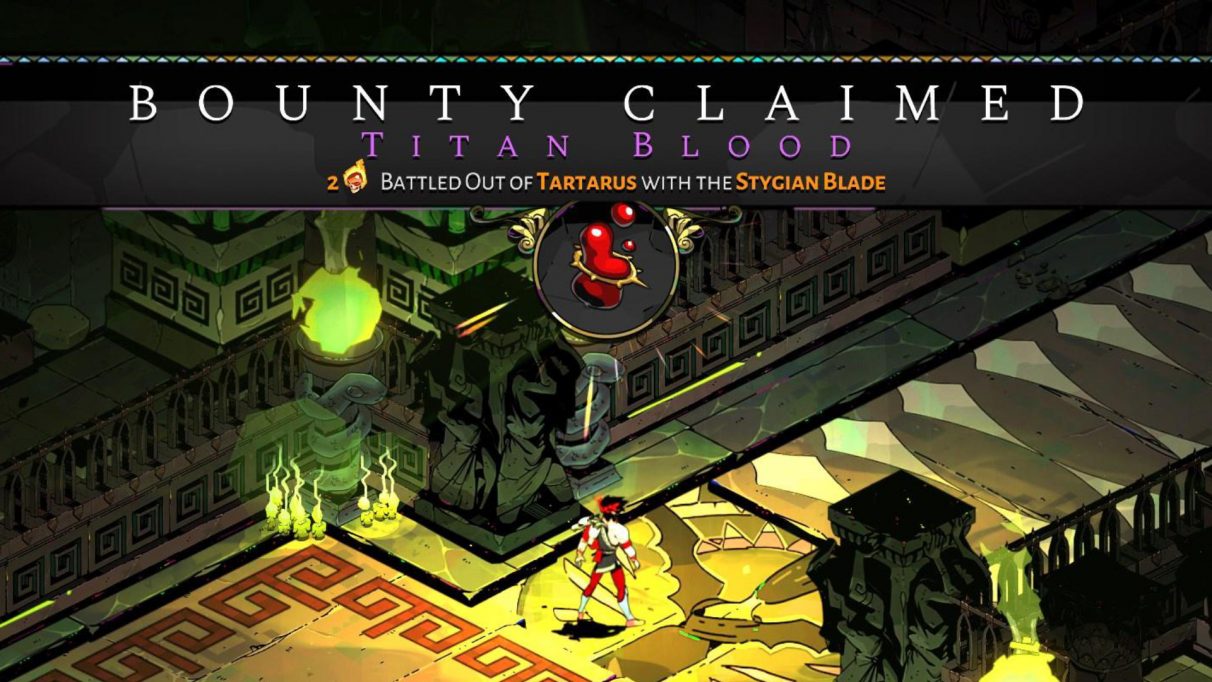 Daedalus Hammers are the single most powerful enhancements you'll find in a Hades run. You'll often find two in a run: one in Tartarus, and one in Elysium. These Hammers upgrade an aspect of your current weapon in a very major way which can shape the rest of your playthrough.

Daedalus Hammers should never be passed up for a different room reward. When you've got the choice, never opt for any kind of boon or resource. You need those Hammer upgrades if you want to stick to the flat damage rule I mentioned above.

Check out our Hades weapons guide for full details on all Daedalus Hammer upgrades for every Infernal Arm in Hades.

Progression in Hades isn't limited to per-run upgrades. There is also a very deep metaprogression system in the form of the Mirror of Night in your room at home. As time goes on you'll be able to unlock more Mirror upgrades with keys, and then level up those upgrades using the Darkness you accrue with each run. You'll also find after your first few runs that each upgrade in the Mirror is actually a pair of upgrades that you can swap between before embarking on your next run.

The right Mirror upgrades can make you far more powerful even after just your first handful of runs. Prioritise the following upgrades at first:

...And then start investing in the final three Mirror upgrades. Don't bother with Cast, it's near-useless with the damage output you'll have with this build.

Save your Coin until near the surface

It's very tempting to spend any Coin you gain as early as possible - especially when the game plants a shop in front of you before most major boss battles. But you should try to resist this urge, because you'll need that Coin later on.

Once you get up to the Styx, the main room to which you'll keep returning has a particularly large shop filled with some very powerful bonuses - strong Boons, double-strength Poms of Power, and so on. This is the time to spend all that Coin you've earnt, because those things don't come cheap.

Obviously you should spend Coin in a life-or-death situation to heal yourself when you're at death's door, but otherwise try not to spend too much until you're nearer the surface. 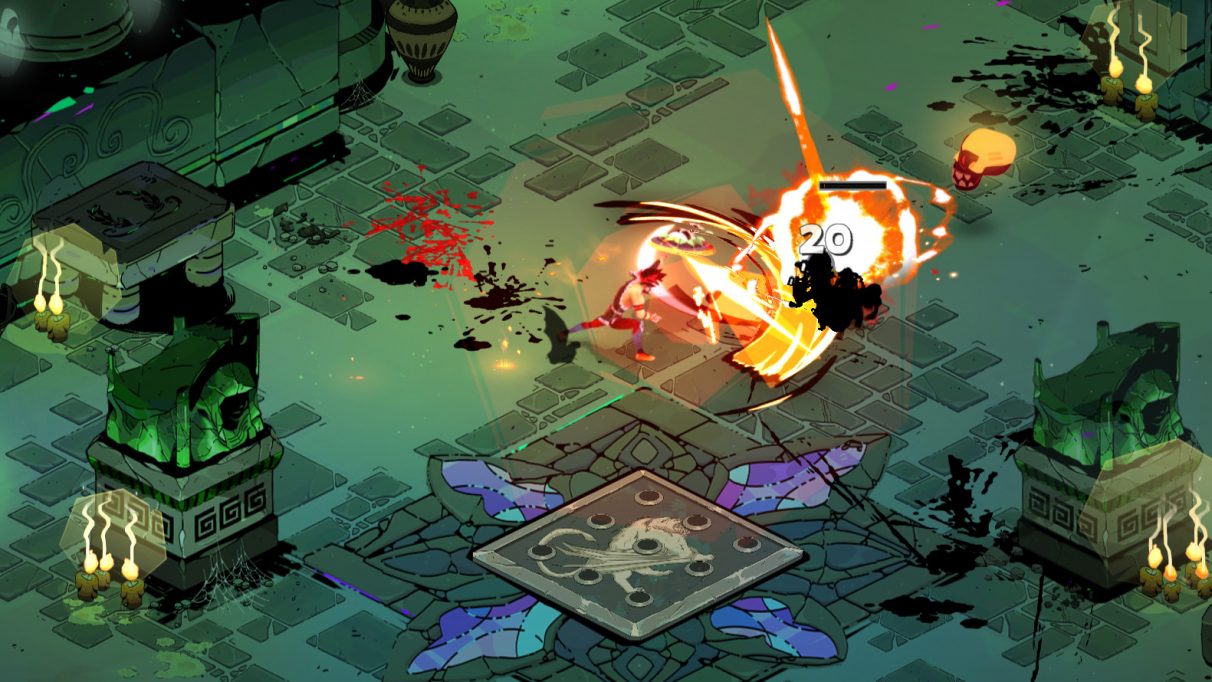 Armored enemies are the true danger of the Underworld. If an enemy is not covered in this armor, you can stun-lock them by hitting them repeatedly with whatever weapon you're carrying. This is an integral part of Hades's combat system. But armored enemies cannot be interrupted until you break their armor.

Almost every enemy in every region of Hades has an armored equivalent, and they should definitely be prioritised in a fight. Not only are they more dangerous for being uninterruptible, they also have a greater health pool and upgraded attack types. In higher numbers, they can be absolutely devastating. So don't underestimate them, not even when it looks like you've got a winning build going.

Level up your Keepsakes

Each neutral character in the Underworld and each Olympian you come into contact with has a Keepsake they can trade you in exchange for their first bottle of Nectar. These Keepsakes offer strong bonuses which persist throughout an entire run, and they can be upgraded the more you use them.

The two best Keepsakes to level up at first are:

I tend to keep the Old Spiked Collar on me for Tartarus and Asphodel, then switch it out for the Evergreen Acorn from Elysium onwards (as that is when the final bosses start to get really nasty). For more information these and other Keepsakes (including a full tier list from best to worst!), look no further than our Hades Keepsakes guide.

Finally, a reminder that with each failed attempt in Hades, you'll gain Darkness to spend in the Mirror of Night, making you permanently stronger for your next run! If you're having trouble even after taking all the above tips into account, then just keep at it and keep upgrading the right Mirror upgrades, and you'll get there in time. It's a tough game filled with tough enemies, but each of them can be overcome. 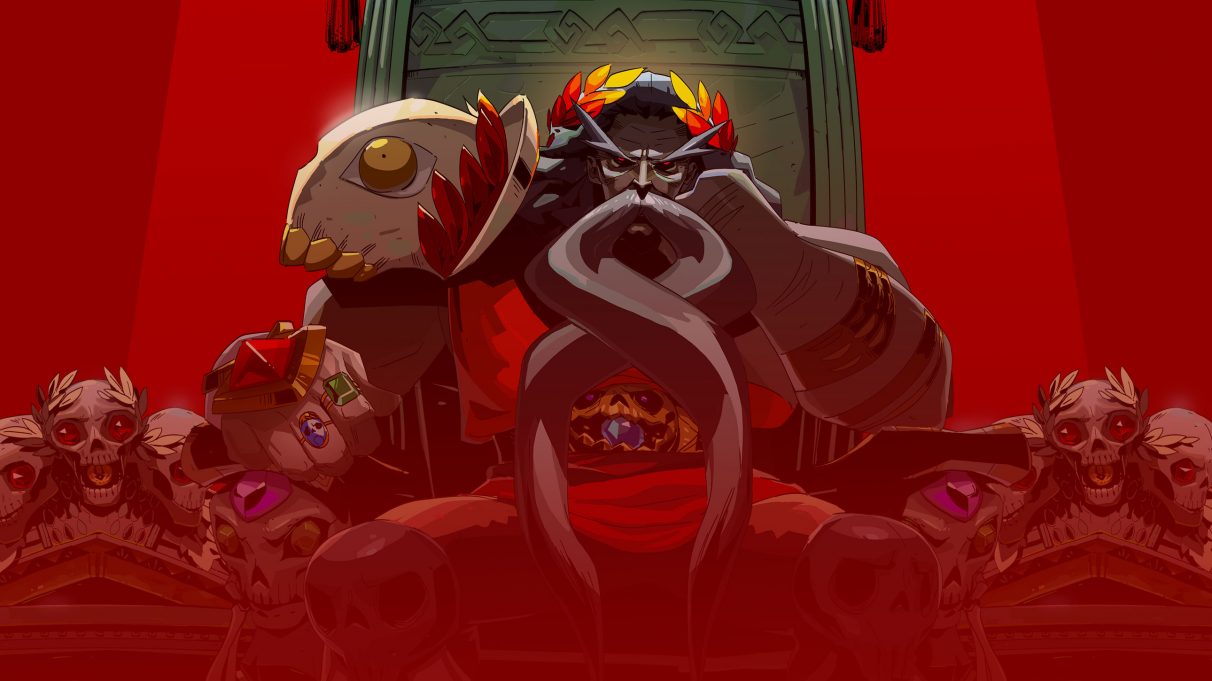 Alright, that's probably enough for now. Armed with the above tips and tactics you should be about as prepared as you can be for the fight through Hades. Keep your eyes peeled for future Hades guides! In the meantime, be sure to check out our Hades review.