The hot new way to create high-resolution texture pack to fancy up old games is 'deep learning', feeding the original textures into a computer so algorithms can draw more-detailed versions of what they imagine the images look like. It has... varied results. I'm a hoary purist who still plays Quake pixellated without texture filtering so I'm not mad keen on these hallucinated manglings, but I do like the technique as an act of creation rather than replication. Which leads me to coo over Everest Pipkin's Mushy, a new free tileset for isometric games generated by machine learning with the intention of creating a glitched-out look that's just not right.

"Build spires of once-were-chairs, wander through a faded landscape of assumed logical choices, and sail the mushy seas of half-remembered pixel art conventions," Pipkin says. I'm up for that.

Pipkin fed a load of tile images (mostly ones licensed freely under Creative Commons, plus "some classic game rips") into the software DCGAN-tensorflow, which used them as inspiration for glitchy images of its own. Its recreations are nudged towards being haunted and a little hellish, echoes of what they were supposed to be. It's a strong look. 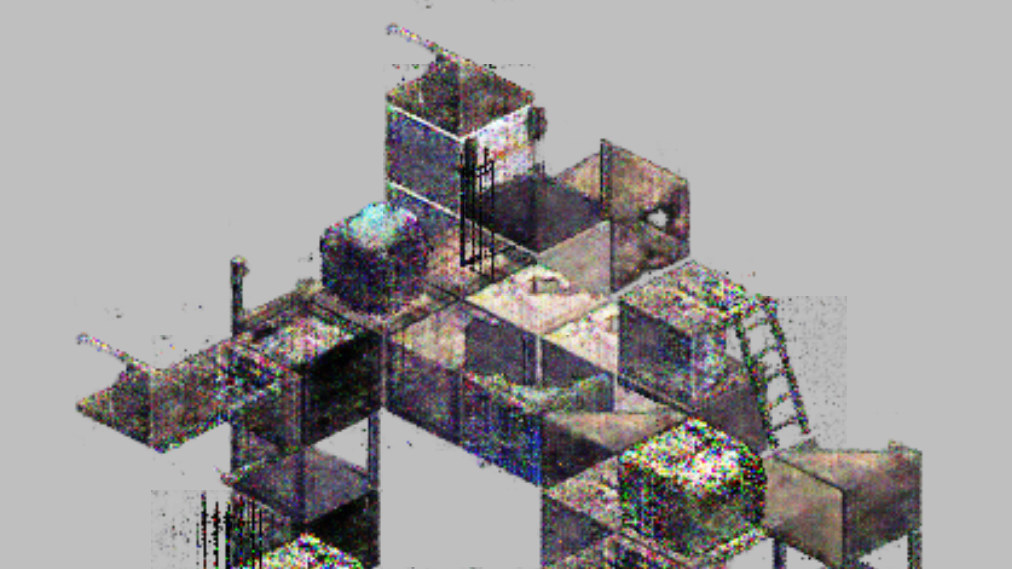 You can download the Mushy asset pack free from Itch.io and use it for all sorts of things under a Creative Commons Attribution license. Pipkin has suggested that people not making games might enjoy just fiddling with making little worlds in the freeware Tiled Map Editor.

You may remember Pipkin from their work on such procedurally-generated wonders as the Mother Generator bot on Twitter and the greenhouses of The Worm Room in the Triennale Game Collection.

What about those deeply-learned 'HD' texture packs I mentioned? Well! After 'deep dreaming' AI neutral network cybertech digipaint techniques came to prominence in 2015 with those horrific images dripping with eyeballs and dogs, canny folks figured they could use it to re-imagine low-resolution video games textures with more detail in higher resolution. Fans have tinkered with a great many games, trying to wipe away blocky old pixels in a better way than the ugly "upscale then sharpen" technique of most texture pack mods. 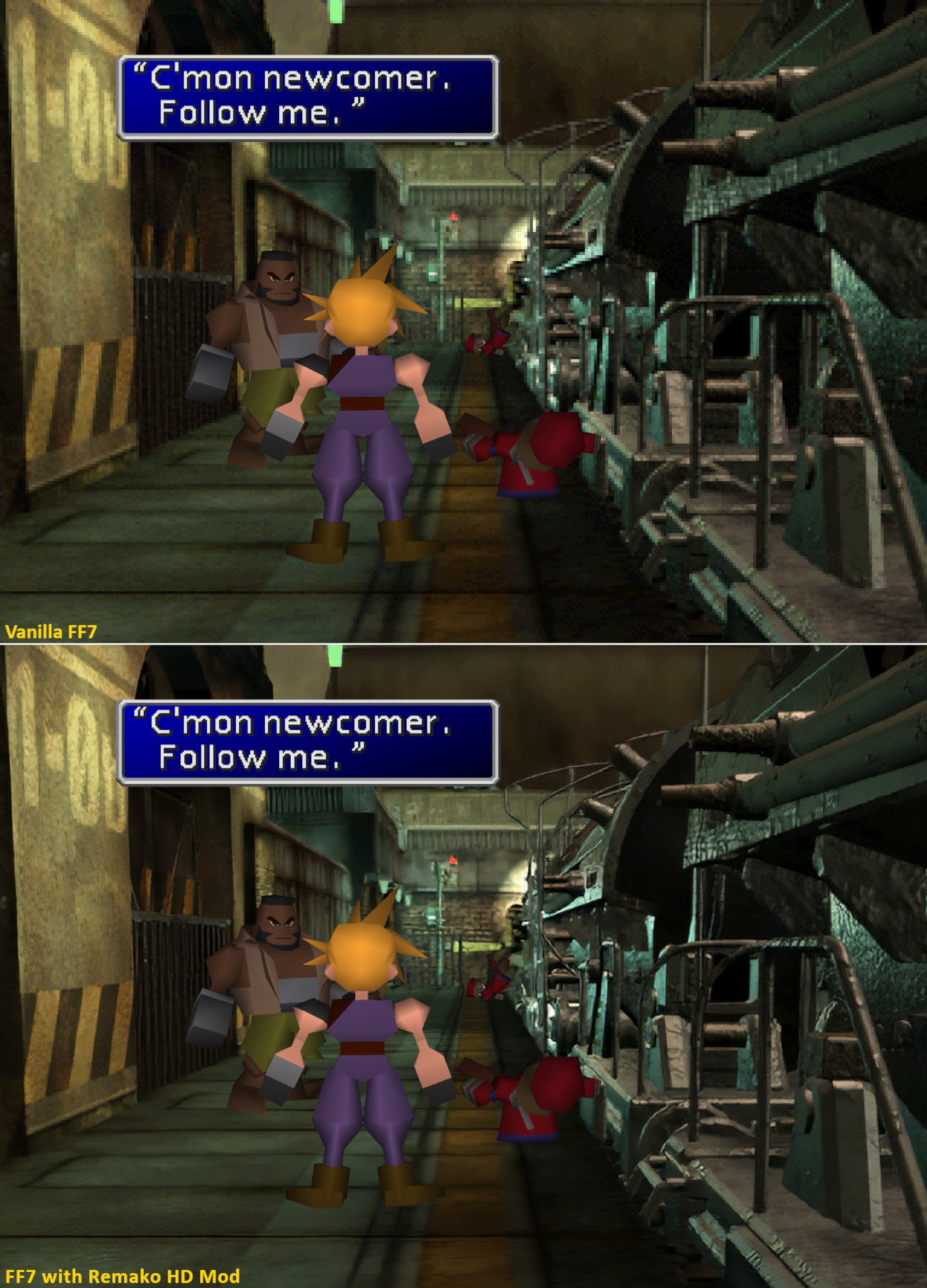 And the dreamed monsters of Doom NeuralUpscale 2x by "hidfan": 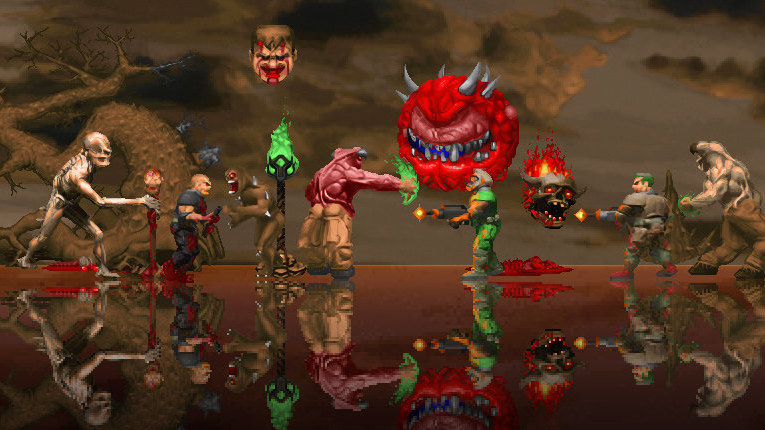 These are better than many neural net enhancements out there and they're, like, fine. They add more detail and look clearer and don't have that awful oversharp look, but I think I still prefer the originals. The games don't look like themselves with these dreamed textures. The algorithms don't understand what something is supposed to be, they only try to make it look more like itself. They introduce a strange style, which obviously I'm into when it's intentional but puts me off otherwise.

I think part of my issue is that low-res textures are suggestions for the imagination, a smattering of pixels to convey the idea of what a surface is supposed to be. They exaggerate, they fake, they trick. Lacking our fancy modern lighting and shadowing tech that can simulate many properties of real materials, they needed to evoke rather than capture, living in the imagination not the eye. They're abstract and unreal in a pleasing way. Adding more detail to these textural suggestions and low-fi worlds makes higher-resolution remakes and hallucinations feel more artificial to me.

No, push those neural nets into cyberhell with the likes of Deep Dream Doom: 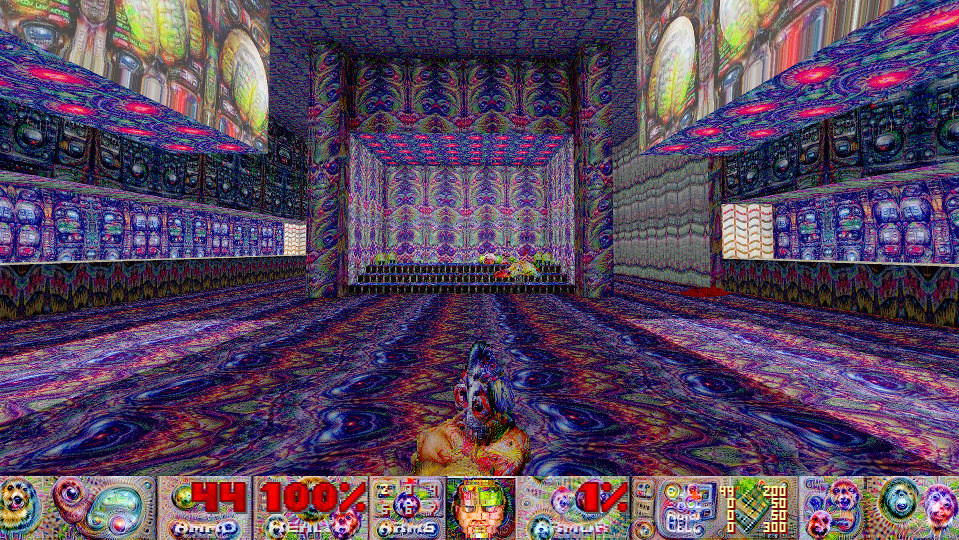