Jumbo-scale World War 2 FPS Hell Let Loose launched into early access yesterday, and after some launch-day troubles seems to be gaining the acceptance of the historical shooter crowd. While developers Black Matter have at least one full year of development still planned, players can jump in now for some gritty squad combat on a massive scale, with huge maps and fifty players a team. Forests are dense, bullets are very deadly, and artillery is a nightmare. From what I've seen so far, it seems like a good pick for the tactical squad chatter crowd. See the launch trailer below.

Hell Let Loose feels like an interesting mid-point between gritty simulation shooters and faster, more accessible multiplayer games. The maps are enormous, so that fifty players are still spread thin. Battle lines move up and down the map, and there's more focus on logistics than most. Forward spawn points have to be built, a process that takes a few moments, and it feels like voice comms are practically a requirement. It's not quite as fiddly as the likes of the Arma games, but there's a distinct strategic edge to it beyond your usual Battlefield V charge-respawn-charge loop.

The cost of this scale appears to be a squeeze on hardware. The game can chug even on high-end machines once there's a lot of smoke on the field.  Black Matter have a pretty structured roadmap worked out, and the next big update due for the game will add that most iconic of World War 2 meatgrinders - Utah Beach, but on a larger scale. After the initial landing, allied players will have to fight a ways inland to secure a win. While they're still on the beaches, those planned flamethrowers may help clear out bunkers. There's a lot more vehicles on the way, too. 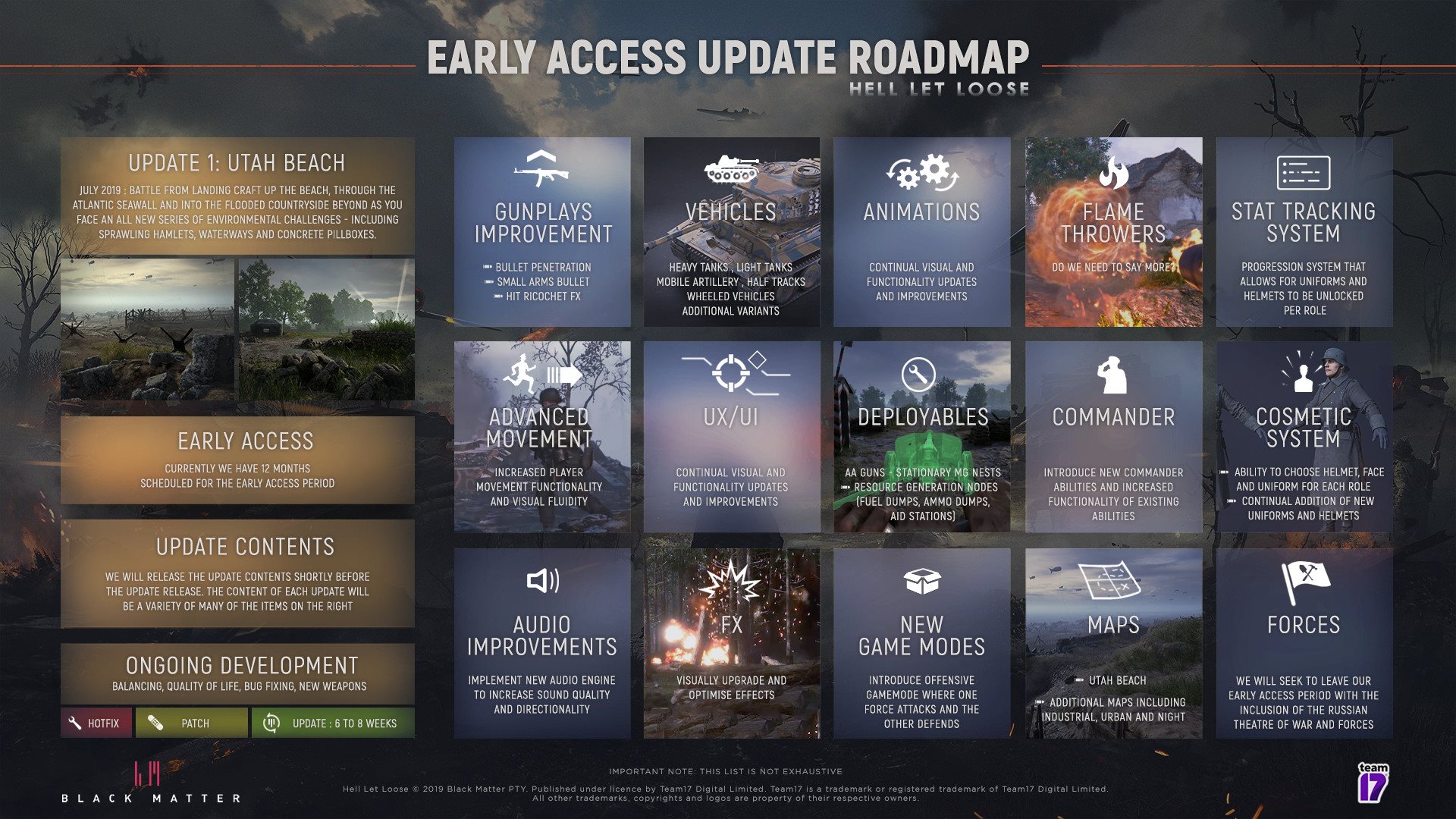 After an initial launch day crush, the prevailing criticisms seem to be that the early access version is smaller in scale than the original Kickstarter-backed vision of the game. While still very large by FPS standards, the maps are smaller than ones seen during alpha testing, and the strategic side of the game has been pared down in favour of accessibility. Still, you can't please everyone - for every complaint that this is an arcade arena shooter, someone else grumbles that the maps are too big. It's also literally just one day into early access, with a lot of room to grow and change. One for the Red Orchestra, Squad and Post Scriptum people to keep an eye on, perhaps.