The Overwatch League’s season three has hurtled towards its playoffs, locking in all of the places for next week. Although Shanghai Dragons didn’t have to make it quite so close, did they? My poor heart could barely take it. And now they’ll be facing New York Excelsior in the quarterfinals, a team that heard people (me) say that they were squarely in third place behind San Francisco Shock and Vancouver Titans and pulled off the only perfect run this stage to prove everyone wrong. Sorry, New York, we shouldn’t have doubted you. But also please lose to Shanghai.

Shanghai could not have made playoffs in a more dramatic way. Not only was it down to their last match, their opponents, the Philadelphia Fusion, would also be the team that took their spot if they lost. On top of that, old friends with matching tags Lee “Carpe” Jaehyeok and Bae “Diem” Minseong faced off for the first time in their careers, despite both being professional players for years. The League made a handy video with the two (though interviewer Danny Lim somewhat steals the show if you ask me).

It was, of course, Diem and the Dragons who triumphed, but they made it about as close as possible. Besides stepping off the point and letting Philadelpha just take it more than once, they completed Hollywood’s payload push with 0.1 seconds remaining.

They’ll need to clean up if they’re to beat New York next week. Excelsior have been on a run this stage, not losing a single match. Their two top of the table competitors, Titans and Shock, have been struggling a little to adapt to the spontaneously changing meta, but New York have been thriving in it, bringing back popular faces like Park “Saebyeolbe” Jongryeol, who’s been doing fun and sneaky things like this.

Yes, I left in the bit where he misses a skybound Pharah many times with icicles because it makes me feel better about my own inability to hit anything more than a couple of feet away. Sorry, Saebyeolbe.

Despite winning all of their games, though, New York have managed to demonstrate the continued collapsing of the gap between teams. Many of their matches were close, even against those who were theoretically much lower-ranked. They had to come back from 2-0 down against Dallas Fuel, for example, to break the top-three curse that seemed to be stalking the League with the losses handed to the Titans and Shock, and other games were close too.

During this week’s Atlanta Homestand, for example, they didn’t look as safe as they should have against bottom of the table Florida Mayhem. The increased prevalence of damage dealers has meant that some teams can rely on highly mechanically skilled players to turn fights around quickly, letting them challenge even the best teams. (For Florida, that’s clearly Widowmaker ace Ha “Sayaplayer” Jungwoo.)

The Atlanta Homestand also meant some extra fun for the crowd, like desk analyst Bren Hook facing Andrej “Babybay” Francisty in a Widowmaker duel. It’s always good to get a benchmark for just how much better at the game these professionals are. And to see whatever this definitely-Twitch-terms-of-service-breaking outfit is. 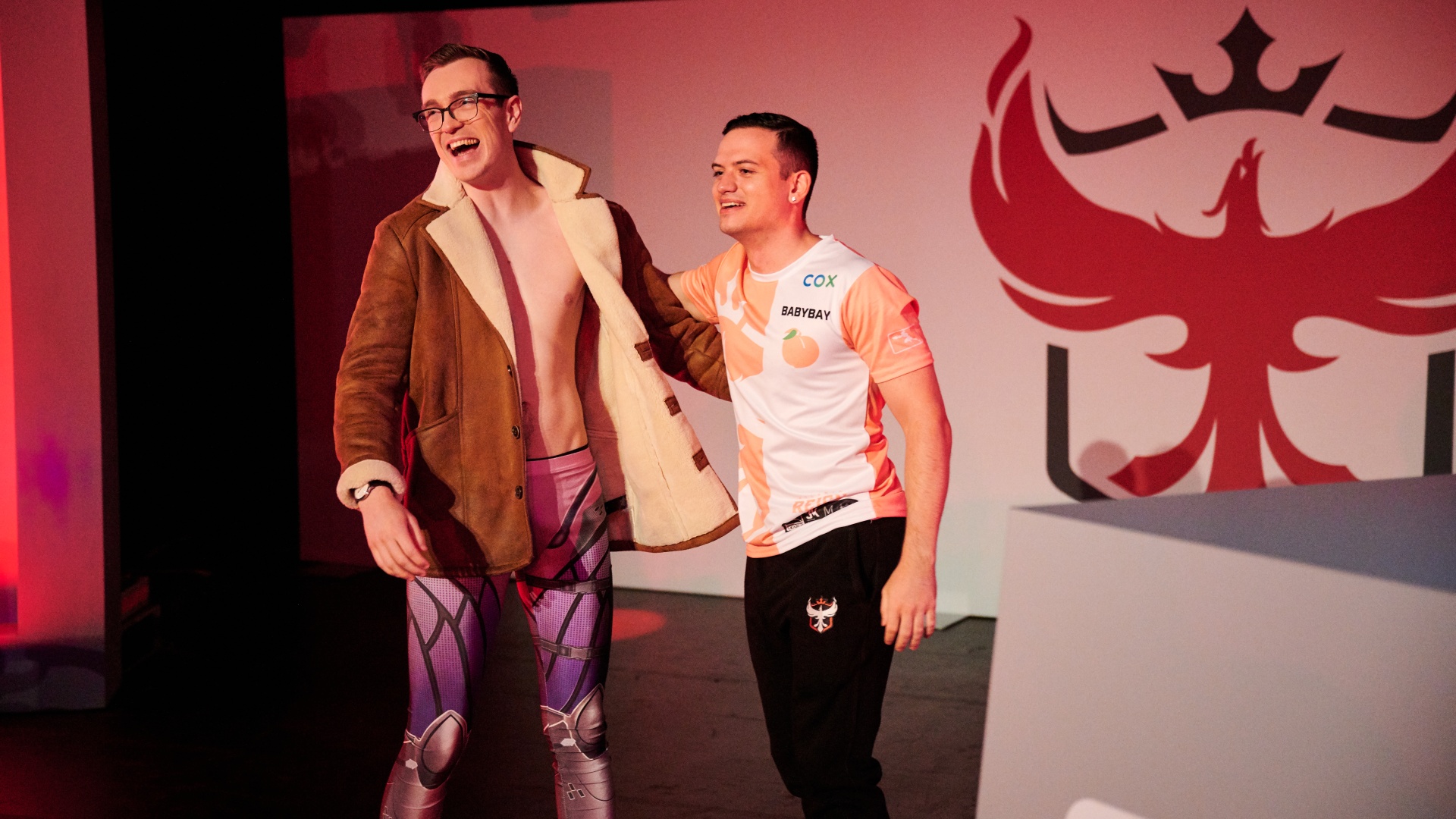 And if you’re wondering what incredibly tense, exciting moment the header image for this article is capturing, it’s a Torbjörn hammer kills only fight between Liam “Mangachu” Campbell and Daniel “dafran” Francesca. That looks like this.

I’m not sure it’s going to take off. The thrill of a hammer kill in a competitive match is that it requires very specific circumstances – you’d hardly ever see a Torbjörn in the first place, let alone have them in the position to melee an enemy to death.

Next week’s playoffs have a delicious amount of upset potential. New York is known to throw them away, and Shanghai have the power of the storyline on their side. And Seoul Dynasty, well known to cause the shakeups in playoffs, will be battling against San Francisco Shock, who proved mortal by losing to Chengdu Hunters a couple of weeks ago. Less likely is Houston Outlaws beating Vancouver Titans, but that just means it would be more wonderful if it happened, and with how many unexpected results have been flying around this season, you can never say never.

The other quarterfinals match is between Los Angeles Valiant and Hangzhou Spark, a closer match in theory than any of the others. Valiant have come around from their winless first stage, but Spark have almost flown under the radar despite actually currently ranking higher than last stage’s victors San Francisco. They’re also both personal favourites, but I think the Valiant has my support on this one because going from winless to stage victors would be the ideal redemption story.

Until then, here’s the glossy face of esports vs. the truth once you actually get down to it, handily shown by the Atlanta Reign’s two very different promotional phoenixes.