Today is the 30th birthday of perhaps the most iconic PC game of all time, Microsoft Solitaire. On this day in 1990, Microsoft launched Windows 3.0, which came with the card game that would grow to be despised by officer managers and IT teachers alike. Microsoft claim that even now, there are "more than 100 million hands played daily around the globe." So if they're so proud of it, why is their 30th anniversary merch such ghastly garbage? They've missed a huge opportunity to use one of the most striking images in PC gaming history.

Celebrating the big day in a blog post today, Paul Jensen, the studio head of Microsoft Casual Games, revealed that now they have merch. It is... 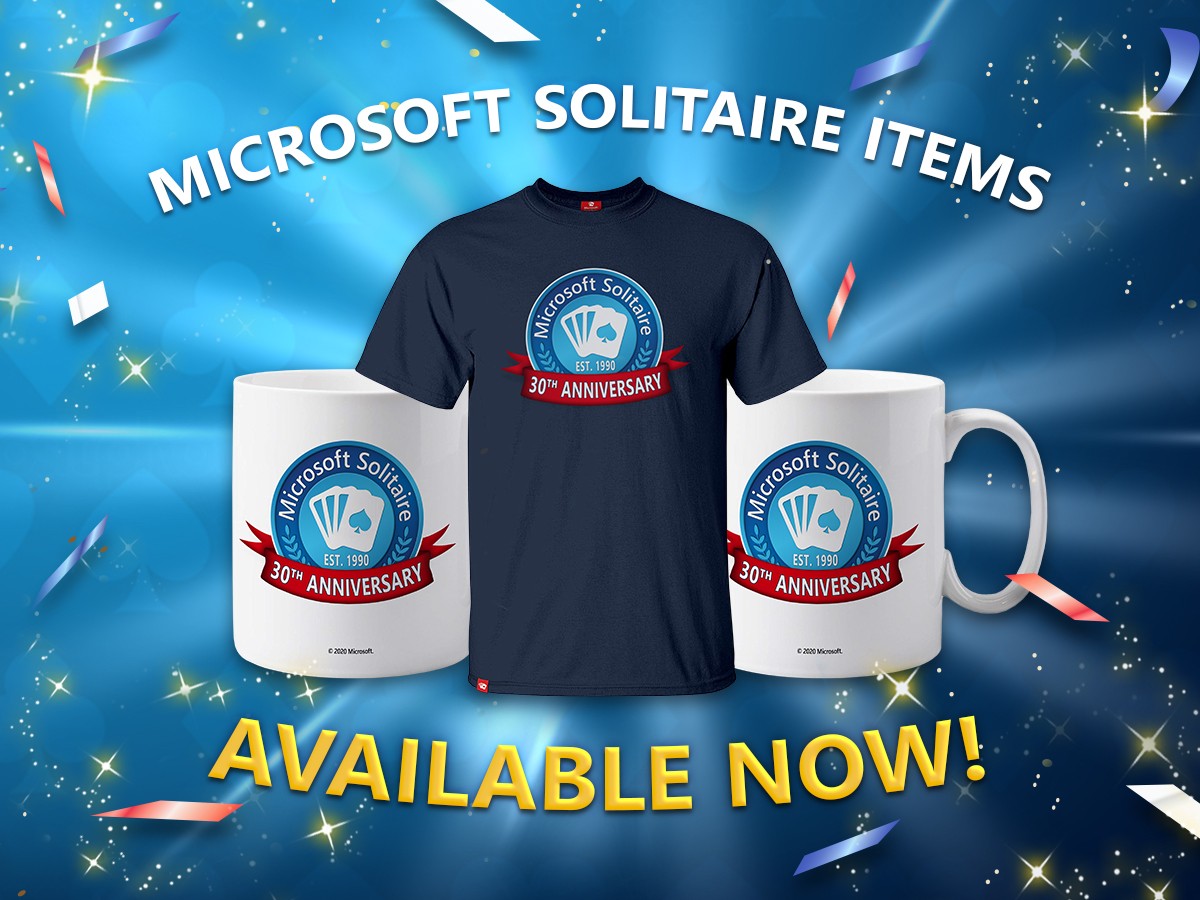 This is a terrible missed opportunity. Solitaire contains a deeply cool and thrilling sight that would be mighty bold on a shirt: the post-victory cascade of cards.

I have hastily and sloppily mocked up some vague sense of what I mean, using custom print-on-demand store Printful (idk it was the first Google result w/e) and the Wining Solitaire browser toy by, ahem, "Mr.doob" (which lets you trigger Solitaire victory cascades as you please and is very fun). This sorta thing: 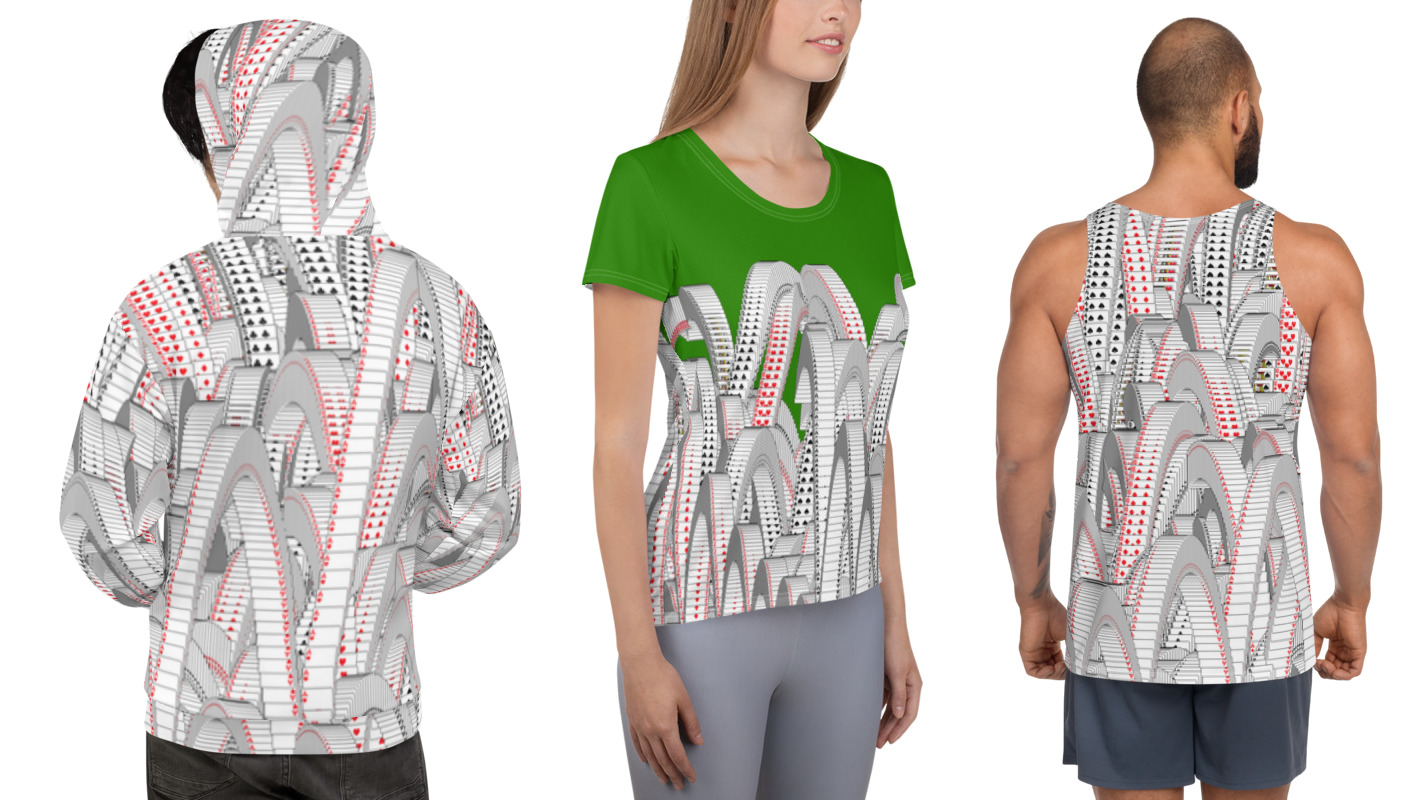 Now imagine that idea in the hands of anyone who had, like, any design sensibilities or the vaguest awareness of the human form. As I have previously stressed to a degree that's almost suspicious, I do not buy video game merch and I would not buy these either. But I would at least respect them. I would respect the hell out of them.

Microsoft Solitaire started out as a fun little thing written in 1989 by Wes Cherry, a Microsoft intern who wanted the card game on Windows after playing a version on Mac. Then, the story goes, Microsoft thought it would help people get used to dragging and dropping using a mouse (novel, at the time) and included it with Windows 3.0. Cherry told more of his story on Reddit four years ago:

"At the time there was an internal 'company within a company' called Bogus software. It was really just a server where bunch of guys having fun hacking Windows to learn about the API tossed their games. A program manager on the Windows team saw it and decided to include it in Windows 3.0. It was made clear that they wouldn't pay me other than supplying me with an IBM XT to fix some bugs during the school year - I was perfectly fine with it and I am to this day."

Microsoft are today trying to set a record for "the most games of Microsoft Solitaire completed in one day", through the modern Microsoft Solitaire Collection available on the Windows 10 Store or in your browser. You have to pay actual money to get the old card backs so, frankly, who cares.

You can buy that official t-shirt and mug from the Microsoft Store, but don't.