In 2013, No Man's Sky released a trailer that showed some big beefy sandworms. But, when the game released in 2016, there was not a sandworm in sight. Hello Games decided the glory of the sandworms was too much for us mere mortals. But today, it all changes. The sandworms cometh in No Man's Sky's massive 3.0 Origins update, which also adds billions of planets, loads of flora and fauna, weather systems and so, so much more.

When they announced the update the other week, Hello Games were pretty light on the details. God knows why, because one look at the patch notes will show you they have more than enough details to spare.

Existing solar systems are getting new planets, new flora and fauna have populated the universe, swamps and marshes can be now found on some worlds, as can towering alien buildings filled with treasure and data. Then, there are new technical improvements, like cloud rendering quality, weather and colour palette variety, better atmospheric lighting, and even UI improvements.

I've been scrolling through it all for so long and it never seems to end. There are so many cool new weather and atmospheric effects, too - Volcanoes and firestorms, meteor showers and shooting stars, planets that can suddenly change their gravitational pull, tornadoes! 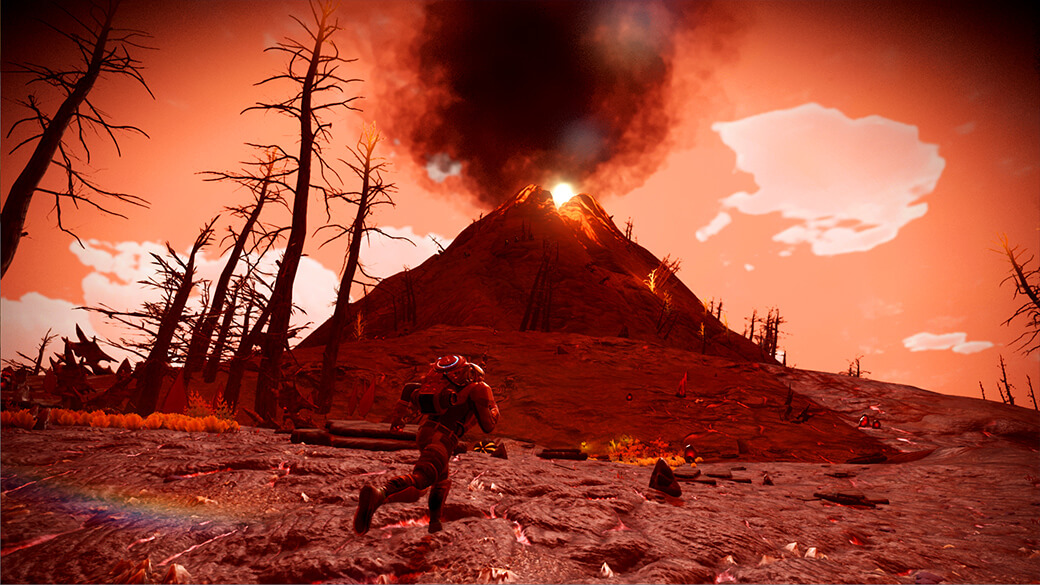 As for those infamous sandworms, Hello Games' Sean Murray told Eurogamer that they just weren't that fun to play against when they were first revealed.

"You got a little taste of how the people must have felt hunting for Spice in Dune, you know, just suddenly getting killed by these things, with no explanation," he said. "Ever since then, about every six months, somebody on the team will be like, 'Come over, have a look', and they've put the sandworms back in. We've had multiple stabs at it, and this time it just clicked."

They still sound a bit terrifying to play against, to be honest.

You can explore No Man's Sky and its Origins update today on Steam, GOG and Humble.

We thought No Man's Sky was already one of the best space games on PC, as well as one of the best VR games. After this gargantuan update, I reckon it'll land a spot on some future "best" lists, too.