One of my favorite parts of getting a press release is getting a press release that doesn't reveal any information about the game itself. You get a vague promise about a game that might happen someday if some people get together. Normally, I don't give that much of my time. This announcement is different. There's a new MMO and the folks behind it represent some of my favorite games in recent memory. I think you'll be stoked on this too.

Darewise Entertainment is revealing their new massively multiplayer online game, code-named Project C. What we've been told is that there is an emphasis on "memorable gameplay moments" which is, admittedly, as flimsy as a press release can possibly be. But beyond that there is a virtual world, fully simulated ecosystems, and a system that acknowledges permanent choices. Sure okay cool. Here's what really matters:

Project C is creatively spearheaded by the visionary talents of Thief designer Randy Smith and Dishonored and Half-Life 2art director Viktor Antonov. The pair is supported at Darewise by a crew of industry professionals bearing considerable AAA experience across a number of world-renowned franchises.

An announcement video about Antonov joining the team is available here.

Previously, Darewise has released ROKH which was a survive-em-up Mars game we previously covered here.

And here's a teaser image for the teaser name of the game. I.... I think we can do better than Project C and maybe we should get there sooner rather than later? Or who knows? Maybe that's the appropriate response.

So, yes, that all looks cool? I don't know. Sure. Lemme at that weirdo alien stuff.

Here's an image from the game's site which does a bit of showing off. I get it: you managed to get all of the most talented people from across the industry. Stop showing off. (j/k this lineup gives me The Thirst and I very much want to see where this goes from here.) 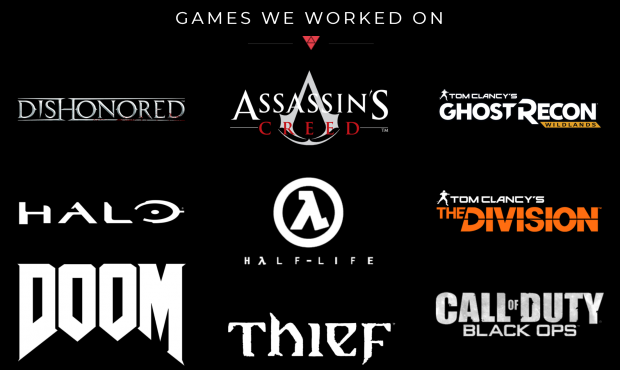 So yeah. I'm stoked on this. I love being excited for things that I have no concept of what they can even be. But I wish I could be a fly in this room to just hear all the good ideas gettin' pitched around.