I'm not good at Battle Royale shooters. Most of my time spent playing usually involves crawling through long grass or hiding in bathtubs, hoping desperately to make it to the final 15-20 players simply by being a no-show to combat encounters.

My second round of Robocraft Royale (a spinoff of Freejam's construction-combat sandbox Robocraft) saw me taking control of a railgun-equipped giant robot catgirl maid, ferociously bullying a rocket-equipped truck (which escaped, albeit totally disarmed) and later switching up to pilot a WW2 bomber to defeat a rival mecha-catgirl that had cheekily blown a hole clean through my pretty robot head.

What I'm saying is that Robocraft Royale might just be on to something special, and you can try it right now, free. 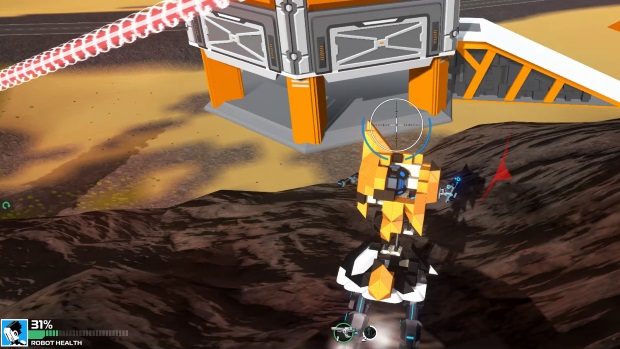 Unlike vanilla Robocraft, the Battle Royale spinoff doesn't allow you to build your own vehicle. Rather, you start matches in a fragile but maneuverable little buggy armed with a single light laser gun. The map is filled with abandoned vehicles designed by the Robocraft community and curated by the developers, and your buggy can possess any of them given five seconds without coming under fire. If your ride takes too much damage to be combat-viable, you can also bail back to your starting car out at any point although this takes a few seconds as well.

The end result is a Battle Royale game where you may switch between several completely different play-styles in a single round, and where no one weapon or vehicle is a hard and fast solution to your problems. Damage is granular and locational and there are no cockpits or 'weak points' to target, so savvy players will use any element of surprise to try to either disarm or disable a victim, picking off wheels, legs or weapons as the situation allows. You're not dead until you lose the vast majority of your vehicle's mass to enemy fire, either. 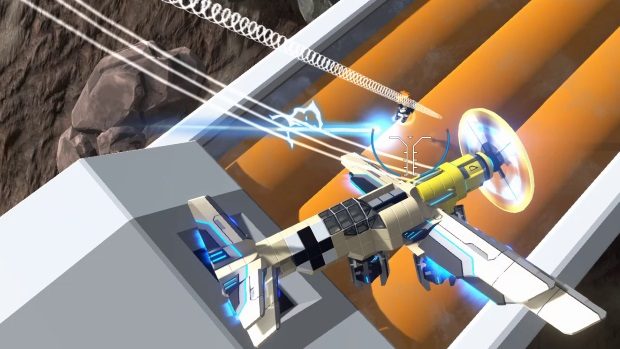 Not all vehicles are built equal. Some are straight-up tougher, shootier or faster than others, but their variety means that a savvy player can at least leverage the strengths of whatever ride they pick up, whether it's a wonky knockoff of Bender from Futurama or an efficient and lightweight VTOL gun platform. It's still early days yet for Robocraft Royale and right now there's no manual deployment option (you spawn in a random location), no powerups and little in the way of guidance. There's also no team-play mode at present, although all these things are planned for later versions.

Freejam describe Robocraft Royale as an experiment, and one that they're not sure whether they'll be taking all the way to the finish line. For what it's worth, I think they're on the right track here; a chunky, vehicular combat game full of surprises and improvisation, and I can't wait to see what they do with it next.

The Robocraft Royale public test servers are live now, and you can join in here.