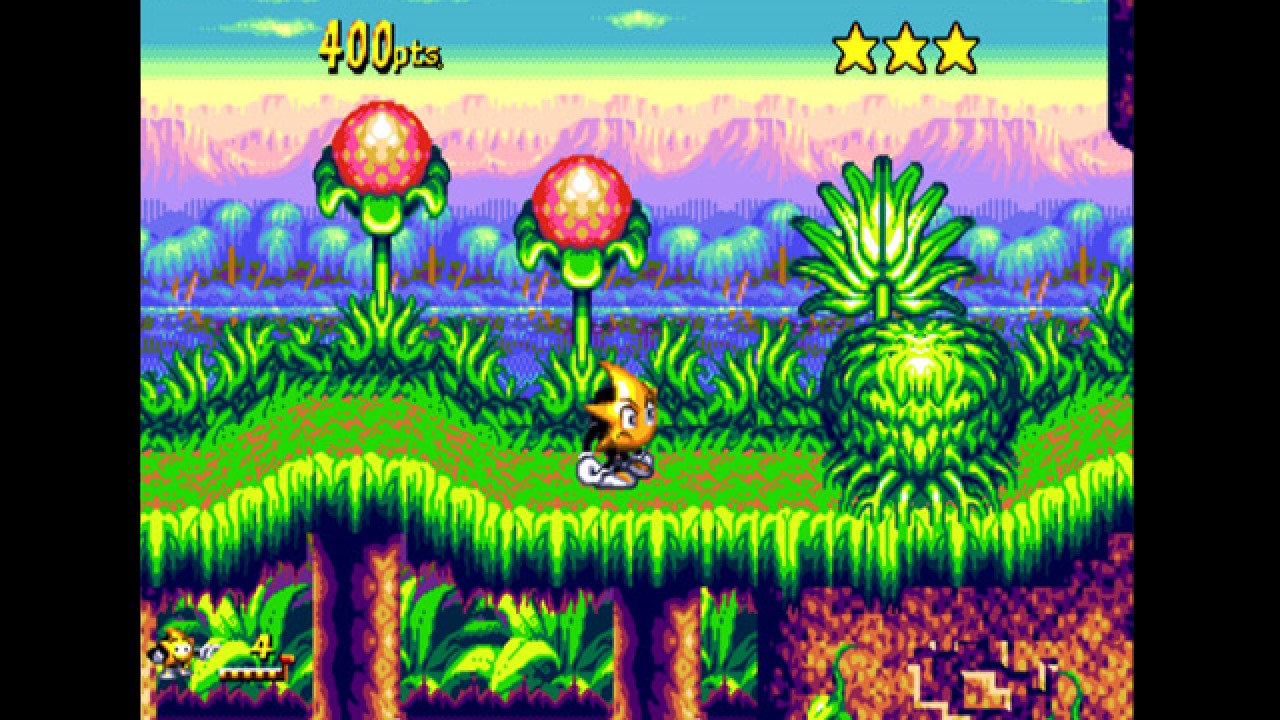 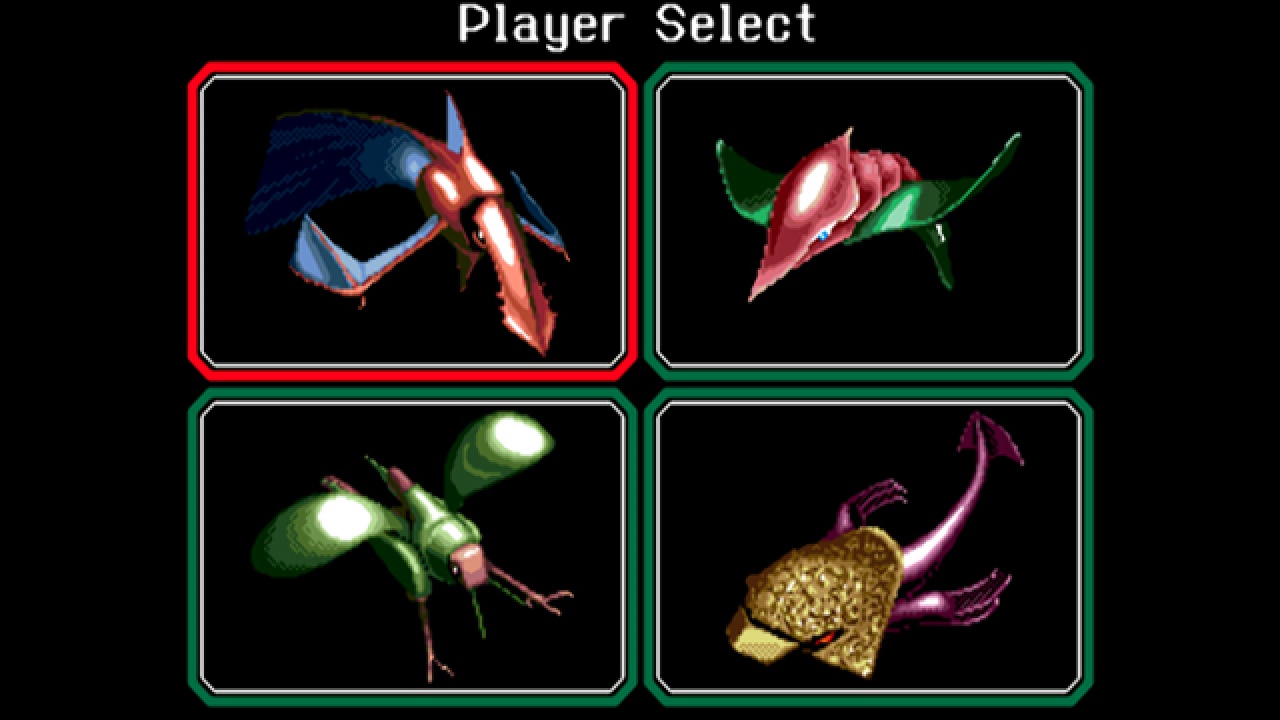 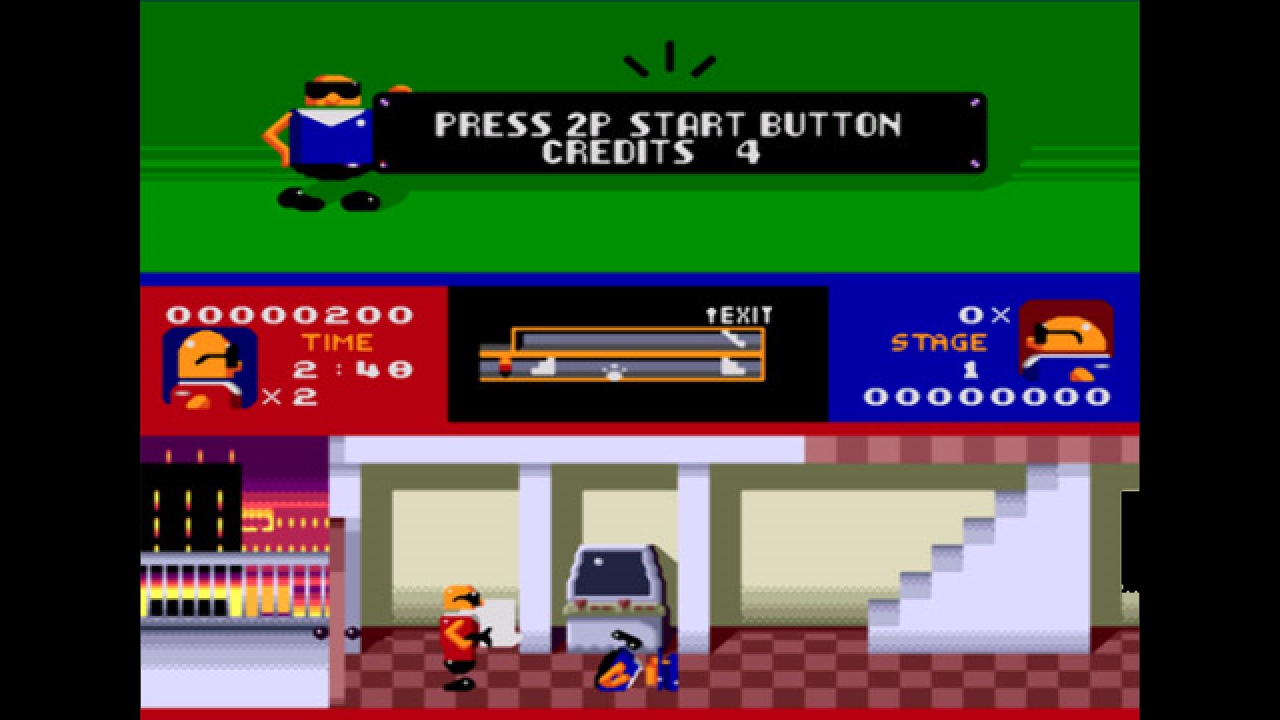 What 4X strategy games have to do with old Sega Mega Drive games (or Genesis, if you're uncultured), I'll never know, but Amplitude Studios (of the Endless series) are giving away a stack of old Sega stuff on their Games2Gether page this weekend. You'll have to sign up on their site and have the games automatically redeemed to your Steam account, but you can pick two of these five for free, from now until July 11th:

They're all played through the fancy 3D Sega Mega Drive Classics hub. Below, some videos, quick thoughts on each, and why you should pick Ristar and Bio-Hazard Battle.

This giveaway has technically been running since yesterday, but the combined enthusiasm of so many old Sega fans crushed the Games2Gether page. It seems to be running today, though. I've already got the full Sega Classics pack, so can't claim these games for myself, but I've heard mixed reports on how well the giveaway page is functioning right now. If all else fails, try again tomorrow. Anyway, here's the games:

Ecco 2: The Tides Of Time is hell. Claustrophobic, dark, maze-like. I don't even mind underwater levels with games, but the entire Ecco series are everything that people hate about getting lost underwater. I even liked the 3D Dreamcast one written by David Brin, but I still can't help but feel a terrible anxiety just watching these games. Sadly this isn't the enhanced Mega-CD version either, which was largely the same but with better music and a couple cheesy pre-rendered 3D cutscenes, which you can see above.

Bonanza Bros is possibly one of the first cover-based shooters, and one of the earlier mainstream stealth games. A slightly stealthy heist-action game with split-screen co-op, you're able to move a little ways into the background in order to hug walls and avoid incoming gunfire. Being an arcade port - and a cut-down one at that (the arcade version had more levels) - means it won't take you long to get through once you've figured out how to outfox each guard type.

Bio-Hazard Battle is a side-scrolling shmup that stands out for the crowd with its bizarre setting and player 'ships'. Players control one of four bio-engineered space-creatures, sent down to clear out a post-apocalyptic planet overrun by Giger-inspired mutant beasties. Even the box art tried to hide this, showing a (nonexistent in the game) generic spaceship front and centre. As an aside, the Japanese version was called 'Crying', which is far cooler, and it was the key inspiration for the gruelling and enormous Cambria Sword, which I wrote about here.

Ristar is one of the best platformers released for the Mega Drive. A bright, cheerful bouncy thing, a bit reminiscent of Rayman, but with thin rubbery limbs connecting his otherwise floating hands and feet. This allows him to stretch his arms out to grab things to either bash them, or catapult himself from. Great art, great music, just a good'un all round. Also notable for the US/EU version being extra grumpy for no sane reason. They just didn't like smiling characters in the '90s.

Fatal Labyrinth is the also-ran of this collection. A slow and clumsy roguelike similar to Chunsoft's old Mystery Dungeon games. It is almost entirely devoid of personality, outside of its cheery "Look! A pit!" delivered mere moments after one opens beneath you. There's a generic adventure guy, going through a generic dungeon to slay a generic dragon, claim a generic goblet and walk out. If all goes well, it's around two hours long.

Why Ristar and Bio-Hazard Battle? Because the former is a minor classic, up there with Sonic The Hedgehog as far as good Mega Drive platformers go. The latter because despite being unimaginative in terms of its action, it's wrapped in a great weird biomech aesthetic that we don't see nearly enough of in modern games. Horrible flesh walls and pulsating monster meat are hard to make look right, I guess.

You can snag the games on Amplitude's Games2Gether page, although you'll need to sign up, log in and pair it with your Steam account to redeem the goodies. Failing that, the Sega & Mega Drive Classics Collection is £25/€30/$30 on Steam.