Let’s get it out of the way: I have not played the Shenmues. For some this admission will immediately disqualify me from having a valid opinion on one of the most eagerly awaited (and expensive) Kickstarter throwbacks in history. I know how this will go. I will tell you I have played a bit, that the characters feel wooden, that the English voice acting is laughably bad, that the translation seems questionable, that the whole game appears only to be a big old walkabout with lots of minigames. And then you will tell me to shut the flip up. What does this Shenoob know, you’ll spit. Who does he think he is? Coming into this beloved world of kung fu and forklift driving decades late and kicking the village dust in our eyes.

But wait, don’t roundhouse kick me yet. Because I just raced some turtles in Shenmue III, that game you are determined to like, and it made me happy, too. We’re not so different, you and I.

The demo was only 15 minutes long, just enough time to learn how to sprint between the shops and gambling minigames in the village of Bailou. This is the settlement where Shenmue II left its heroes – jacketed kicking fan Ryo, and mysterious dream invader Shenhua. Even the clock in the corner of the screen, denoting the game’s returning day and night cycle, barely had time to tick. But in that short runaround I managed to race turtles, bet 100 yuan on a game of rural pachinko, and was punched several times by a scar-faced bookie. 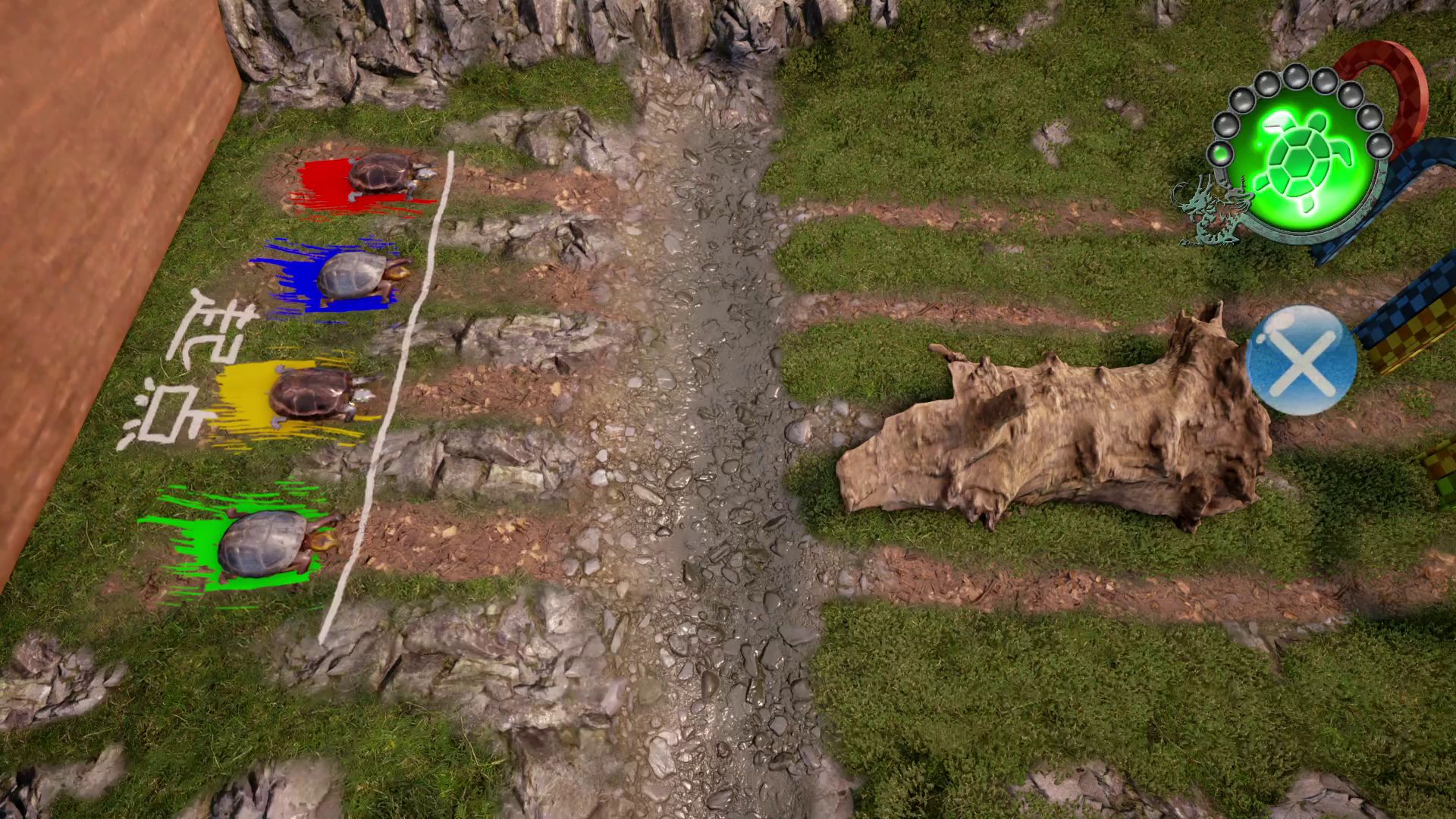 I stand by all the above criticisms (this is a game in which much of the wonk seems stubbornly baked-in) but wandering around the village I can quickly see the appeal. I play the Yakuza games, spiritual successors of these brawling life sims. So I understand the mentality needed to just lie in these worlds and soak up the minutiae. There was nothing in this demo to suggest the refreshing buffoonery of Kamurocho, but it still looked like a “platter game”. A world that offers you a taste of everything.

There were moments of silliness too. One of the first things I did was stroll into the village grounds and approach a child who was practicing Tai Chi in front of some old swings. “I need your help with something,” said Ryo, in such a flatly demanding and expectant voice that it made me burst out laughing. Imagine rolling into a foreign town and asking the nearest 8-year-old: “Hey listen, I’m looking for a violent man with a scar on his face. You know that guy?” This is some pure videogames. 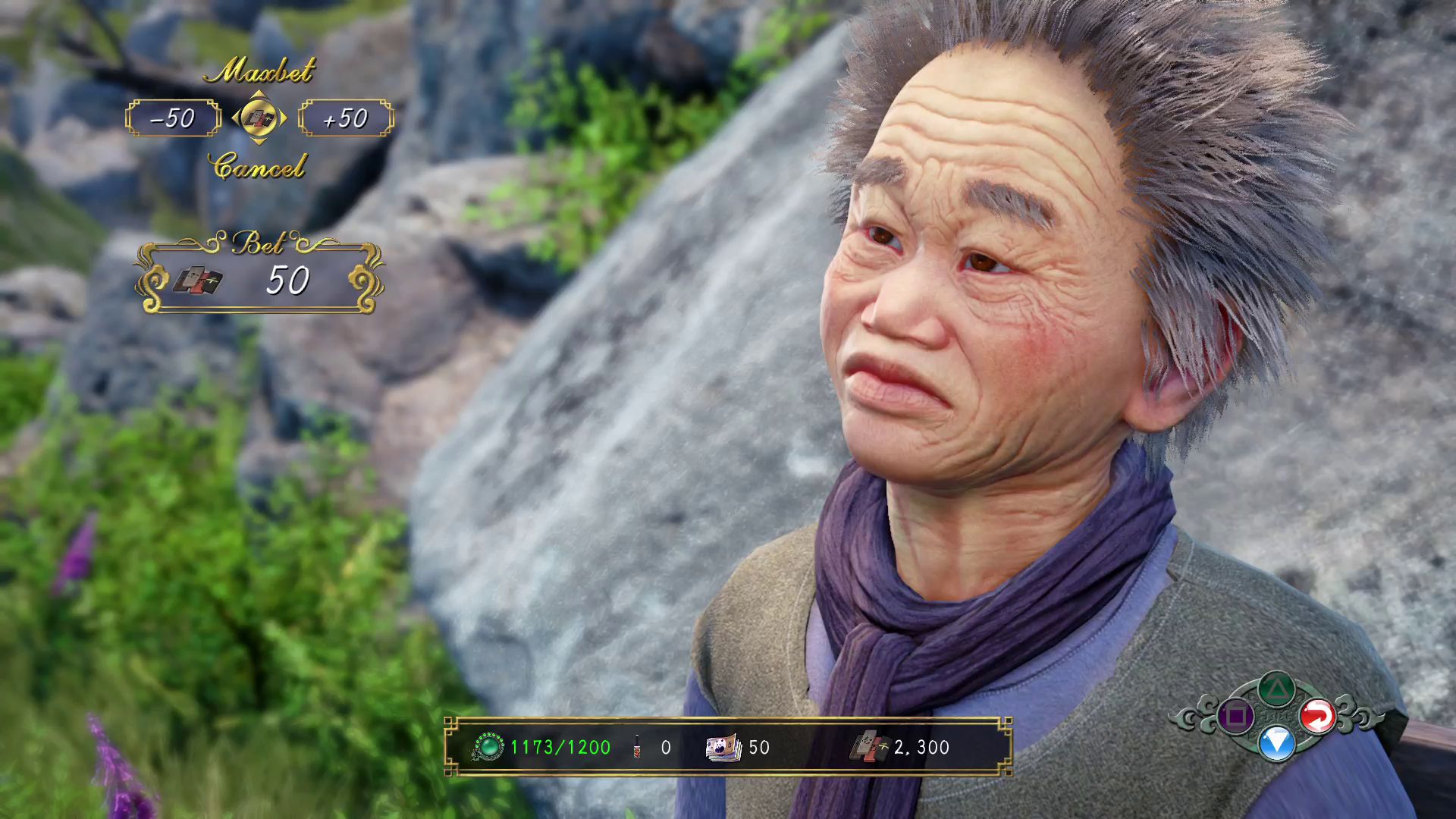 It still has an oddly two-faced art style. I mean that in a very literal sense. Some characters appear purposefully cartoonish, with caricatured features, like the grizzled shop owner who asked me to chop some wood (I refused – I’ve only got 13 minutes left) or the grinning attendant of the pachinko boards who has definitely rigged them to be impossible (I lost). But other characters, without that same attention to facial detail, look like weirdly smooth dummy people. And your main character, Ryo, is one of them. The fact that many villagers were standing around like mannequins does nothing to dispel that impression. 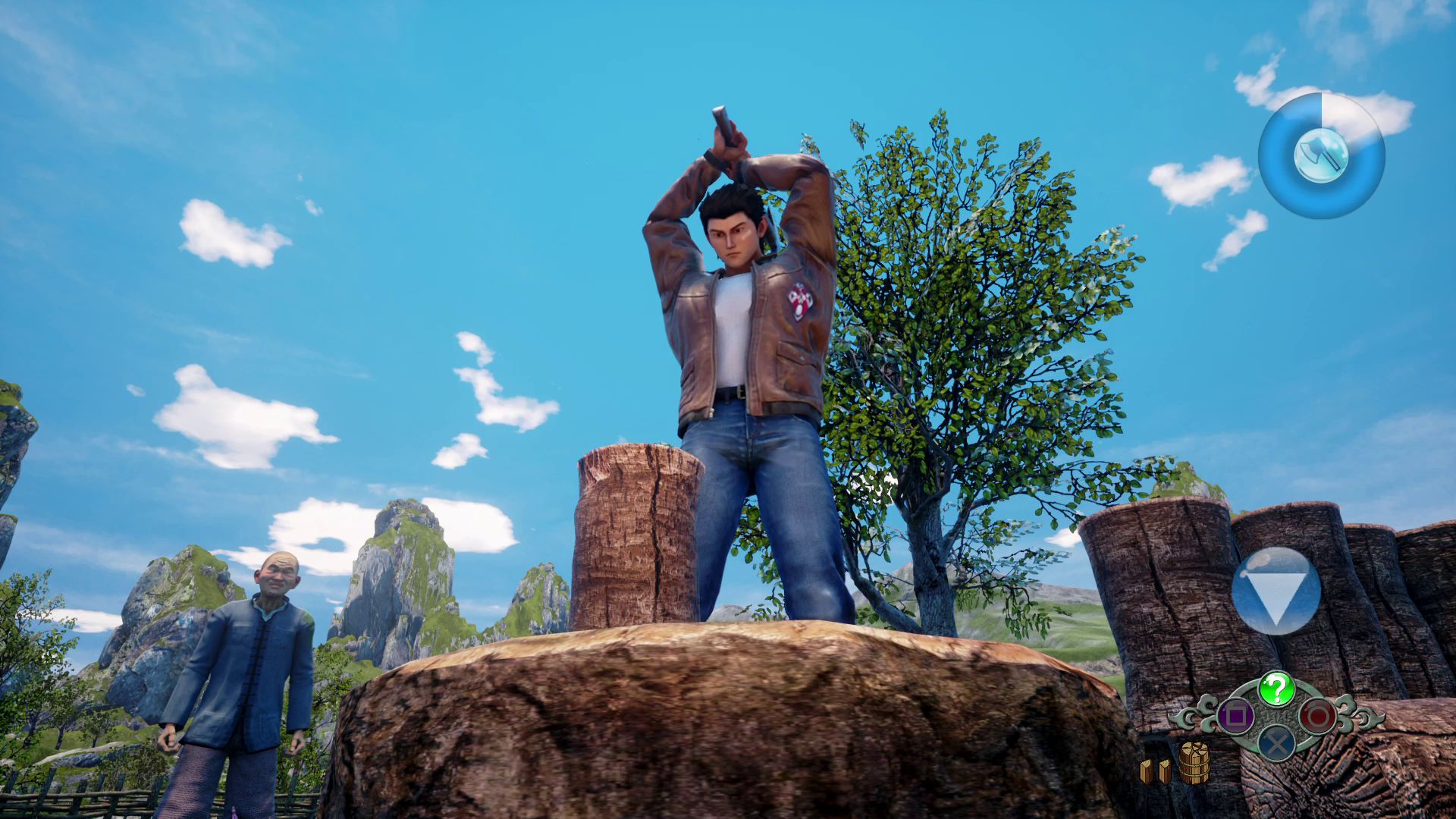 “Anyone who’s been in the industry for a long time know how much polish gets done in the last few months,” said Zoran Roso, marketing man at publisher Deep Silver, explaining that this still isn't final (the game is due out in November). “But then you always have to consider that Yu [Suzuki] has his own style. I’m not saying that’s ‘stiff people’ but some of the things will stay in there visually, because it’s just the style.

“We need to really think about the fanbase and what they expect,” he said. “I think they’d be quite irritated if they found out Ryo looks completely different.”

Roso was guiding me through the demo and told me that at least one person who came to play had cried with happiness at seeing the cult life simulator return. “For a lot of people it’s quite emotional,” he said. 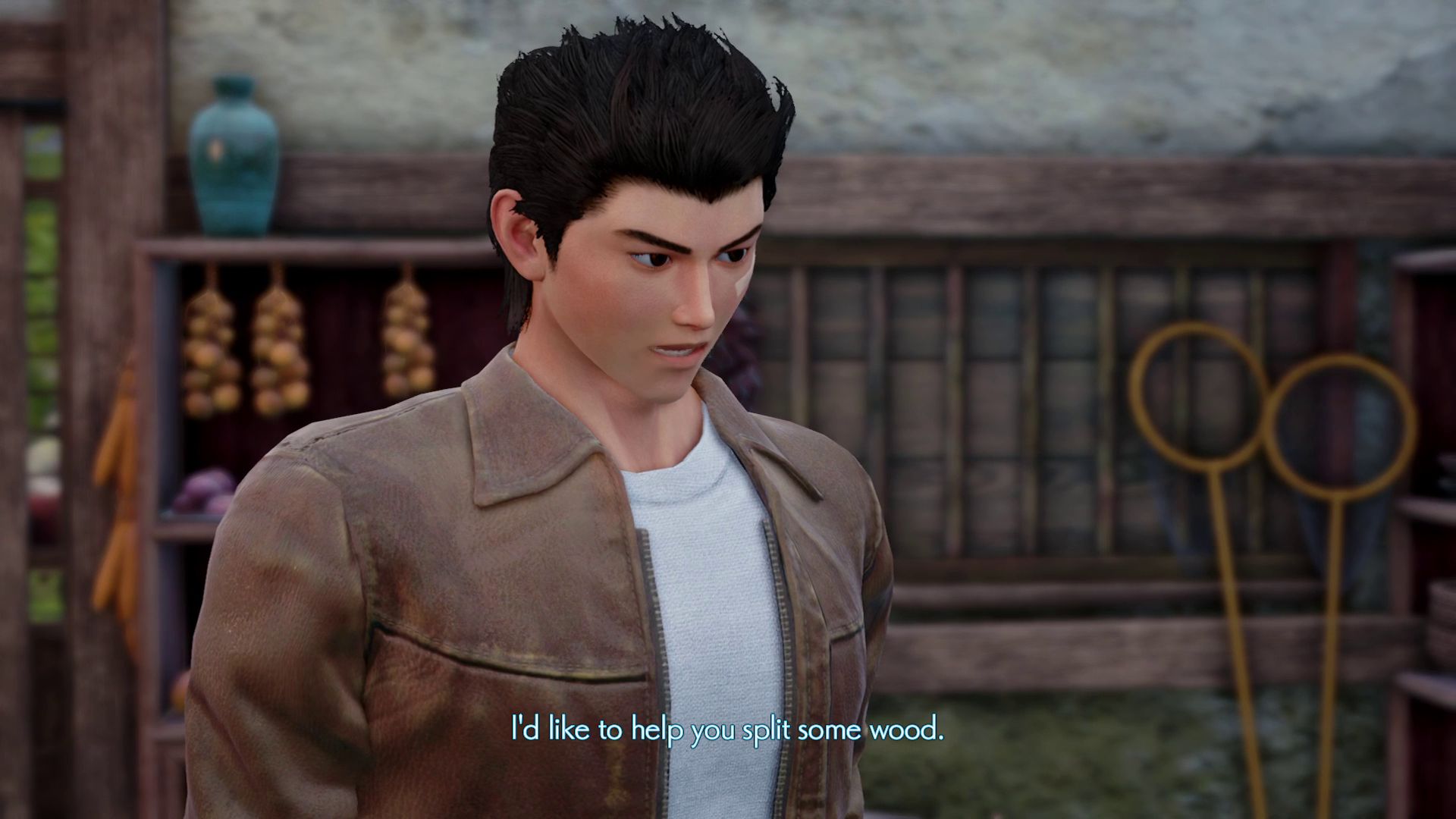 You would likely need to be an incredibly loyal Shuperfan to have that reaction to a game about chopping logs and gambling on water-dwelling reptiles. Myself, I’m not wholly convinced that the rigid torsos and permanently impassive face of our hero is all down some immovable “style” of its lead developer. But there is something bright and appealing about this quiet village. Even when things get violent. Soon after my button-mashing turtle game, I got into a fight, but the man was very kind about it. 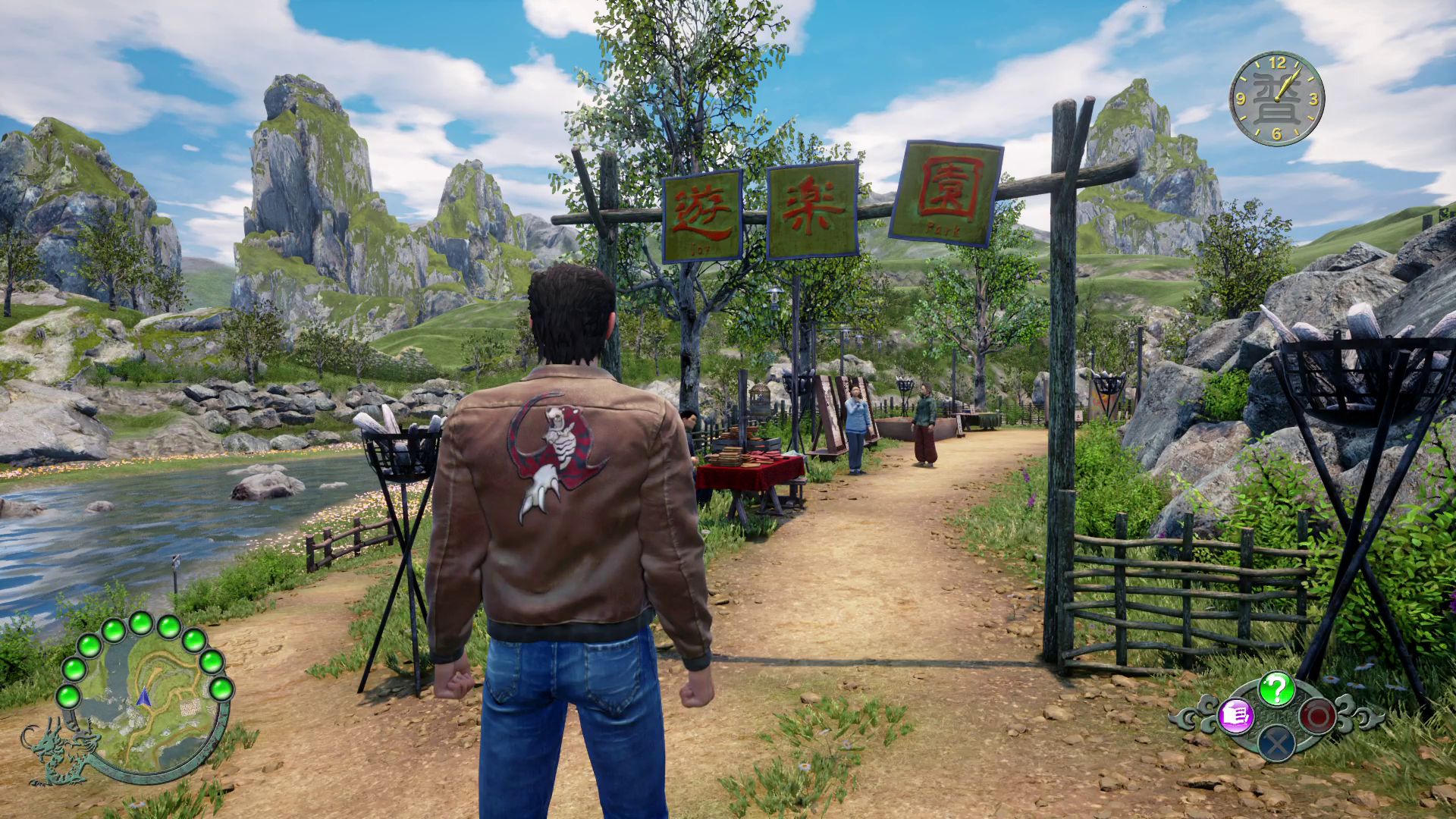 He’s the bookie with the scar I was after. The brawling seemed a basic matter of guarding with the left trigger and doing punches and kicks with the face buttons (using a controller here). Those strikes themselves lacked a lot of impact, and the whole dust-up felt pretty rudimentary as far as videogame fisticuffs go. I was told you can unlock new combos with skill books that you’ll get later. Roundhouse kicks, torso chops, and other kung fu moves I don't know the name for. Ultimately, in this short demonstration there wasn’t anything special about thumbing the buttons and watching my health bar. 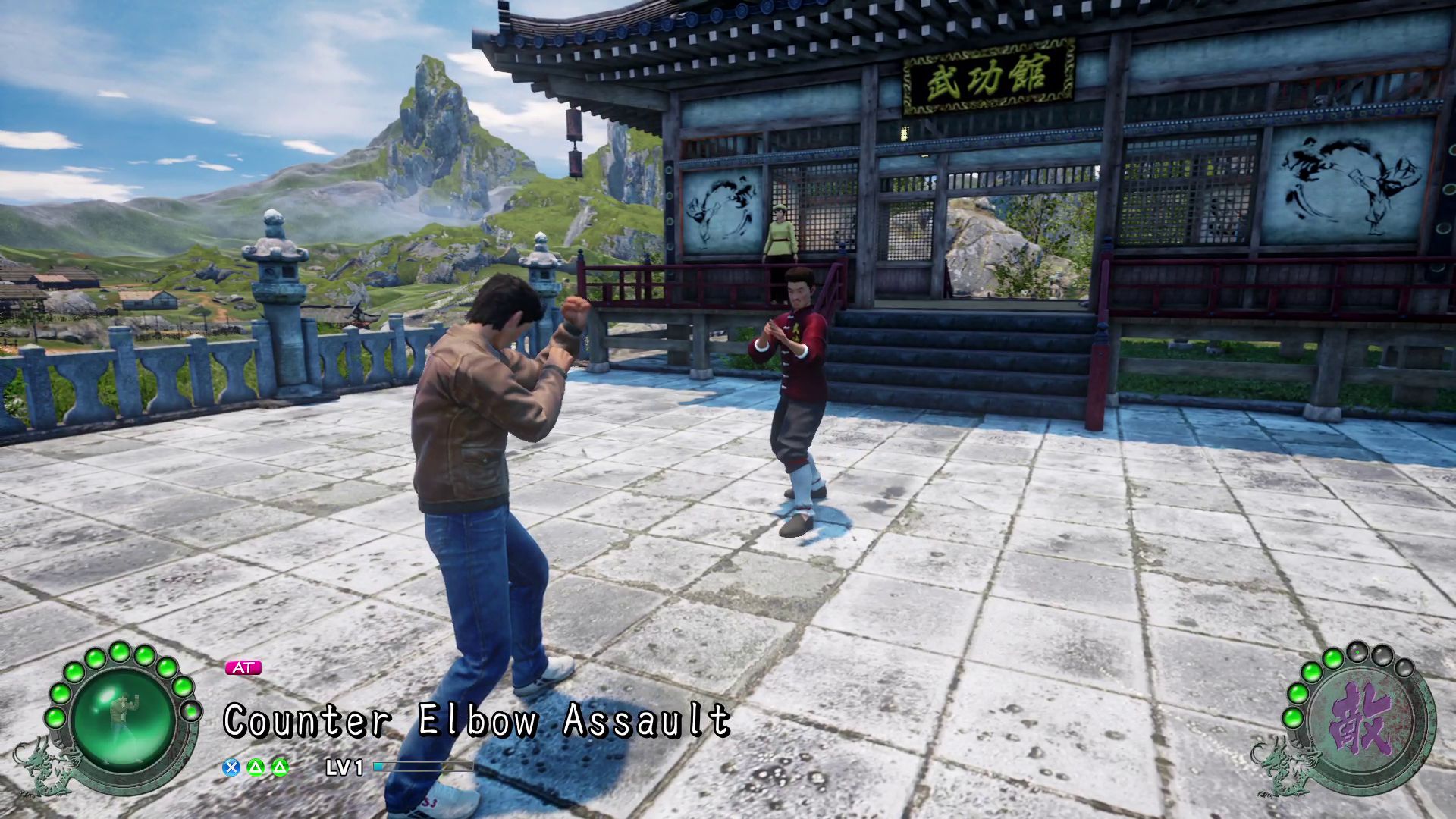 There may not need to be. This is one of those nostalgia-fuelled games fans seem almost determined to adore, and for a time I have lived in a state of unease because I suspect I will be the one delegated to review it some day. But then I remember that I don’t think Yakuza’s fighting is anything to email mum about either (dumb wrestling cutaways aside). That Kiryu’s adventures are also basically powered by their own silly variety, the minigames and side quests and mundane moments that all end up in big colourful bag together like a load of dolly mixture. And I march through those stories very happily.

I’m sceptical Shenmue III will reach that level of polish, given all the people in it currently reside in a valley so uncanny it is basically just a big weird canyon. But it looks more and more like the kind of thing that invites you embrace it without squinting too hard. Because, listen, there are chores to do, and kids to interrogate, and turtles to race. And you know what? When my 15 minutes was up, I wanted more.