Not everyone loves the new version of Star Wars: Battlefront. Some people (and I'm just vaguely referencing the general concept of people, not saying that this is something that I PERSONALLY FEEL STRONGLY ABOUT) some of these people, well, they like the old SWBFs. When the cancelled Free Radical shooter developed Star Wars: Battlefront 3 had footage leaked to the internet, a group of fans saw the potential of these ideas and set out to make their own finished project in the same vein. Things did not go well.

This was a few years back, and the development of this project wasn't the problem. It was the 2016 cease-and-desist from LucasArts. Which came as a surprise to no one. So the team at Frontwire Studios did what any enterprising group of developers would do: they rebranded. Now, their SW:BF3 spiritual sequel is entirely spiritual, with all the Star Wars elements swapped out for a whole new galaxy... far, far away from legally dicey IP law. And the Battlefront game has become Battlefrontish, which is actually more interesting to me.

Welcome to Galaxy in Turmoil.

In Fall of '07, Frontwire had promised a demo that we're still waiting on in 2018. But today, Reddit got a glimpse at some gameplay that was so well received, it yielded a quick YouTube video that we can share with you now. They'd really like you to know THIS IS NOT A TRAILER.

There's a lot here that looks like what I miss about the original, and I'm tickled to see what got re-imagined but what still looks like, say, pod-racing. Also, this prompt says "Press F to Pick The Egg" and while I don't know what the Egg is, or why it need be pick'd, I hope this becomes a meme. 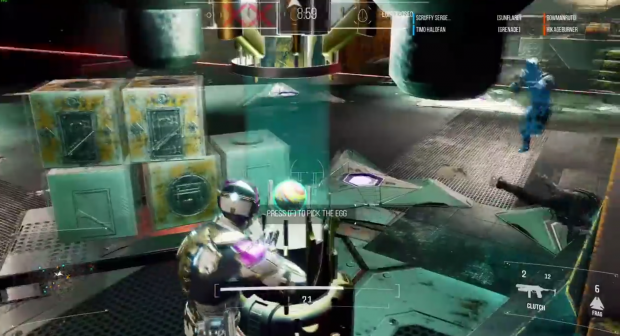 This shot just feels very Dead Space to me. Maybe I just like seeing bureaucracy in maps and know that, no matter where in space and time I go, there will always be boring work waiting for me. 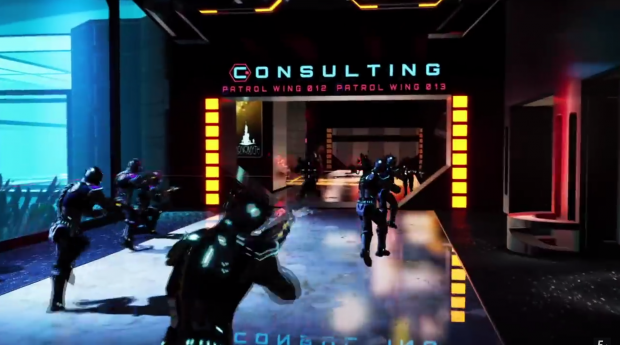 Frontwire is updating the game's community about testing and the like via the Steam page, which still promises and impending demo release. I cannot wait.