The Division 2 might already be a pretty top-notch loot-n-shooter, but even before its full release Ubisoft had unveiled a detailed roadmap of Year 1 content updates and DLC. There's an ambitious range of new features, specializations, and game modes lined up for players, all interspersed amongst three large DLC "Episodes" and a handful of smaller content updates. Our The Division 2 Year 1 Pass guide will walk you through everything to expect with the Year 1 updates, along with detailed information on what you'll get as part of the Year 1 Pass.

If you're after a more general overview on Tom Clancy's latest open-world third-person shooter, check out our main The Division 2 guide, which is packed with beginner's tips and links to our sections of our guides series, from The Division 2 best perks to all The Division 2 factions you can encounter during your travels.

The Division 2 roadmap video above provides some information on the structure of the coming year in terms of content updates and DLC releases. Two smaller free content updates are to be expected sometime shortly after launch, with three large free DLC updates coming in the subsequent seasons of Year 1: in Summer 2019 we have Episode 1 ("D.C. Outskirts: Expeditions"); in Autumn 2019 we'll see Episode 2 ("Pentagon: The Last Castle"); and finally in Winter 2019 the as-yet unnamed Episode 3 will arrive.

Click on any of the links below to be brought directly to a section of your interest. 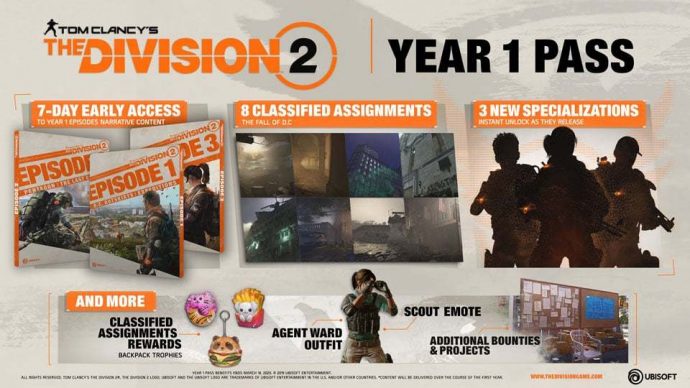 In tandem with all the content we are to expect for Year 1 of The Division 2's release, Ubisoft are offering the Year 1 Pass, which will cost £30.32/$40, and once bought will grant the owner 7-day early access to each of the game's upcoming Year 1 Episodes.

These bonuses will coincide with a selection of 8 new so-called "classified assignment" missions for Year 1 Pass holders which will "reveal more about the fall of D.C.", and a variety of exclusive cosmetics, from backpack trophies to outfits and emotes. You'll also receive special Bounties and Projects to complete throughout The Division 2, with one new Bounty per week and one new Project per day until March 1st 2020. 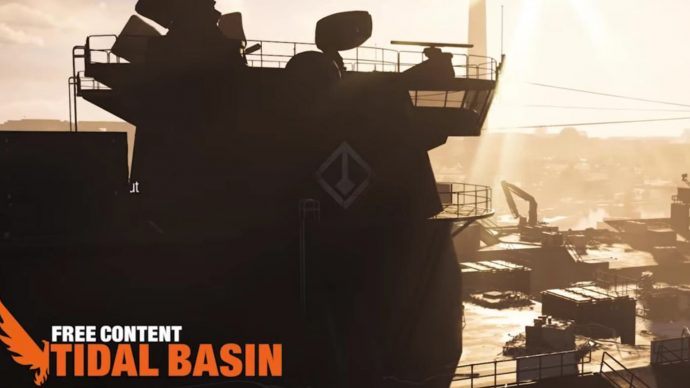 Tidal Basin is the first new content update for The Division 2, and while we don't yet know its exact release date Ubisoft have promised it shortly after the game's release. This update will introduce a new Stronghold ("Tidal Basin"), controlled by the Black Tusk faction, the last and strongest faction your agent can come across during your travels through Washington D.C.

Further details have not yet been revealed about this upcoming update, but we're promised a challenge in tackling this new and well-protected Stronghold.

The headline of Operation Dark Hours, the second content update to be expected after the release of Tidal Basin this Spring, is that it provides players with the opportunity to run the first eight-player raid in the history of The Division games. Again, we don't have too much detail yet on exactly what you and your seven friends will be doing exactly in these raids, but as mentioned in the trailer video above, teamplay and coordination will be paramount for success with these large-scale missions. 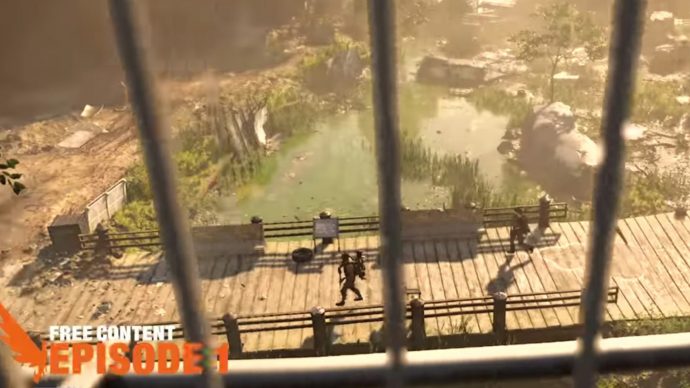 The first major update of The Division 2 Year 1 arrives in Summer 2019 with Episode 1, named "D.C. Outskirts: Expeditions". As the title suggests, this update will open up the world to include the lush greenery of the surrounding areas of Washington D.C. Two main missions will be introduced with this new Episode wherein you will "fight for the liberation of the city" - so basically, more of what you've been doing this whole time. No complaints here!

Episode 1 will also bring us an entirely new game mode to The Division 2, where you must form an expedition into the outskirts of the city to investigate the fate of a lost convoy. We'll also gain access to the game's fourth specialization, giving us a new signature weapon and skill tree to learn and master - though as to what this new specialization will be, we can only speculate at this point.

Episode 2, "Pentagon: The Last Castle", will arrive sometime in Autumn 2019, and will introduce a plethora of new main missions which will take the agent through the Pentagon and "unveil the secrets that hide" there. This will again coincide with the release of a new specialization and signature weapon just like in Episode 1, and undoubtedly a host of balance changes and minor updates which will continue throughout the year regardless of these major expansions.

When it comes to The Division 2's third Episode, we're remarkably lax on details compared with the previous two episodes. All we're told from the trailer at the top of this page is that the Episode, arriving this Winter, will "close the first chapter of The Division 2's storyline, and pave the way for even more content to come". From this we can safely assume this means at least one (and probably several) new main missions.

We'll also see the sixth and final of this year's new unique specializations and signature weapons, coinciding as always with a unique new tree of skills and perks to choose from to further customise your agent and your playstyle.

That's all the information we have so far pertaining to the Year 1 roadmap for The Division 2, along with everything that you can gain access to with the new Year 1 Pass. Hopefully you've emerged with a clearer idea of what is to come in the next year of updates. See you on the streets of Washington, agent.