It finally happened. The Overwatch League’s Shanghai Dragons, who lost every one of their 40 matches in the inaugural season, finally won one. Not only that, they took three straight maps with apparent ease from the Boston Uprising, former team of main tank player Noh “Gamsu” Youngjin, allowing him to show them what a mistake it was to trade him away to the Dragons with no warning just days before the season began.

And they say OWL isn’t an anime.

Gamsu might not even have had time to get a jersey with his name on it, but apparently he didn't need long to gel with his new teammates. After a shaky week one, the Dragons looked more coordinated than they ever did in the first season, when they were plagued with communication issues thanks to a split between Chinese and Korean players.

They also seem to have dedicated themselves to a potential key to beating the popular three tank three support meta, and her name is Sombra. The hacker hero can prevent opponents from using their abilities, leaving them vulnerable to attack, and Yang “DDing” Jinhyeok used that fact with cutthroat efficiency.

As a long-term Shanghai fan, watching it unfold was surreal. Sure, I cried when they won, but more than that it felt like the team's fundamental story was changing. Being winless was once the prevailing narrative for the Dragons, but now it’s only chapter one. With their new roster, strong tactics, and the League’s power rankings generally in a massive state of flux, who knows what comes next for them. It’s a new era, and one that the team’s massive support base will welcome with open arms.

The only bittersweet thing is that none of the Dragons’ season one players were on-stage when they finally won. All but three got traded out in the off-season to make way for fresh faces, but even those three were elsewhere. Off-tank player Kim “Geguri” Seyeon did at least help her team secure the first map before being subbed out, but main tank Lee “Fearless” Euiseok is currently out sick without any indication of when he’ll return. And damage dealer Weida “Diya” Lu hasn’t been played since the roster shake up, despite being retained.

Oh, and the part where they only let Boston push the cart a few metres while defending on payload map Rialto and it looked like they would clean sweep with a 4-0 victory, but then couldn’t reach that short distance themselves, allowing the Uprising to hold them to a 3-1. That felt like classic Shanghai.

Still. They won! It’s all down to the hard work of the players and staff, and also the inimitable good luck charm Uni, who came with Gamsu from the Boston Uprising. 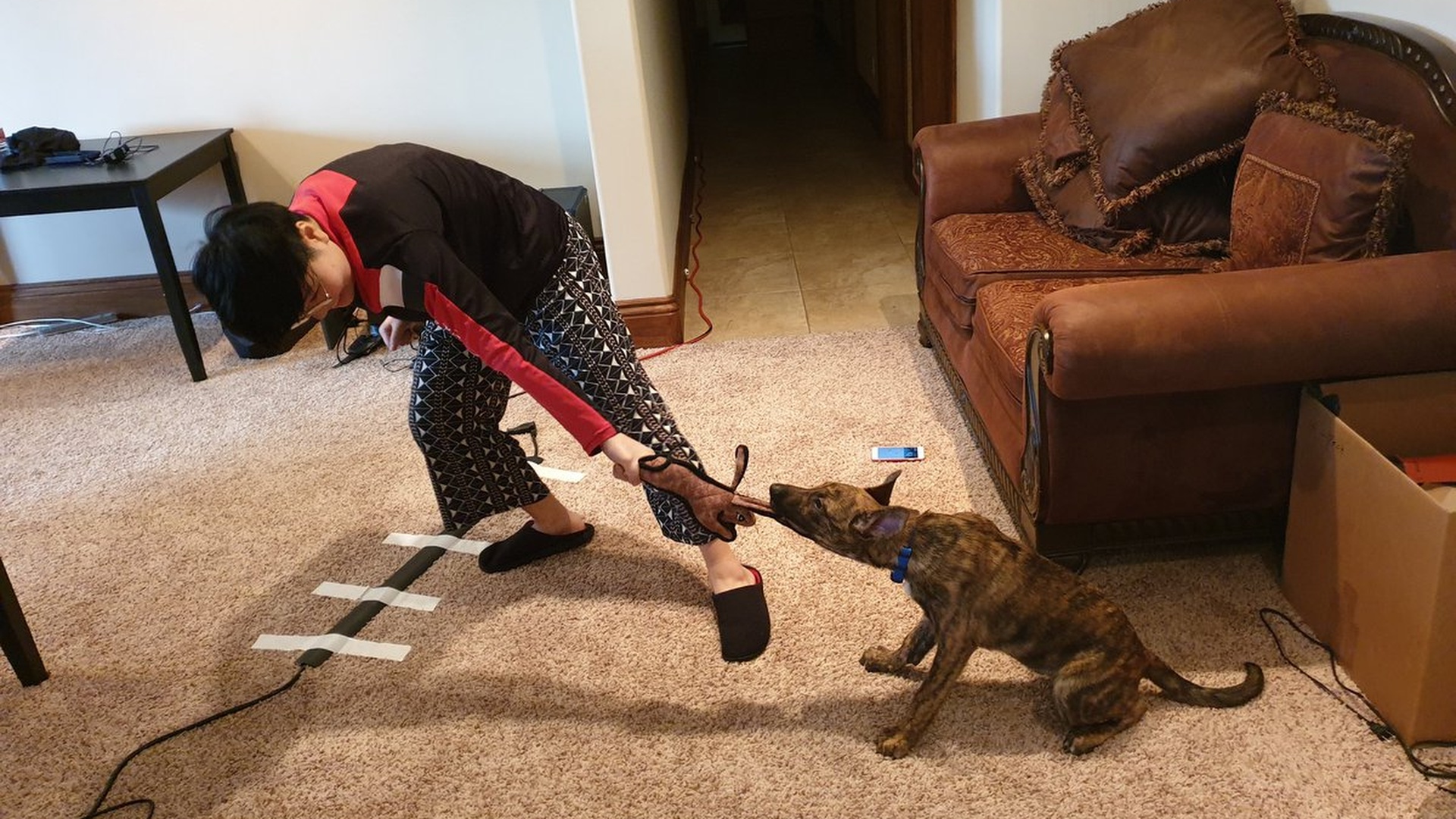 What a good boy.

I feel a winstreak coming for the Dragons, who face off against the Chengdu Hunters and the Dallas Fuel next week. This was just a warm up.