Nom Nom Nom Nom. Nom Nom. Nom. That was my impression of THQ Nordic acquiring various IPs as part of it's ongoing, unstoppable quest to presumably create some sort of bizarre Smash Bros knockoff where you can fight Sergeant Cortez from TimeSplitters as the goat from Goat Simulator. Warhorse, the team behind last year's Kingdom Come: Deliverance, is the latest studio to say hello to the inside of THQ Nordic's belly. Nom Nom Nom.

The deal takes place exactly one year after Kingdom Come: Deliverance's release, like some sort of witch returning exactly twelve full moons to the day to claim her prize after an unspeakable blood ritual. Or just a perfectly normal business deal I'm trying to make sound more exciting than it is. Probably that, actually. 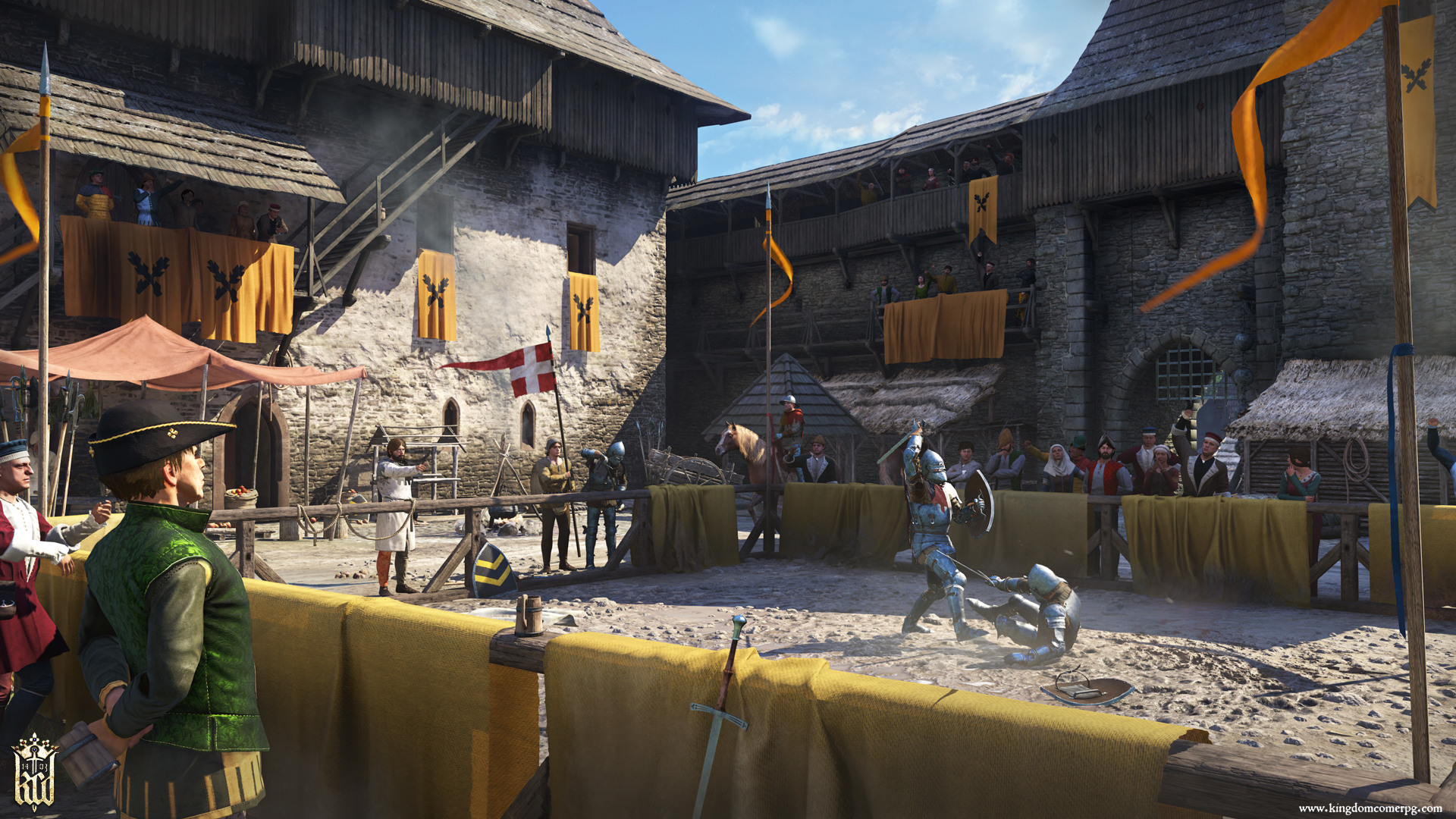 “Becoming part of THQ Nordic family is an important milestone for our studio,” Warhorse CEO Martin Fryvalsky said in statement. “We began as a small start-up with a handful of employees who were enthusiastic enough to join this challenging project. The skills of our team members, trust and support of our main investor and passion of our fans, who supported development of Kingdom Come: Deliverance through a Kickstarter campaign, helped us grow to an international level. We believe that backing by THQ Nordic will give us an extra push in our mission to bring exciting games to our customers and extend the frontiers of the gaming industry.”

THQ Nordic have been on a buying spree since Nordic Games first bought THQ's name and (some) properties. In the last six months they've bought TimeSplitters from Crytek, the Kingdoms Of Amalur IP, Alone In The Dark and Act Of War, Carmageddon, Outcast, plus Bugbear Entertainment and Coffee Stain Studios, the makers of Wreckfest and Goat Simulator (and the upcoming Satisfactory) respectively.

I thought was a lot to admire about Kingdom Come: Deliverance. There's not many RPG's that make you trek through the woods for an hour babysitting an irritating nobleman, and even fewer with the quest objective 'throw poo at house'. Equally, there was just as much to rightfully criticise. Still, the fact remains that it wasn't more TimeSplitters, and that's all that really matters here. Can I have some more TimeSplitters now please? Thanks.