In Call of Duty Cold War’s campaign, you’ll need to find evidence to help you complete optional side missions like Operation Chaos. These must be done as extra little bits in the missions. We’ve done it all for you though, so no worries! Here’s all the evidence and floppy disk decryption for Cold War’s Operation Chaos.

In order to complete Operation Chaos effectively, you’ll need to get your hands on three pieces of evidence in three separate missions. They’re pretty easy to grab once you know what you’re looking for, so just follow these directions and you’ll have all the evidence you need. Remember, you can replay campaign missions to get all the evidence through the evidence board.

In this mission, you’ll get to a point where you have Qasim in an interrogation sequence as you threaten to chuck him off a rooftop. The trick here is simple: don’t throw Qasim off the roof. Doing this will give you a coded message which you’ll need to decrypt later on. 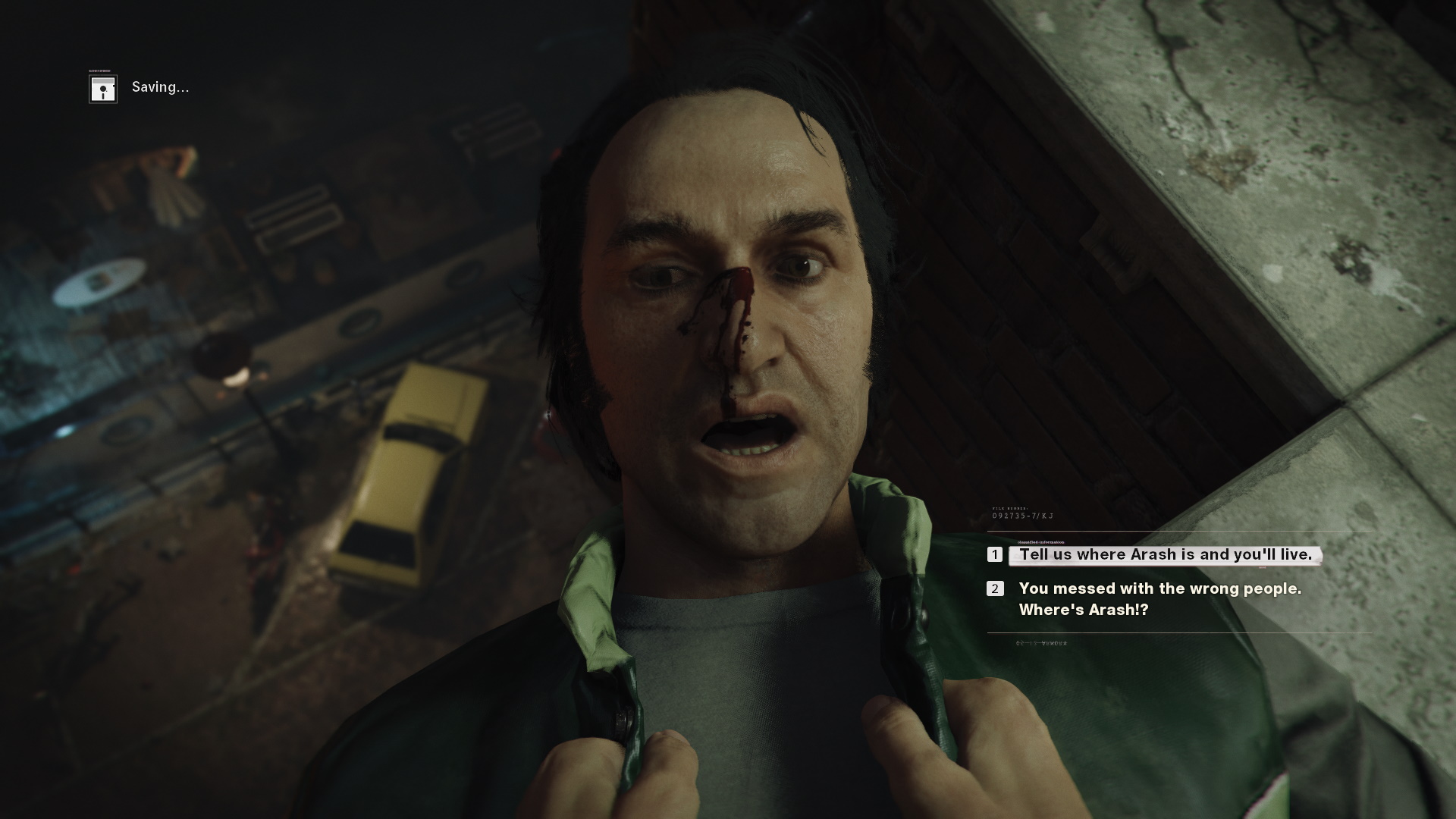 As you infiltrate East Berlin, you’ll meet up with a contact who’ll help you listen in to a potential conversational lead. However, before this goes awry, she’ll tell you about an operative who’s been captured. Agree to help her out before escaping the restaurant, and you’ll then be able to follow a second quest marker. Once you’ve snuck through the streets into this building, take out the two guards at the desks (and the one sleeping next to the agent if you want), and take a look at the desks they were working on. One of them will hold some incriminating evidence about your potential rescuee, and the other will have the film reel evidence you need for Operation Chaos. 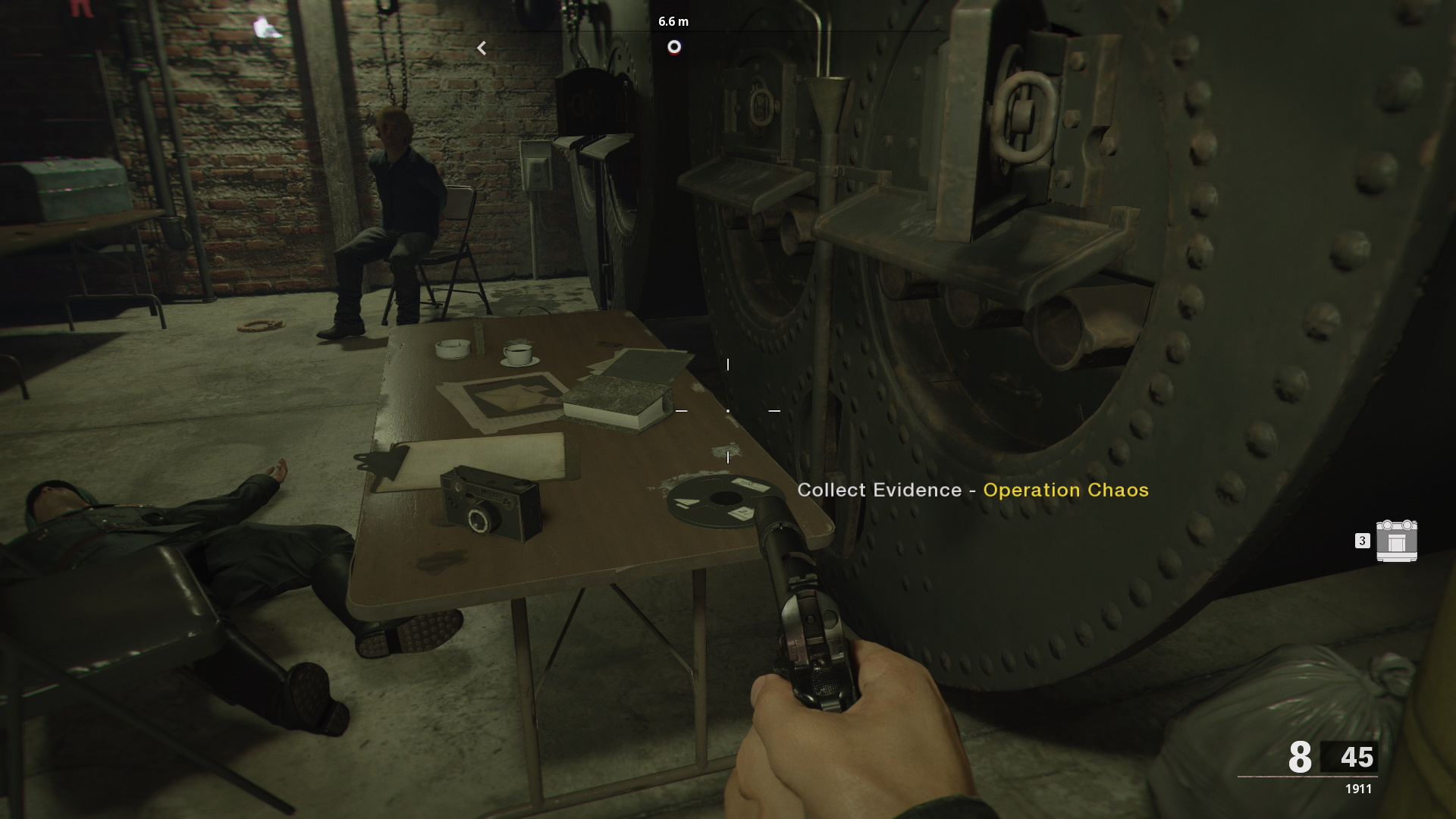 Sprinting through the Soviet military training course and all the perils that await you, you’ll be asked to take pictures of evidence and plans on the walls. What you’re looking for specifically is the evidence on the wall just after you download the information on Operation Greenlight. Take a picture of this to get the final piece of Operation Chaos evidence. 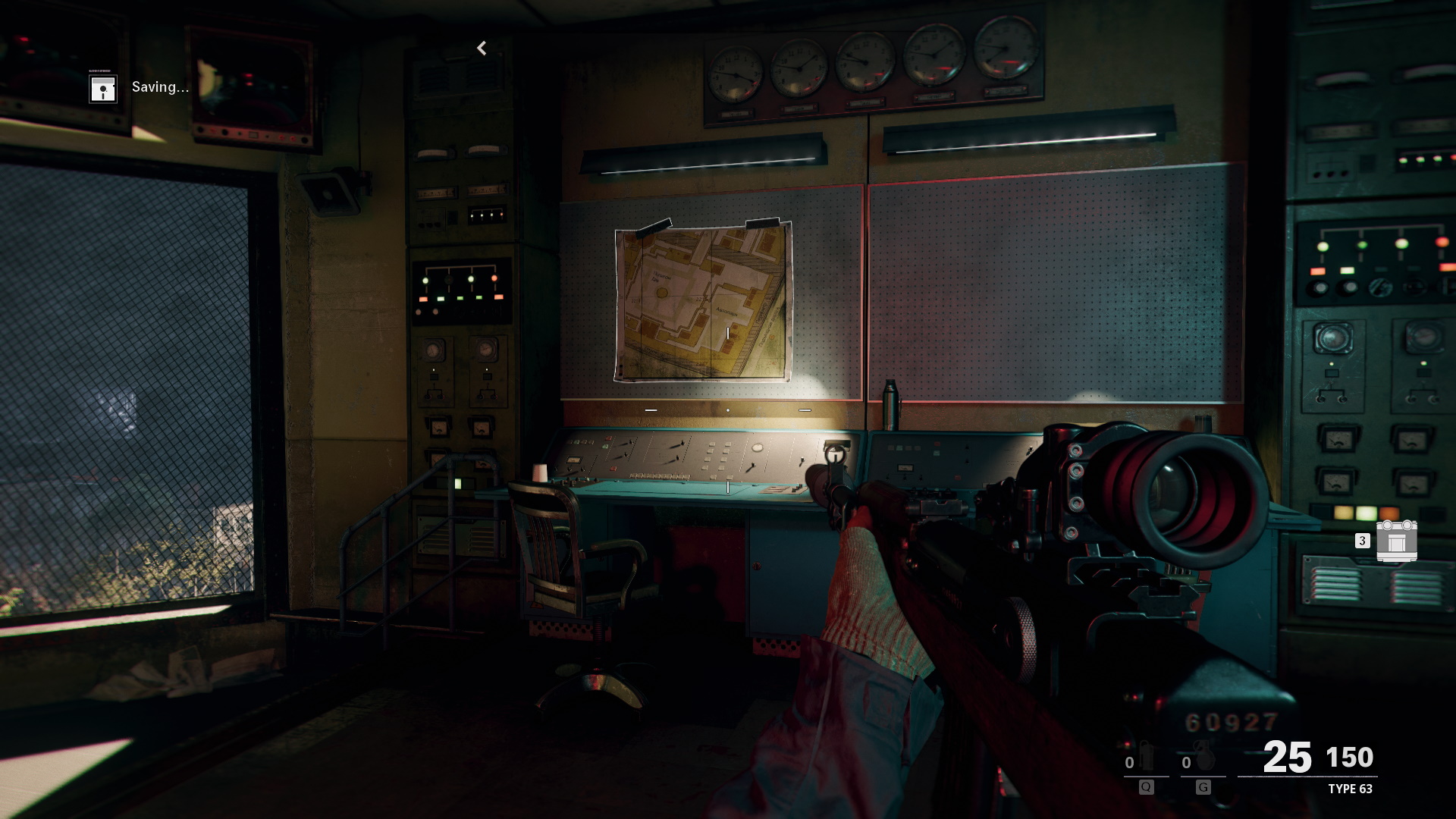 How to decrypt the floppy disk in Operation Chaos

Now you have all the evidence, how do you decrypt the floppy disk back in the CIA safehouse? Well, it’s a bit of an ordeal actually, but I’ve gone through it. Just for you. You’re welcome.

Selecting the coded message should make the row with the triangle transform into numbers. It’ll be different for each player, but check out our one below: 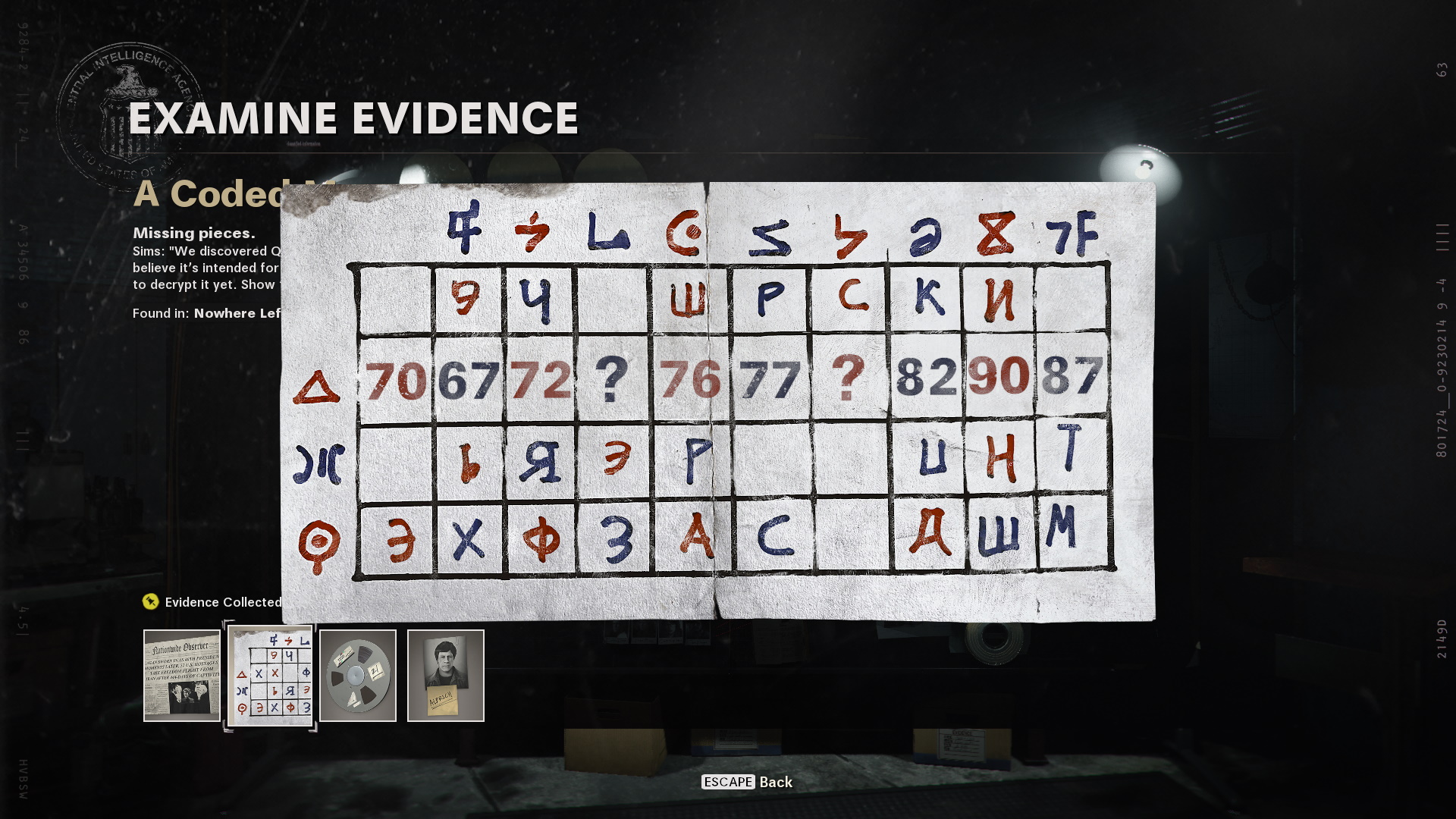 So, we need to work out what the two missing numbers are. The red and blue numbers will combine to make the first part of the code, so what have we got here?

The blue sequence goes 67, ?, 77, 82, 87. This one is actually much easier - five is being added each time. That means the missing number is 72. I’m tickled that the CIA’s best codebreakers and sleuths couldn’t figure this one out. Gives me hope.

So, our missing numbers are 82 and 72, so the code for me is 8272. Remember, your specific numbers will be different but the sequences the same.

To work this one out, you’ll need all three evidences collected. I’m taking the number I received from the first step - 8272 - and checking the list of city names. If you notice, Houston has 8272 as its broadcast numbers, so that’s the city I’ll name when the floppy disk asks for a passphrase. Pick the city which corresponds to the numbers you got from the first step. 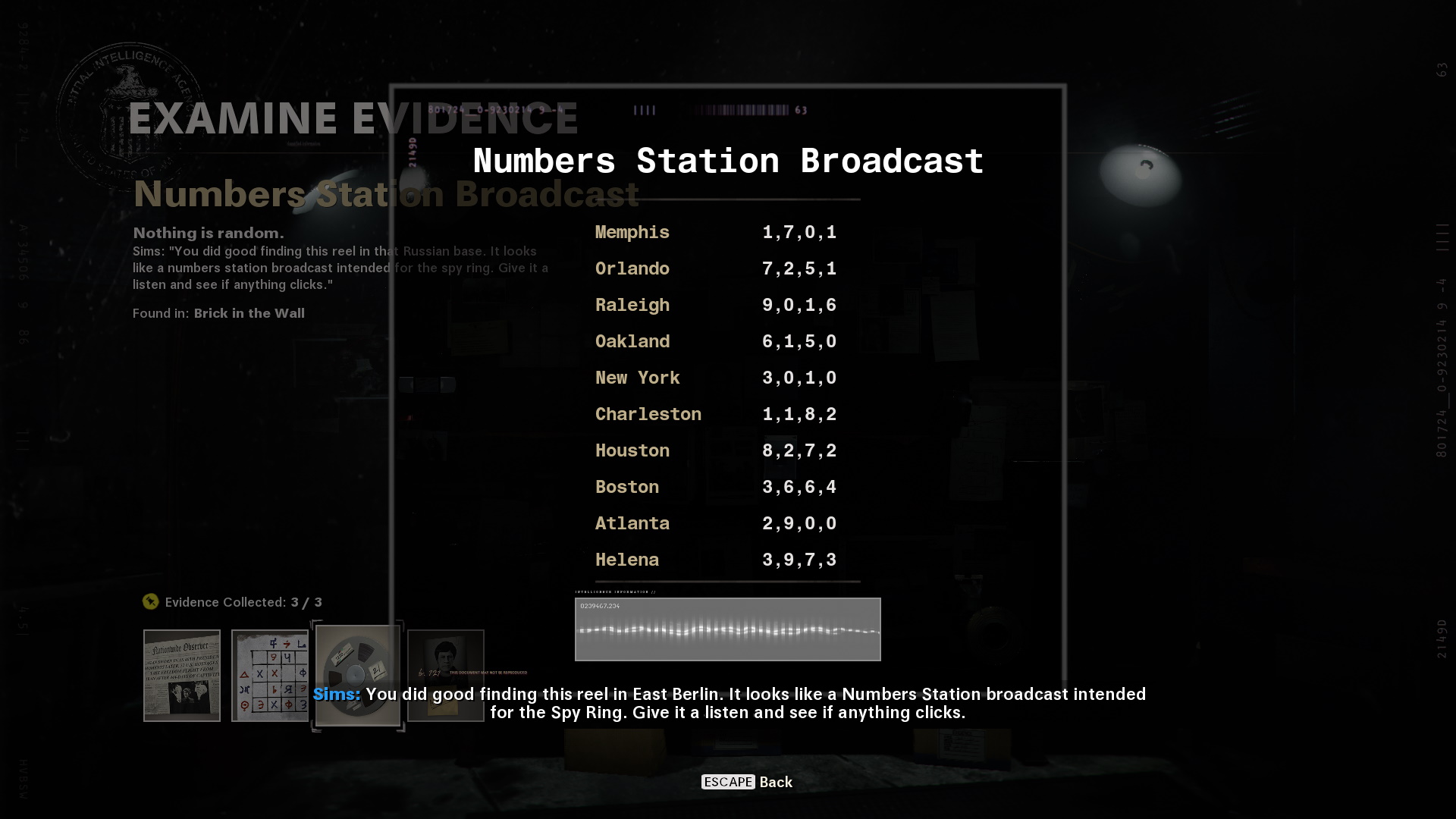 After this, open up the Front Page of the Observer and note down the letters highlighted in red. As you can see below, my letters are N, L, H, A, E, E: 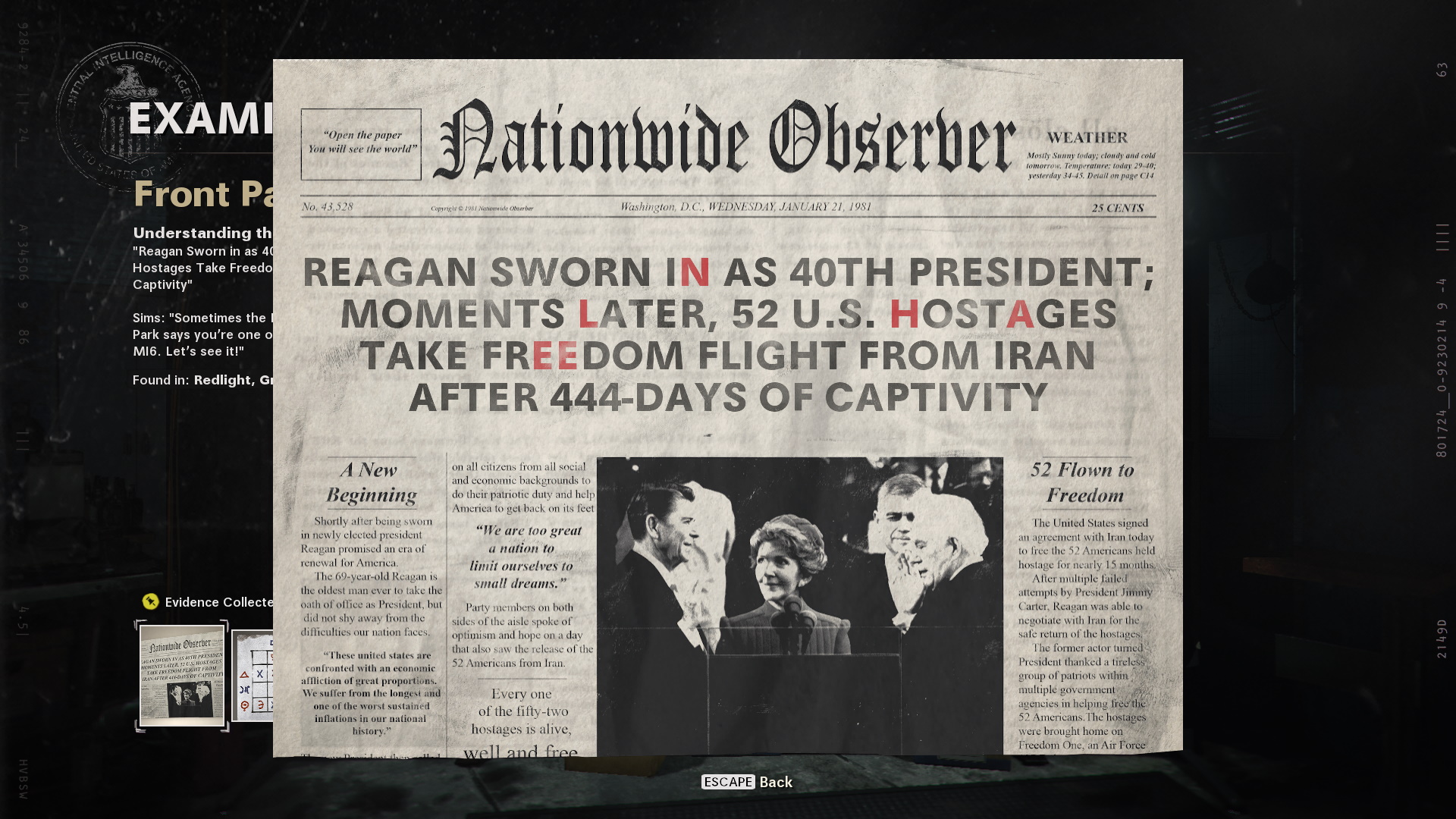 So, you ready to decrypt it? Here goes. If you’ve followed my steps (and written the numbers down somewhere), you’re ready to rumble. 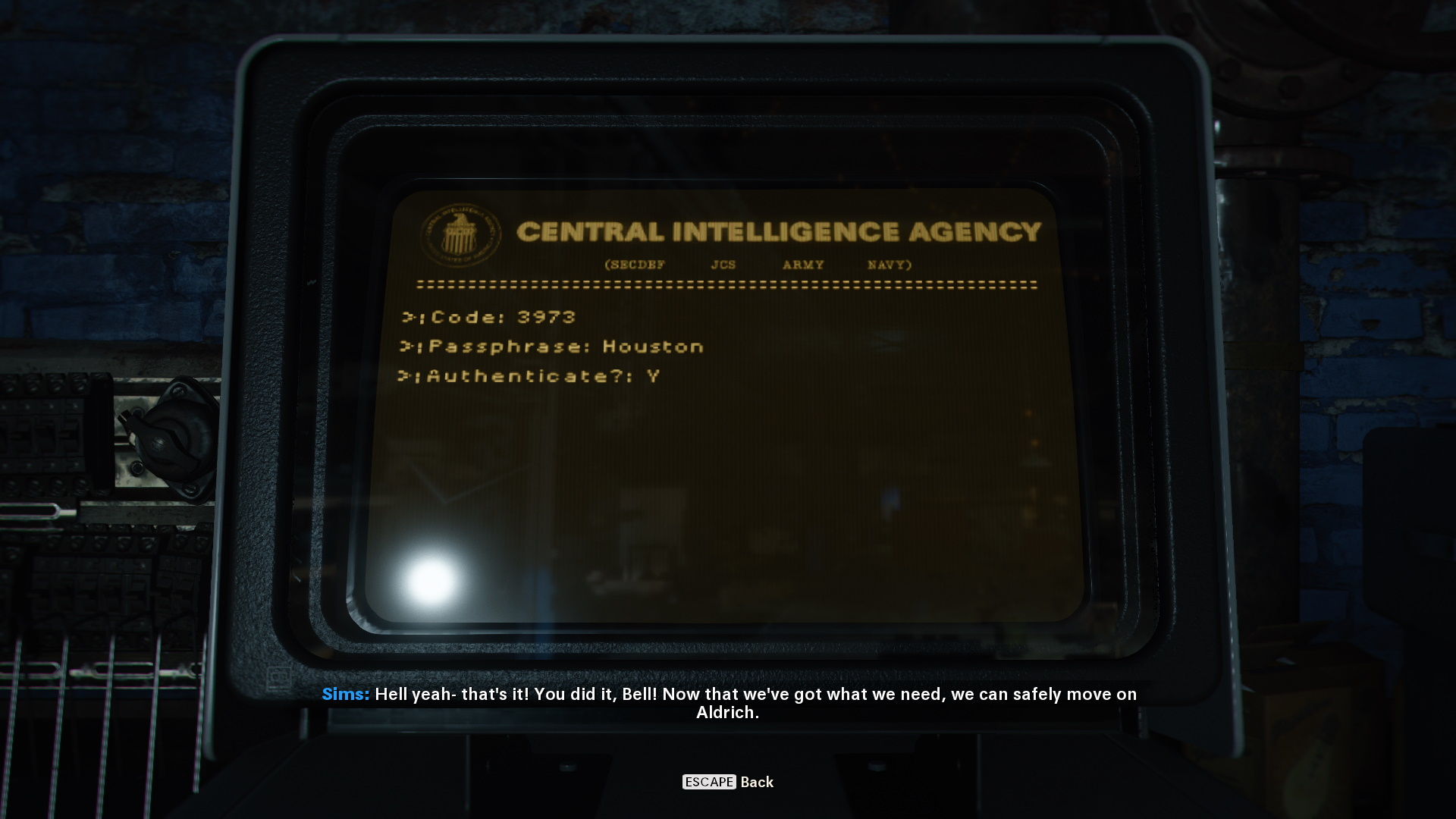 That’s all for our Operation Chaos decrypting guide! Hopefully you uh… take out the tangos… and uh… beat the baddies? If you get sick of campaign though, why not jump into other modes? We have guides on how Call of Duty Cold War Prestige progression works, as well as advice on Cold War’s zombies mode.