In the mid-to-late 2000s, publishers abandoned the CRPG genre – an acronym describing the very specific genre of video games adapted from tabletop RPGs to be played on computers – which a decade earlier had been a cornerstone of PC gaming. They were more interested in accessible, console-friendly series like Mass Effect and The Elder Scrolls, and PC-centric RPGs all but died out.

Then, around 2012, RPGs made a comeback, largely thanks to the rise of crowdfunding and an endless well of nostalgia. Since then we’ve been treated to heaps of good ones – Divinity: Original Sin, Pillars of Eternity, Wasteland 2, Torment: Tides of Numenera – and there are plenty more in the works. But there’s no guarantee that CRPGs are back for good. Some, such as Torment, haven’t sold well. The future of crowdfunding remains uncertain. And asking fans to commit 50 hours to a single story is more difficult than ever, given the volume of great games that release every month. So how can developers ensure that the genre stays relevant?

Colin McComb, writer on the original Planescape: Torment as well as Tides of Numenera, says that the designers and studio heads he has spoken to want CRPGs to be “heavier on the action and lighter on the exposition” than they are now. 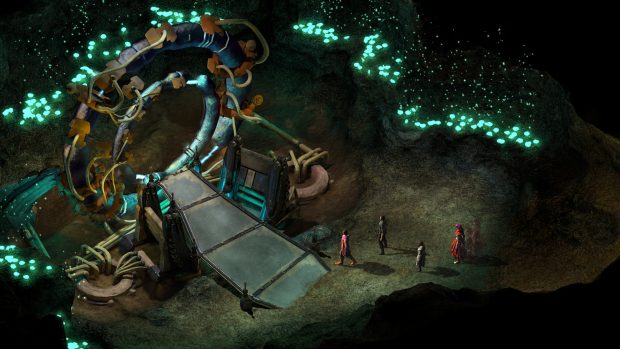 And if CRPGs of the future have fewer words, developers will want “more incisive, entertaining, and direct writing”, with fewer “winding monologues. In at least the immediate future, prose-heavy games are going to [be] much more niche,” he says.

One of the reasons that Tides of Numenera didn’t sell as well as expected was because it was too text-heavy, says Brian Fargo, head of developer inXile Entertainment. Wasteland 2, which came out before Torment, hit a better balance between story and action, and Wasteland 3 will focus on the “strategic aspect of combat in an XCOM kind of way”, he says.

Fargo is particularly keen to introduce “emergent gameplay” of the type that Divinity: Original Sin 2 used so effectively. Players could mess around with different elements to create fun interactions, like killing an enemy and electrifying their pooling blood so that it zaps anyone stood close, or throwing a poison flask at an undead ally to heal them while damaging any nearby enemies.

We’ll see more of that in CRPGs from now on, Fargo predicts, both because it makes for better games and because it’s inherently more attractive for streamers, who are gaining more and more influence over what the public play. “It’s more viral in nature, you’re more likely to get a friend to play,” he says.

“If I were to make a game set in the Pillars of Eternity universe that were not part of the series, I would totally want more of that stuff,” he says. “By making more fundamentally dynamic gameplay that’s more driven by environmental interactions, you’re creating a game that’s richer for creating your own stories, your own gameplay by just fooling around.”

Fargo believes that CRPGs will increasingly feature multiplayer – something the Original Sin games again pioneered – and Wasteland 3 will be the first in the series with a co-op campaign. “Every metric [suggests it will get] more and more difficult to do a single player game. You’ll see more multiplayer [in CRPGs], but the trick is for us to not give up the depth.”

His desire for multiplayer action and more emergent gameplay will culminate in a “secret project” to be unveiled later this year, he tells me, which will combine inXile’s love for storytelling with the freedom of a multiplayer sandbox game such as DayZ or Rust. Those games often simulate the breakdown of a post-apocalyptic society perfectly, but have stories that are often just: “Here’s a rock, go,” he says.

“I’ve been completely fascinated by the emergent gameplay that comes from open-world systems, but yet we love storytelling, and so we want to explore how we might be able to merge those worlds,” he explains.

The idea of a sandbox game with writing that’s as good as Tides of Numenera is exciting, and Fargo is not the only one pursuing the idea. Underworld Ascendant is Otherside Entertainment’s sequel to the Ultima Underworld games from the early ‘90s, and it’s part RPG, part immersive sim, and part physics sandbox. It has wall-running, first-person combat, a faction system and a non-linear story in which you can fail at every junction and still make it to the end.

You wouldn’t call it a traditional CRPG – it’s made up of a series of smaller levels rather than an open world – but senior producer Chris Siegel thinks the same sandbox freedom that inspired his team will increasingly inspire those making other RPGs.

Specifically, he predicts that somebody will make a party-based RPG set in a large sandbox world. “I can see you doing a Pillars of Eternity-style game, but with all of Forgotten Realms’ Sword Coast. Nobody has taken the sandbox and the party-based game and really run with it. Now that I’m saying that out loud I feel like I’m giving one away for free,” he says.

A more flexible structure will necessitate a more flexible narrative, too, and Ascendant’s story is designed to change in response to the players’ successes and failures. But Siegel would like to see other RPGs go a step further in the future. He can foresee developers creating an AI that can change the overarching story of a game on the fly in response to player choice. That would still leave room for human writers, he says, but the AI would “put the parts together.”

That approach would need writers to move away from linear narratives to stories made up of “plot points.” Players could then discover the plot points by themselves at their own pace, and piece the story together, or be led by an “AI dropping breadcrumbs,” he says.

Predicting where else technology might take CRPGs is near-impossible, but developers are excited about what will come next. McComb is particularly interested in what VR can do for the genre, for example, while Fargo believes the size of the budgets that CRPG studios are working with will lead to huge leaps forward in visual quality. “You’re seeing budgets of $10, $15, $20 million, and that’s quite a change [for mid-tier developers]. You see RPGs selling a lot of units, and the tools to make them are becoming cheaper and more accessible.”

That will allow companies to experiment with new ideas, like a CRPG with a first-person perspective that has “the visual punch of the Skyrim with the deeper aspects of a CRPG,” he predicts.
While developers will have their own ideas about the ways technology will change the genre, they’re all united on one point: CRPGs are here to stay. “A niche-specific crash to me seems unlikely,” says Annie VanderMeer Mitsoda, who’s currently working on sandbox game Astroneer and previously helped develop Neverwinter Nights 2. 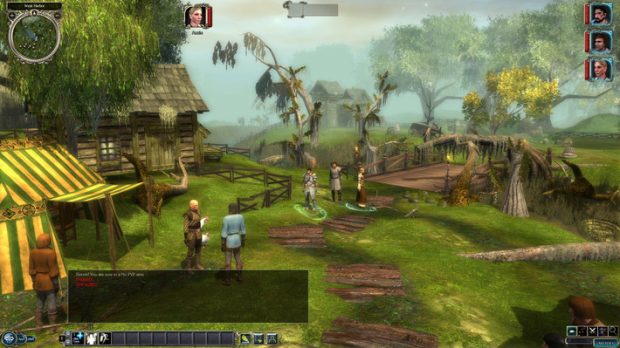 She believes that elements of different genres will migrate in and out of the genre, but that there will always be a core of games for lovers of deep, narrative-driven RPGs. “Even if the whole of the industry has elements destabilized, I'm confident that CRPGs will stay pretty steady.”

Questions remain about publishing models, but it’s clear that, if designed properly, there is money to be made. Divinity: Original Sin 2 took just over two months to sell a million copies, and market research firm SuperData estimates that it generated $85m in 2017, which put it in the top 10 for non-free-to-play PC games.

“We were very glad for the great reaction to Divinity: Original Sin 2, but we’re not complacent about it at all,” says Larian’s writing director Jan Van Dosselaer. “We still see a lot of flaws, things we could’ve done better. There’s a lot of experimentation going on in terms of narrative format, the technical side of it, how can we make it look, how can we make it sound.”

If developers can continue to adapt – and it’s clear from my conversations that they are doing just that – then “there’s definitely a very bright future” for the genre, and plenty of room for sub-genres within it, Van Dosselaer says.

“People will always enjoy a good narrative. As long as we can combine that with gameplay they can enjoy for 100 hours, then we’re not going anywhere.”

Agree? Disagree? Hate CRPGs with a blinding passionate hate? Sound off in the comments to let us know.