Just before the third mission of Doom Eternal, you're introduced to Praetor Suit Points. These are coins held by ghostly knights who gently take the knee once you have received the coin. It's as if they know their place, unlike the demons that are defending the hell priest. New enemies here include Whiplash, a snake-like foe, and the grotesquely fat Mancubus.

This mission of Doom Eternal has 17 collectable secrets to be found.

As always, it's worth noting that at the end of the level, you'll unlock the ability to Fast Travel to specific points in the level. If you miss any collectables, that will be the time to find them unhindered. It helps to have the automap unlocked so that you can know where you haven't explored yet. This is located just after dealing with the wave of enemies in the pit after being teased with the Super Shotgun. Turn left when going through the door that opens to find it.

Here are all of the locations for every hidden secret in the third mission. 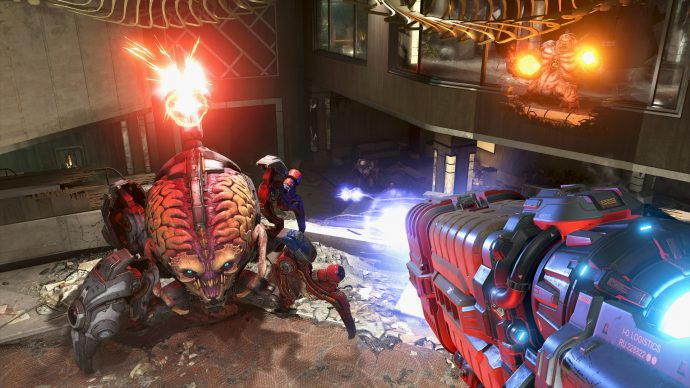 Those are all of the collectables that are found in the Cultist Base mission of Doom Eternal, but there are plenty of other hidden secrets to be found in the other levels too. Do check out one of those guides below if you are missing anything.