Early on in Doom Eternal, you'll pick up your first weapon mod. These are secondary fire effects and there are a maximum of two per weapon. You can swap them on the fly if you've unlocked both of them, so they can make a standard shotgun either throw sticky bombs or turn into a fully automatic shotgun. But there is a way to make them even better.

From the second mission onwards, you'll begin to earn weapon points. They are obtained through standard combat encounters, but can also be earned via boss fights, secret encounters, and special hard arenas called "Slayer Room challenges". This Doom Eternal weapons guide will give you all the information you need such as which weapon mod perks are available, and how to get weapon mod mastery skills.

If I have any recommendations for which perks to unlock as soon as possible, both of the Heat Blast perks for the Plasma Rifle are solid upgrades. When you get the Super Shotgun, try to nab both of the available perks for it as it gives you another way to burn enemies without having to wait for the recharge time on the flamethrower. 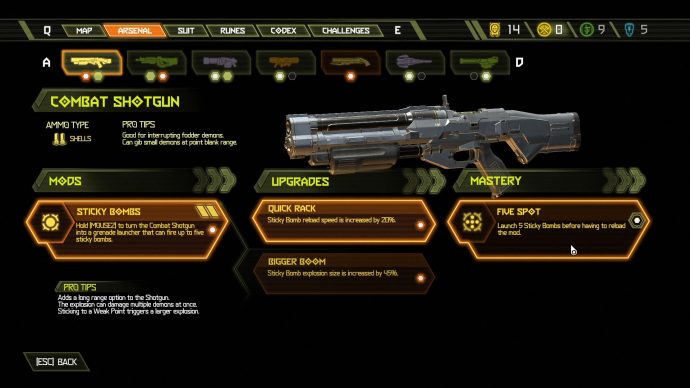 Once you have spent enough weapon points to earn all of a mod's available perks, you'll have a chance to unlock that mod's "Mastery" skill. These are incredibly powerful effects that can, just as an example, turn a gun from a rather average machine gun into a mini-rocket launcher.

The catch is that there is a challenge you must complete before you unlock that mastery skill. Luckily, the Fortress Of Doom hub area, which incidentally you can find some hidden secrets in our Final Sin and Fortress Of Doom guide, has a basement prison where the Doomguy likes to keep some demons prisoner. The point is that progress to also carries over even if you die in combat or reload the checkpoint, so if you want to be really cheeky, you can blow up an Arachnotron's turret before reloading to do it over and over.

You're shown it after the second mission and you can come down to slay some demons as much as you wish. Here are all of the mastery skills and the challenges you need to complete to unlock them all: 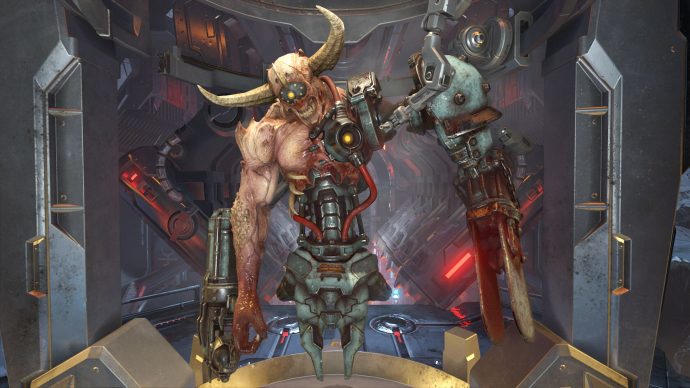 And those are all the weapon mastery skills and perks that you can unlock to rain fury on the demonic hordes. We have plenty of other guides that you can check out, including how to unlock all the secrets, what Praetor Suit Points and Sentinel Shards do, and locations for all of the collectables in each mission.