Plodding on through the second part of Nekravol in Doom Eternal, you'll be facing even more brutal assaults from the demons of hell. There are plenty of collectables to nab across this level, so this guide will tell you where to find them.

This mission of Doom Eternal has 15 collectable secrets to be found. Slayer Keys are a distant memory, but there are plenty of other encounters and items to find along the way. Don't get this confused with Nekravol, as that is a whole separate mission.

As always, it's worth noting that at the end of the level, you'll unlock the ability to Fast Travel to specific points in the level. If you miss any collectables, that will be the time to find them unhindered. There's an Automap here too and you'll find it when you reach the top of the fiery pillars and jump across the gap.
Contents

Here are all of the locations for every hidden secret in the eleventh mission.

It's off to the realm of Urdal next mission and this is the final mission with lots of collectables. We'll explain where to find the collectables for that mission, and all the other collectables in Doom Eternal in the following guides: 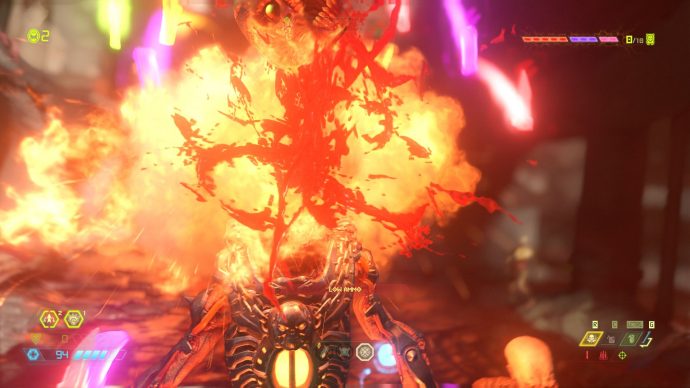