Two years after Dragon Quest XI: Echoes Of An Elusive Age hit PC, a new edition is coming round with additions including new quests and the option to play this 3D JRPG as a retro-styled 16-bit 2D game. Pleasingly daft, that. Bearing the triple-barrelled name Dragon Quest XI S: Echoes Of An Elusive Age - Definitive Edition, this new version debuted on Nintendo Switch in September 2019, and will be coming to PC on December 4th.

The original DQXI is one of the best PC RPGs, sez us, so building on that sounds good. DQXISEOAEADE pumps up the JRPG with some good stuff. New quests focus on the stories of your companions. You get to play with Japanese voices, if you want. And can switch between the original synthesised soundtrack and an actual symphonic version. A Photo Mode lets you pose characters and such. New side-quests visit past Dragon Quest worlds in a 16-bit style. And you can even turn on a "retro" mode that magically makes the whole game into a throwback 2D JRPG. 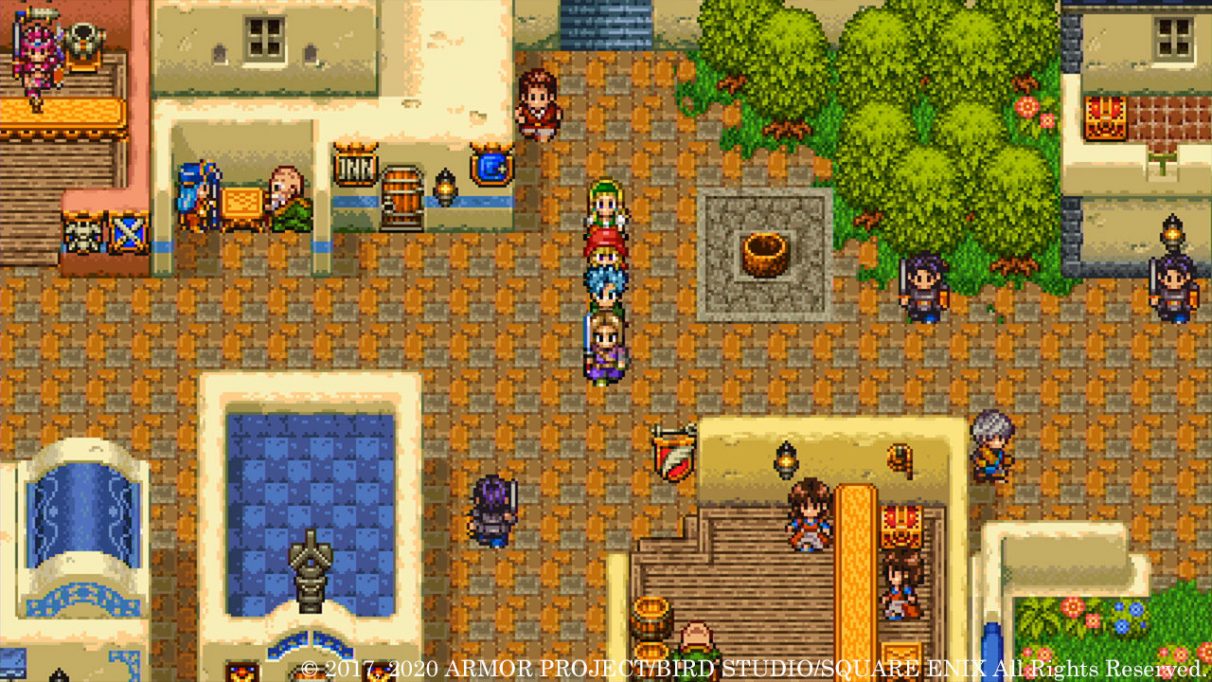 However, some fans are scrutinising screenshots with concern, questioning how this Definitive Edition might change the graphics for the worse. Screenshots going round compare the original version with the new and while I wouldn't judge too much based on visibly over-compressed images, some differences do seem clear - particularly in the lighting. An official FAQ notes, "It's a port of the Nintendo Switch version, so the graphics are not the same as they were for the original Dragon Quest XI for PlayStation 4." Again, I wouldn't run a pixel-by-pixel comparison when we only have one trailer and a handful of screenshots to go on, but this does seem a shame. I mean, unless you're planning to play in that 2D mode.

Dragon Quest XI S: Echoes Of An Elusive Age - Definitive Edition is coming to Steam and the Microsoft Store on December 4th. It'll be £30/€40/$40, which is £10 cheaper than ye olde 2017 version currently costs. However, they don't seem to be offering an upgrade discount to folks who bought it the first time. It'll be on Xbox and PS4 too.