Bug-based metroidvania game Hollow Knight has had a sequel in the works for a while but details have been light on the ground for the past year. Now, Hollow Knight: Silksong may finally be emerging from its cocoon. Last week, players solved a few riddles to unveil a new NPC. Now they've done it again and Team Cherry have rewarded them with yet another new friend. 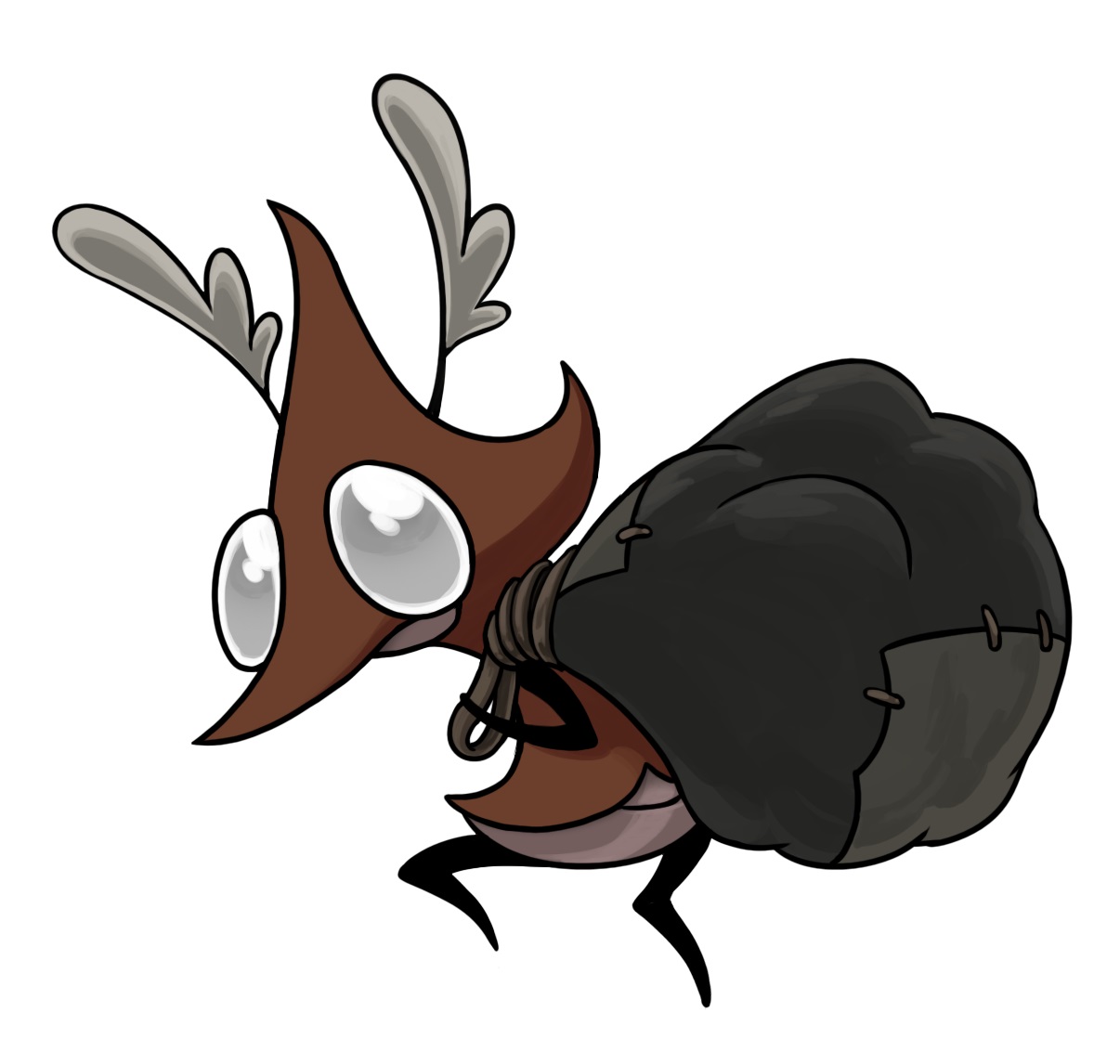 As with last week's riddle, players were given a rhyme-y clue. The answer "grindle," was also the password to a locked .zip file. Seems likely that's this little fella's name. Also like last week, the above .gif and image came with some text:

“Hoho, free at last! Locked up in here much too long, we was! Nasty place to keep a poor little snitchbug! You’re smellin’ fancy though... Bet you got some nice shinies hidden in that cloak!”

A common snitchbug, fixated on thievery. Though he has travelled the lengths of Pharloom, he’s seen most of it through the iron bars of cages and cells. Free at last, he’s taking full advantage of the kingdom’s ailing state.

This sneaky thief will gladly take rosaries in exchange for snippets of information he has gathered, though his gossip is often of questionable value.

In RPS's Hollow Knight review, John Walker found it to be good, just not quite as good as some of the other tough-as-nails platformers from the same year. Imogen is all over Silksong though. "I played the demo at EGX back in October, and it was wonderful how different yet familiar [Hornet's] world felt to play in," she said. "When it comes to combat, she has a much speedier moveset than the tiny Knight before her."

Imogen hoped during last week's riddle that it would be just the beginning of more ARG-style reveals for the sequel. So far that's coming true, though of course it's just been a couple characters so far. Here's hoping that Team Cherry continue raising the stakes, perhaps with a proper new trailer.

There's no release date for Hollow Knight: Silksong yet, but you can wishlist it over on Steam in the meantime.