Square Enix have revealed that Final Fantasy XIV's next major update will put all the content from the Realm Reborn questline, as well the entire Heavensward expansion in the game's free trial. That's like, hundreds of hours of Final Fantasy goodness. It's part of the upcoming patch 5.3, which is heading to the MMORPG on August 11th. There's plenty in there for players who've bought the game, too - like the finale of the Shadowbringers storyline, and the next part of the NieR-themed raid series.

This patch, poetically named Reflections In Crystal, will "streamline" A Realm Reborn, the main questline from the original game (which leads into Heavensward). Like the free trial players, anyone who owns A Realm Reborn will also have full access to the Heavensward expansion and all the bits and pieces it comes with. Oh, and the free trial will have a higher level-cap of 60, and will allow players to choose from an additional race, and three new jobs.

For those new to it, the Heavensward expansion adds a whole heap of dungeons to explore, with areas paying homage to other games in the Final Fantasy series - including the Library of the Ancients from FFV.

As for the main game, players will be able to take part in the final stages of the Shadowbringers quest, as well as join the new Nier-inspired YoRHa: Dark Apocalypse alliance raid, The Puppets’ Bunker. 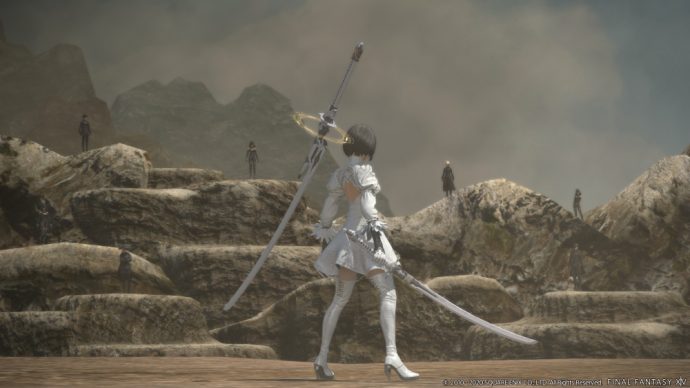 On top of that, there are updates to the Save The Queen questline, a new Chronicles Of A New Era quest, a new dungeon, a new trial, and honestly, just absolutely tons of other stuff. Check it all out for yourself in the link above.

And finally, Square Enix also revealed that FFXIV has now surpassed 20 million registered players - I'm not surprised, MMOs aren't really my thing but I'm tempted to register myself if the freebies are that big.

There really is a lot going on in Final Fantasy, eh? Today I learned there are players who work as interior designers in FFXIV Online, Danielle Lucas recently spoke to one who recreated the Hogwarts castle in someone's in-game home.