Sports Interactive today announced their next annual Football Manager sequel, though they don't have much to say about it. What they do say is that as well as Windows and Mac, this year's kickabout management sim will launch on Stadia, Google's cloud gaming platform. SI make the unusual claim that all those processors Google have hanging from balloons in their clouds will actually make FM2020 quicker on Stadia than other platforms. Huh. But imagine having the cash to run thousands of kettles generating clouds yet not the cash to rehire Manager Man as the official chin, torso, and clenched fist of the box art. Shameful.

Continuing to make their big annual announcements more and more useless, Sega haven't yet said anything about what's changing with the latest sequel. They say we'll need to wait until mid-September for those details to start trickling out. That's a level of uselessness where I'd be tempted to skip this initial announcement, but the Stadia note caught my attention.

Sports Interactive studio director Miles Jacobson said in today's nonnouncement, "Football Manager on Stadia includes technology that is only available on that platform, utilising the power of the cloud and Google's data centres to ensure that more matches can be processed in parallel utilising spare bandwidth across the whole system – this means you can have more leagues loaded into your save, or just go for a faster experience by keeping the amount of leagues the same, but having the matches process quicker than you can on any other platform."

That claim is a bit hollow without concrete comparisons backing it up. I'd hope a fast-enough PC might have options to go toe-to-toe, though I'm unfamiliar with how well FM usually runs. It is still interesting that SI are focusing on the power of clouds rather than their convenience. What I would've shouted about is how handy it is to have the same copy of Football Manager easily playable at your desk, on the sofa, and in the lav. I suppose Sega's marketing department probably aren't too keen on talking about you having a waz. Cowards.

I can tell you one concrete and important detail about this year's game: those damn cowards still have not rehired Manager Man to appear on the box art after firing him in 2018. Maybe he's happier in his new job with Soccer Manager. Meanwhile, Football Manager 2020 is left with this shambles: 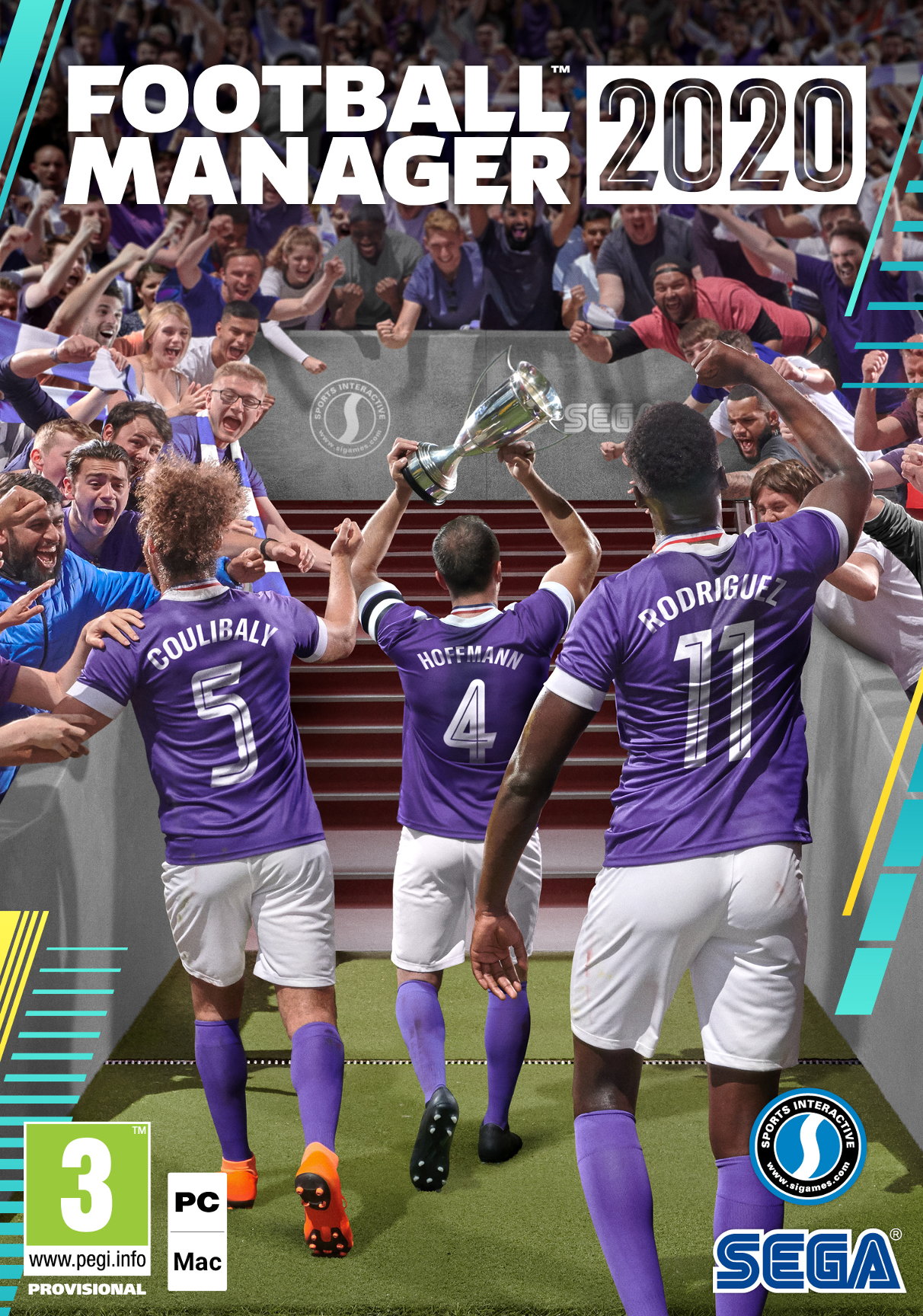 Football Manager 2020 is due to launch "in early November", costing £40 on Steam and presumably the same on Stadia? Football Manager Touch 2020, its streamlined sibling, is coming to Steam and pocket telephones (but not Stadia) alongside it.

Even aside from the quality issues introduced by latency and compression with cloud gaming, I still don't trust Google's commitment enough to buy games on Stadia. They're famed for killing off underperforming products, and their half-arsed attempt to deflect concerns about Stadia shutting down offer little comfort. Plus, y'know, I already have a gaming PC.

Stadia isn't really meant for the likes of us, more for people who want to play games without buying and upgrading computers or consoles. Our Katharine explained, "If you're a regular reader of RPS, then Stadia is probably not going to be for you – and that's okay!"