We all know how Epic Games likes to tinker with mobility items in the weeks surrounding a new season. And, true to form, in the past month we've seen Glider Redeploy reintroduced, Grapplers vaulted, and the all-new Chiller Grenades which everyone is still clamouring to try out.

So what better time to put together a Fortnite mobility items guide, going into depth about the various methods of travel available to you in Season 7 of Fortnite, from the new Chiller Grenades and Glider items through to ziplines and more tried and tested items such as Launch Pads, Rifts, and Vehicles. We'll let you know how and when to use each of them, and how they all stack against one another as the best methods of travel across the Fortnite map. 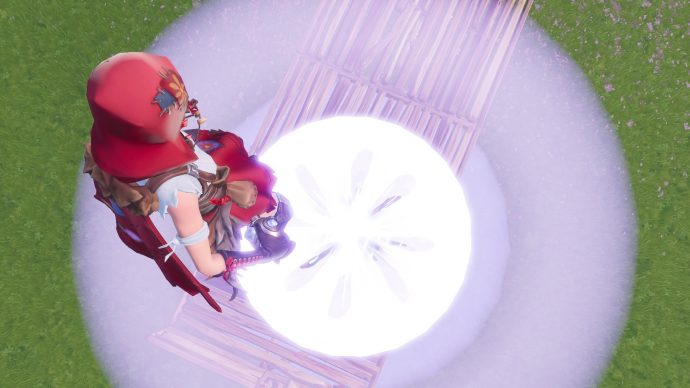 Below we've written sections on each of the methods of mobility available to you in Fortnite, starting with the new Chiller Grenades and Glider Redeploy item. If you're looking for a more general overview on Fortnite, look no further than our main Fortnite guide, which contains all sorts of tips and tricks along with links to our other pages on the best Fortnite locations to drop at, guides on the latest Fortnite week 6 challenges, and much more.

The Chiller Grenade is what you get if you smoosh together an Impulse Grenade and a Chiller Trap. Both these items, of course, are now vaulted, and so this is Epic's way of bringing these mobility systems back into the main game. But are they an effective means of travel? The answer is... meh.

These common items are found through floor loot and vending machines. They drop in stacks of 3 at a time, and you can hold up to 6 in a single slot. They work like a less powerful Impulse Grenade, sticking to a surface and exploding after a moment, knocking back nearby players.

What's different about the Chiller Grenade is that it also causes the icy feet effect that Chiller Traps and the Frozen Lake north of Polar Peak apply, causing players - both friend and foe (including yourself!) to skid across the ground for 7 seconds after the explosion.

While its effectiveness as an offensive item remains to be seen, we've been testing its promise as a mobility item, and the results are... mixed. Players used to use Chiller Traps to travel quickly across large distances by building ramps or floors in front of them as they slid, but this was costly in materials, it didn't allow you to cross large distances like other methods of travel could, and, most importantly, it relies on nothing interrupting you on your way, such as uneven terrain, or an enemy's bullets.

The Chiller Grenade suffers from all the same drawbacks, with the added difficulty of directing yourself with the knockback explosion. While it does give you an extra boost, and it can be useful early on when you've nothing else available, this is not an item that players will consider taking over something more useful, such as explosives, heals, or the new Glider item. 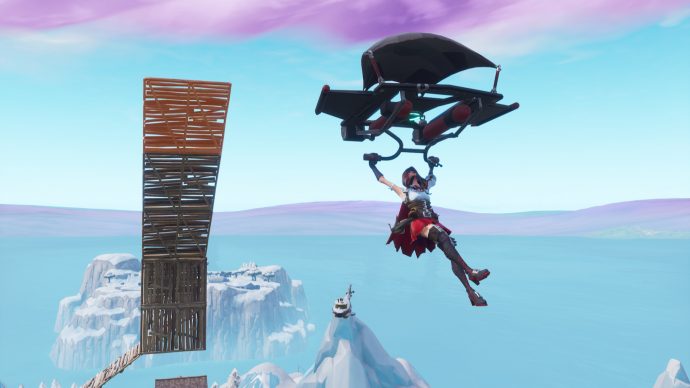 The v7.20 Glider item can be found from any of the usual loot sources, and each instance of the item holds ten charges, after which the item disappears. The Glider will take up a space on your hotbar, and will activate whenever you are dropping from a height that will inflict fall damage. While in the air, you may hit Jump once to redeploy your glider and save yourself from any damage you were about to take. It also provides you with a great deal of horizontal mobility in order to gain an unexpected angle on an opponent.

What's very important to remember is that you don't need to select the Glider item in your hotbar in order to use it. As long as it's in your inventory, you may redeploy your glider at any legitimate moment, even if you're holding your weapon at the time.

Of course, you'll need to keep track of how many charges remain on your Glider item at any time in order to avoid an unfortunate and humiliating end to your match. But all in all this is an extremely useful new item which provides a safety net against fall damage while also giving you the utility to traverse great distances when combined with great heights. For this reason it's also well-paired with Balloons to reach the maximum build height quickly before gliding away; though this of course sacrifices two hotbar slots to mobility items, which is not always the most sensible idea. 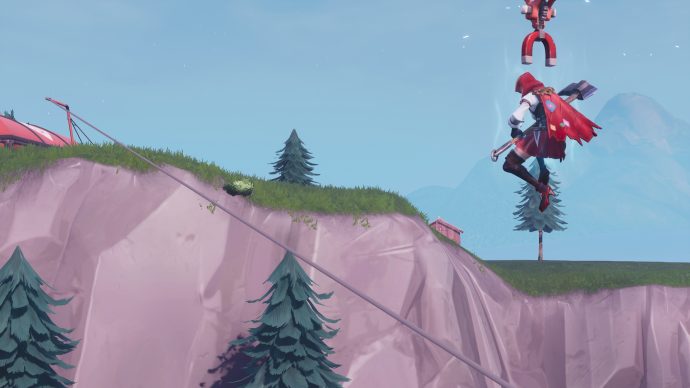 Now, let's take a look at all the other methods of travel that exist in the latest version of Fortnite, and how they stack up against one another in different survival situations.

Ziplines are a Season 7 addition to the mobility roster of items and phenomena. These pre-existing constructs are dotted all over the map, and connect two points with ziplines which you can jump onto and swiftly zip along its length, accelerating as you go. As of the v7.20 Patch Notes, you can now change direction while on a zipline using movement input keys ("WASD" for most players); and at any time you can jump off the zipline, which lifts you up into the air once more before falling down.

You should not use ziplines during a fight, however. The restriction of movement and momentum it imposes makes you a very easy and predictable target for enemies, and often the ziplines are positioned very high up, which means falling from them will frequently result in an unglamorous death.

Rifts are rare but very powerful phenomena that only spawn in specific areas of the map (and these locations are changing from season to season, so make sure your information is up to date!). When a player walks into a rift, they are teleported to the maximum build height of the map, and begin to freefall as they would when jumping from the Battle Bus. At any moment you can deploy your parachute, and if you deploy immediately you can travel a colossal distance with a single rift.

Once used, a rift will disappear after 10 seconds, so if you're in a team you should make sure you're all together before using one. However, two rifts on the map are "infinite" rifts, which can be used an unlimited number of times. Take a look at this map, posted by Reddit user Z444X, for an up-to-date list of Season 8's possible rift locations. 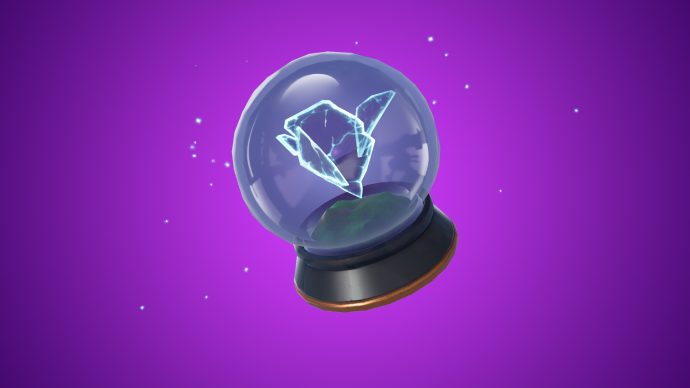 The Rift-To-Go is an epic-rarity utility item which can be held in stacks of up to 2 in your inventory, and each time you use one, it creates a 10-second rift where you're standing which instantly activates for you and nearby players. Also known as Port-A-Rifts in some circles (though this leaves it open to confusion with Port-A-Forts, which are completely different), these items are very useful when you need to get somewhere in a hurry.

Pro-tip: a Rift-To-Go will activate a couple of seconds after using it, and in the last half-second before the rift activates you can swap out your Rift-To-Go item in your hotbar for another item on the floor nearby. The rift will still appear, and you'll have the benefit of having another item to fill the space on your hotbar once occupied by the Rift-To-Go.

Balloons can found in packets of 10 each, and they're one of the more interesting and situational items available to you in Fortnite. They're far better for vertical travel than horizontal, so they're only useful for crossing the map quickly if you combine them with the new Glider item, which turns the whole thing into a poor man's Rift-To-Go with a large wind-up time where you're vulnerable to enemy fire.

Balloons can be attached to your back one at a time, and you can have a maximum of 3 inflated at any time. With 3 balloons, you overpower gravity, and will soar steadily upwards until you reach the map's height limit, at which point the balloons will explode. It's important to note that while attaching a single balloon while falling will save you from fall damage, once the balloons break you'll be able to take fall damage again, so don't go too high up with them unless you have a means of saving yourself from becoming a smear on the ground below.

Pro-tip: many players prefer to attach just one or two balloons, which allows them to bounce around in enormous arcs. This momentum and style of movement can make them a difficult target for enemies, particularly if you're putting pressure on them at the time with heavy gunfire from an AR or SMG. But be aware that the balloons can be shot, increasing the risk of fall damage. 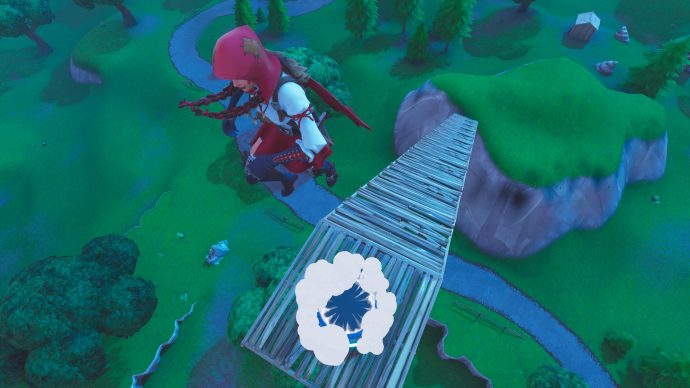 The venerable Launch Pad is a useful means of travel, though it is far inferior to the Rift nowadays. The good thing about Launch Pads is that they're classed as traps, so you don't have to sacrifice an item slot to hold them. They can be placed on any floor piece, and when jumped on they will bounce you into the air and allow you to glide and parachute down, covering respectable distances in a short space of time.

Players often build tall ramps before placing their Launch Pads on top of the ramp, in order to gain the maximum height and flight time possible. But this is not without its risks, because such a ramp can easily be shot down by nearby enemies, leading you to fall to your death.

Fortnite has four different types of vehicles spread across the map: the Shopping Cart, the All-Terrain Kart (ATK), the Quadcrasher, and the X-4 Stormwing. Each of these provides faster travel than by foot, though they tend to attract attention due to their noise, particularly the Quadcrasher and the Stormwing. But they're all useful in a pinch when you need to quickly reach the next Safe Zone or escape from your current situation. For a full guide on all the different vehicles and their benefits and shortcomings, head over to our page on Fortnite vehicles.

That's more or less everything we have to offer on all the methods of travel available to you during a Fortnite match. We're glad to see Glider Redeploy making its way back into the game in a more balanced and thoughtful manner, and we'll have to wait and see what future updates hold for mobility items and phenomena. So check back here for all the latest information!