This week of the Overwatch League saw teams travelling to Dallas for what was advertised as “The First Home Game” (apparently the two separate teams that represent Los Angeles don’t count). Four thousand fans packed into the Texas arena, cheering for Dallas Fuel and splitting in two (if somewhat unevenly) when it came to the showdown against Houston Outlaws. It was a dry run, in many ways, for the geolocation that the League wants to pull off next year, which will see every team playing in the city that they’re named after.

More than anything else, the travelling weekend ignited the esports equivalent of “are games art?” - namely “are esports real sports?” Everyone’s been talking about it, including League commissioner Nate Nanzer. Unsuprisingly, he reckons yes, they are.

Which, I mean, sure. But is it the stadium that makes the sport? Overwatch League is functionally the same when all 20 teams are playing from Burbank, minus some in-person fan hype.

That hype is real, though. In my last entry I wrote about fans, and was pretty negative about the impact they can have on players and staff. The Dallas games, on the other hand, did show what positive energy they can bring to games. Obviously the incredibly loud cheering as Fuel swiftly defeated Los Angeles Valiant wasn’t great for the California team, but the increased drama is infections regardless of who you’re supporting. The Battle For Texas was this loud, unrelentingly, from start to finish, which will be a fun challenge for the casters when geolocation kicks off properly.

The streams have also been increasingly courting social interaction in other ways, like by sharing Tweets from fans in between games. Being on Twitter during live games has always been one of my favourite parts, making the pretty much entirely online affair feel like a connected community regardless, so it’s a nice touch to integrate that into the broadcast itself. (It’s also far less confusing than the replays they used for a short time as intermission fodder.) Plus, it’s been a bumper week for fansigns.

It’s not surprising that Blizzard is so keen to have the hometown energy throughout the season. But this weekend didn't go any way towards addressing the plan's issues. Only eight teams travelled to Dallas, playing two games each, a far cry from shipping 20 teams around the world. Likely this will be alleviated somewhat using the League’s Pacific and Atlantic divisions, but splitting in two has its own issues.

There’s also the question of whether the League will be able to sustain this energy. If they continue to shed players and staff due to burnout, which will surely be made worse by travelling, fans may well become disillusioned and miss the big names they can no longer see play - online or in person. 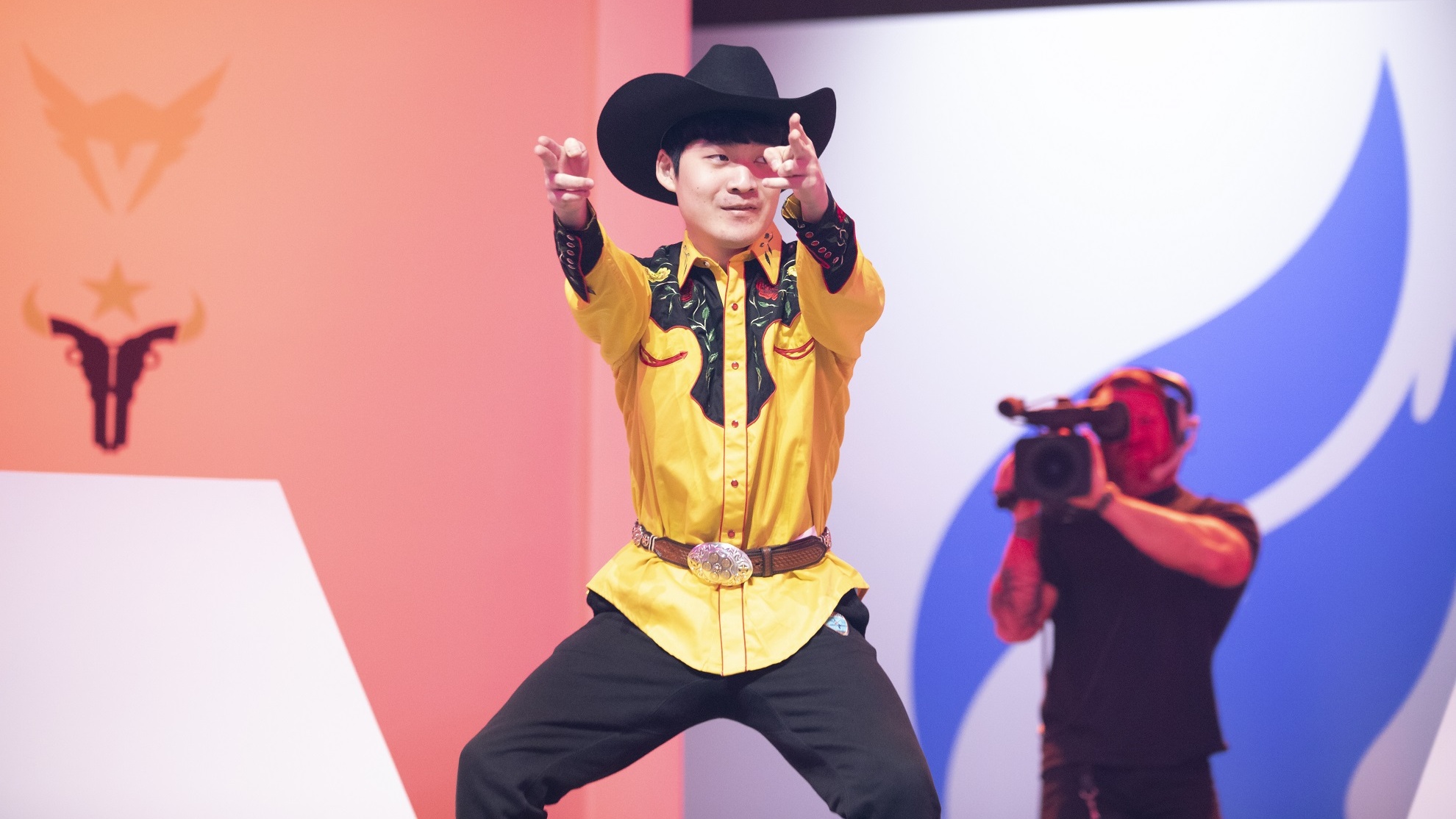 But enough of the long-term questions. This stage continues to be one with plenty of intrigue and upsets. Valiant, in particular, shouldn’t take their two losses this week too hard. As well as holding Seoul Dynasty to an incredibly close game in Dallas, they broke their stage one defeat streak last week thanks to their game against Atlanta Reign. Reign then went on to crush the seemingly untouchable New York Excelsior in turn. So if you think about it, Valiant basically beat Excelsior.

The upset potential continues to apply most of all to Chengdu Hunters, everyone’s favourite wild card. They defeated the powerful London Spitfire this week, who had picked themselves up for stage two and hadn’t yet lost a game. Though previously the tank player Ding “Ameng” Menghang was their most lauded player thanks to his incredibly fun to watch and effective Wrecking Ball play, the focus has shifted somewhat to their Pharah specialist Yi “Jinmu” Hu. It turns out that one of the weaknesses of the Goats meta is that they can’t easily reach the flying rocket queen, and Jinmu is one of the best players in the League at using that to his advantage.

But Goats no longer has the hold on the League that it once did. This has been true all stage, but seems to have been especially prevalent this weekend. One might suspect that teams wanted to appeal to the crowd, who have been known to chant “DPS! DPS! DPS!” The Outlaws, for example, brought out fan-favourite damage dealer Jake “Jake” Lyon, and even let him play his signature hero, Junkrat. Maybe that would have happened in Burbank, but I’m not so sure. The new meta is physical space. 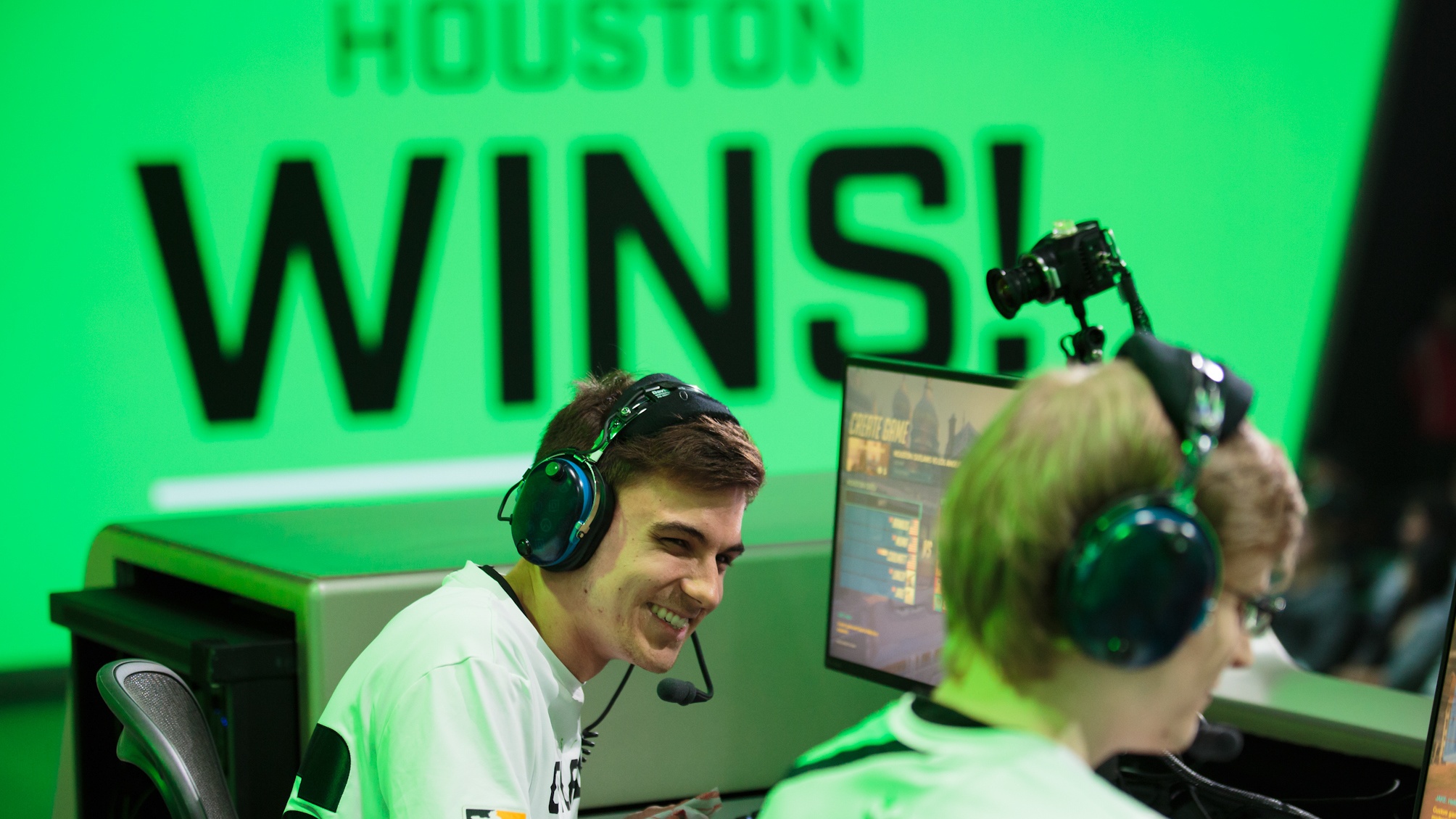 The Shanghai Dragons are another team that’s been mostly avoiding the three-tank, three-support hero composition this stage, and it’s going well for them. So well, in fact, that there’s a good chance they’ll reach the stage playoffs. When I’m next here, we’ll not only know if they made it but also how well they did, because it’ll be the end of stage two. But you probably won’t have to wait that long to find out, because if they do make it, and then do even a little bit well, everyone in the world will hear me crying over how much I love them. Then again, you’ll probably hear that even if they don’t.

Before that, they’ll face the rollercoaster of bottom-tier Washington Justice followed by top-tier San Francisco Shock. (In a League with so little predictability, it’s possible that either of these will go to the underdog, which is both terrifying and extremely exciting respectively.) The Fuel are also likely to make it to playoffs, buoyed by their successful weekend and the fact that they only have to defeat Florida Mayhem next week.

This is usually where I put a fun clip from the week, but I have to pull the curtain back slightly here. Not only have I been travelling pretty much non-stop for the past two weeks, I am at the time of writing stranded in Stockholm because of a pilot's strike. Therefore, not only am I without my usual detailed notes where I put down commented timestamps that I might like to use here, it's extremely difficult for me to even wrangle with Twitch because the hotel WiFi is awful.

Therefore, here's the only clip I have, which I took last week and have no memory of why. Possibly I thought it was cute that the casters talked about Ryu "Ryujehong" Jehong's excellent hair. Possibly I just felt seen by them yelling "You forgot about Jay!!" Who could say.