This week there weren’t any Overwatch League games, as the players took a well-deserved rest. But with stage one done and dusted and last week being all about the playoffs, we’ve been doing an awful lot of talking about pure results. That’s fine and all, but it’s hardly the only thing to care about in the League (otherwise we’d all just be Titans fans). So I took this week to catch up with many of the teams that didn’t make it to playoffs and chat about the little things: favourite moments, Los Angeles living, and the Shanghai Dragons’ team dog, Uni.

Starting where all good small talk starts, players from the famously international Guangzhou Charge roster mused about the weather, and food. Almost every game this season is being played from the Burbank arena, so Charge’s Chinese, Korean, and British players are, like everyone else, congregated in California.

Finley "Kyb" Adisi tells me: “It rains a lot in the UK, but here it's mostly sunny,” which, looking out of my window right now, is difficult to argue with. Things are apparently similar for those making the trans-Pacific trip. “In Korea, the weather is very extreme. When it is hot it's really hot and when it's cold it's really cold. The weather here is really moderate and I like that,” says Lee “Happy” Jungwoo.

“The food is a lot different in America,” says Choi “Hotba” Hongjoon. “I don't think Korea or America has better food necessarily, but they have really different options.” (This presumably plays into the fact that KBBQ is apparently the official food of esports.)

Next season, teams will play home games from their own cities and travel to away games in an unimaginably complicated logistical nightmare. But for now, they’re making the most of their time in America. Theme parks, Las Vegas, Disneyland, the Grand Canyon, Hollywood, and skydiving were all on the Charge players’ to-do lists.

Guangzhou are also tangentially responsible for Qin “Luke” Yiheng’s favourite moment of the stage as the team leader for the Chengdu Hunters. “I think our favourite moment is the first game against Charge,” he tells me. “We played 5 games and finally we won our first game of the season.”

Winning is fun, as it turns out. Los Angeles Gladiators assistant coach Seetoh "JohnGalt" Jian Qing says that his favourite moment was beating San Francisco Shock in week one. “I remember [head coach David “dpei” Pei] and I shouted ourselves hoarse in the dugout and then ran to the players to congratulate them. They looked really tired and happy as well. We were making jokes, ‘we don’t need to eat McDonald’s anymore,’ because that’s what we ate after our loss to Seoul.” 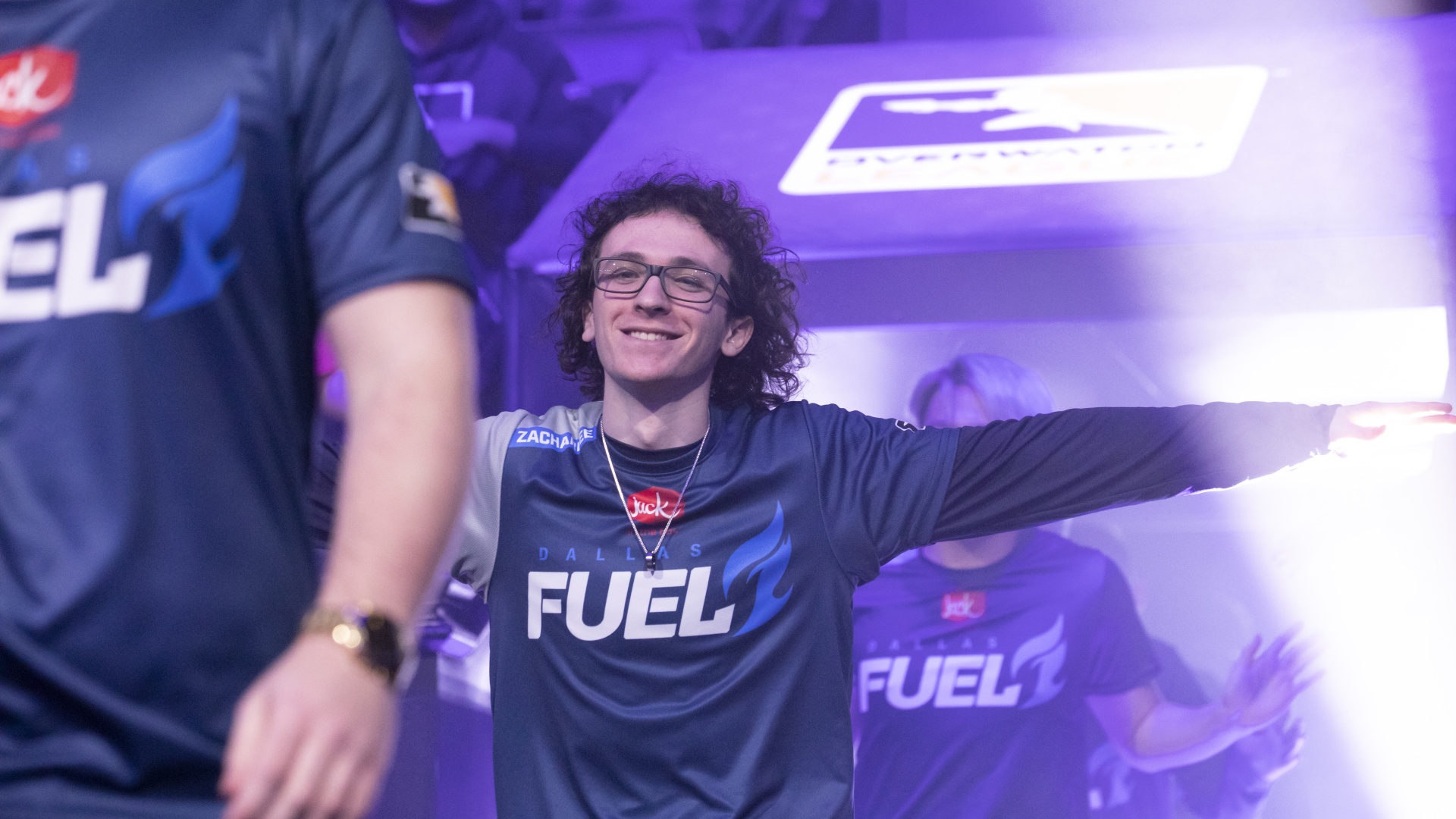 Dallas Fuel are looking forward to stage two, not just because they want to make the finals but because they’ll be hosting games for the first time. “The Dallas Fuel Ultimate Weekend is truly going to be the first “test” of the entire Overwatch League concept for geolocated franchises, and we know our fans in Texas show up in a big way,” says general manager Mat Taylor. So, no pressure.

Apparently, Fuel are working on developing a “family feel” for the team this season. “One of the most important changes we made this offseason was building our own brand new private practice space. Allowing the players a place where they can come to work, hang out, and have team meals together has really helped our team dynamic a lot,” Taylor tells me. He’s also full of praise for new team member Zachary "ZachaREEE" Lombardo, calling him “a natural fit from the day he joined the team,” and “a great teammate and a hard worker.”

Taylor says that his favourite moment from the stage was their victory over Seoul Dynasty. “This happened right after a really tough loss against the Shock. I loved seeing the resilience from the team." As any Dragons fan will tell you, victory after a loss (or 40+ losses) does feel good.

Still, according to general manager Kate Mitchell, Washington Justice didn’t celebrate their first win for long, despite it coming after a six loss streak. "The team was overjoyed with the win and, always looking forward, decided to focus on the strategy for the next match." 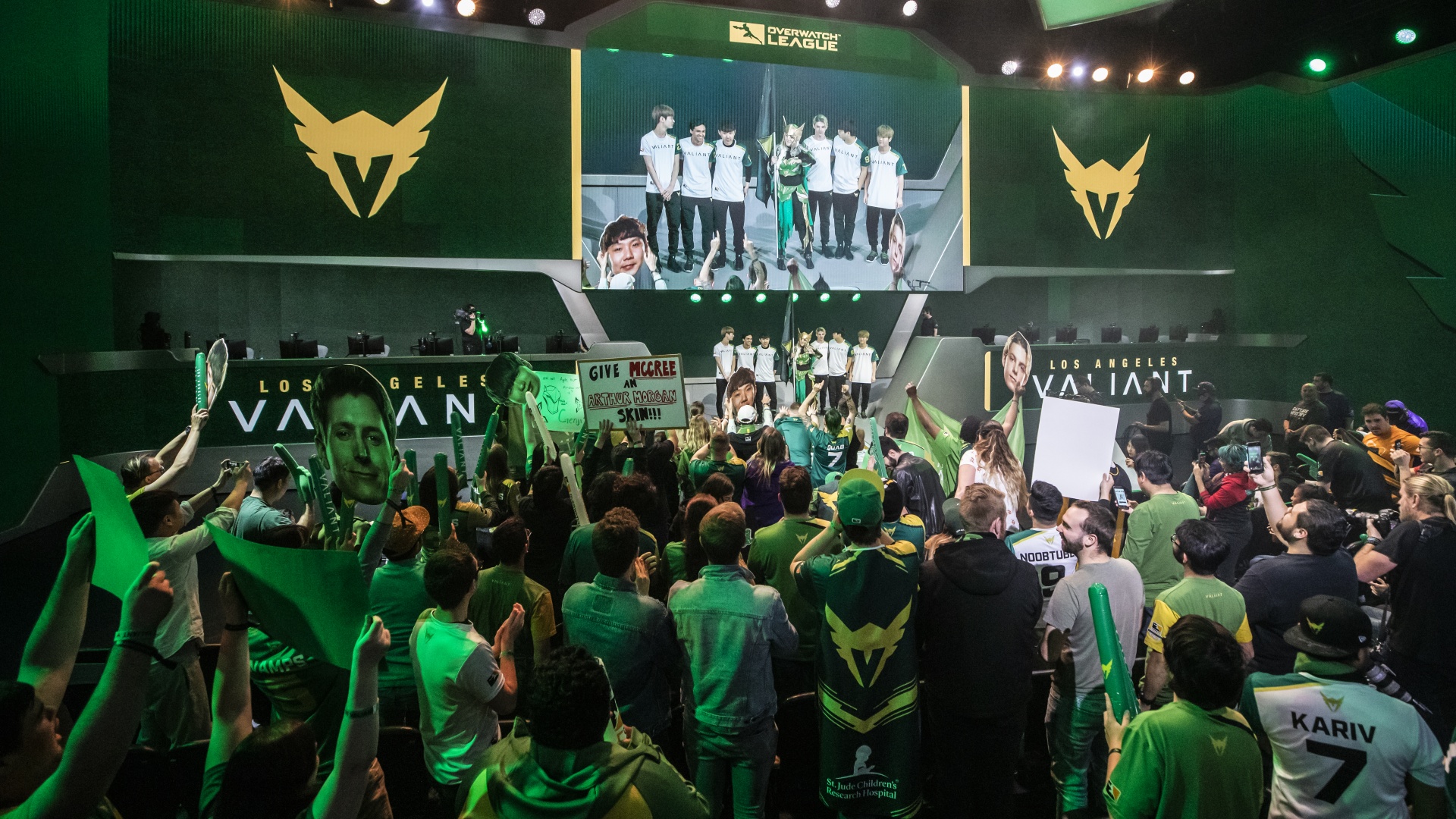 It’ll presumably be the same for Los Angeles Valiant when they spring back from this 0-7 stage, but according to their general manager Mike Schwartz, they don’t feel too bad about the winless record. “Facing one of the most difficult stage one schedules, we managed to stay competitive during matches with some of the top teams in the league. We see that as a positive for our group, even if the overall record doesn't reflect it,” he tells me.

It is true that some teams had much more difficult stages than others, and I still haven’t been able to figure out what the logic is behind it all. The bad news for Valiant, though, is that two of their next three matches are against San Francisco Shock and Atlanta Reign, both stage one playoff teams. On the other hand, that would make victory all the more sweet.

That’s quite enough about actual games, though, so back to what matters: Uni, Noh “Gamsu” Youngjin’s Dutch Shepherd mix. There was some concern at the beginning of the season when Gamsu was transferred from Boston Uprising to the Dragons – would Uni be coming with him? Thankfully, the answer was yes, and according to Gamsu he liked the move.

“Because the Shanghai Dragons’ team house is really big, Uni is able to run around and thus he is happy,” Gamsu tells me. As I was typing this I literally let out a wistful sigh for such a simple life. Dogs are good.

“Uni gets along with everyone so well,” Gamsu continues, in what is undoubtedly the most wholesome interview I’ve ever conducted. “You can tell from our team social media posts and videos. [Kim “Geguri” Seyeon] likes him a lot.”

There are games this week. Philadelphia Fusion and New York Excelsior will kick off the action, with both looking to come back from their playoff defeats. Stage one victors Vancouver Titans will probably crush Hangzhou Spark later in the week, but with a new meta maybe rearing its head (or maybe Goats disappointing everyone by sticking around), who knows? Another stage of upsets could be on the horizon.

Until then, I confess, I will still be thinking about Uni. What a good dog.