If you've already hacked and slashed and tumbled your way through Minecraft Dungeons' campaign, you can grab your enchanted boots for another spelunking. The first DLC for Minecraft-but-Diablo is out now. The Jungle Awakens DLC sends you into the overgrowth to battle the Jungle Abomination. Even if you don't grab the DLC, a free update including a new secret mission has been added for all players.

"Only you can fight back against the snarling overgrowth to free this distant jungle from a mysterious power," say Mojang. "The path is perilous—new foes and dangerous puzzles wait in the shade." The new DLC takes place after the main campaign of Dungeons, so you'll need to have stomped the Arch Illager before you trek out into the jungle. If you need a bit of assistance putting a pin in the Obsidian Pinnacle, we've got ya sorted with our Minecraft Dungeons bosses guide.

The trailer for Jungle Awakes above shows off many of the new bits you'll have to play with. There are pandas, poisonous-looking skeletons, and some creepy cacti-like creature. To take on these new challenges, you'll have new tools like the Vine Whip.

Players who don't buy the DLC are being geared up with some other new additions like the Battlestaff and Dual Crossbows. How are you supposed to reload a crossbow if both your hands are—oh nevermind I'm sure it's cool. All players will also have access to a new secret mission called the Lower Temple as well. If you're looking to unlock all the other Minecraft Dungeons secret levels, we've got a handy guide for that too.

The rest of the patch notes for the Minecraft Dungeons update are available for your perusal over on Minecraft's site.

You can find Jungle Awakens in the Microsoft Store for £5/€6/$6 if you don't already have access to it as part of the Minecraft Dungeons Hero Edition.

You thought I wouldn't include the pandas? Puhleeze, here are the pandas: 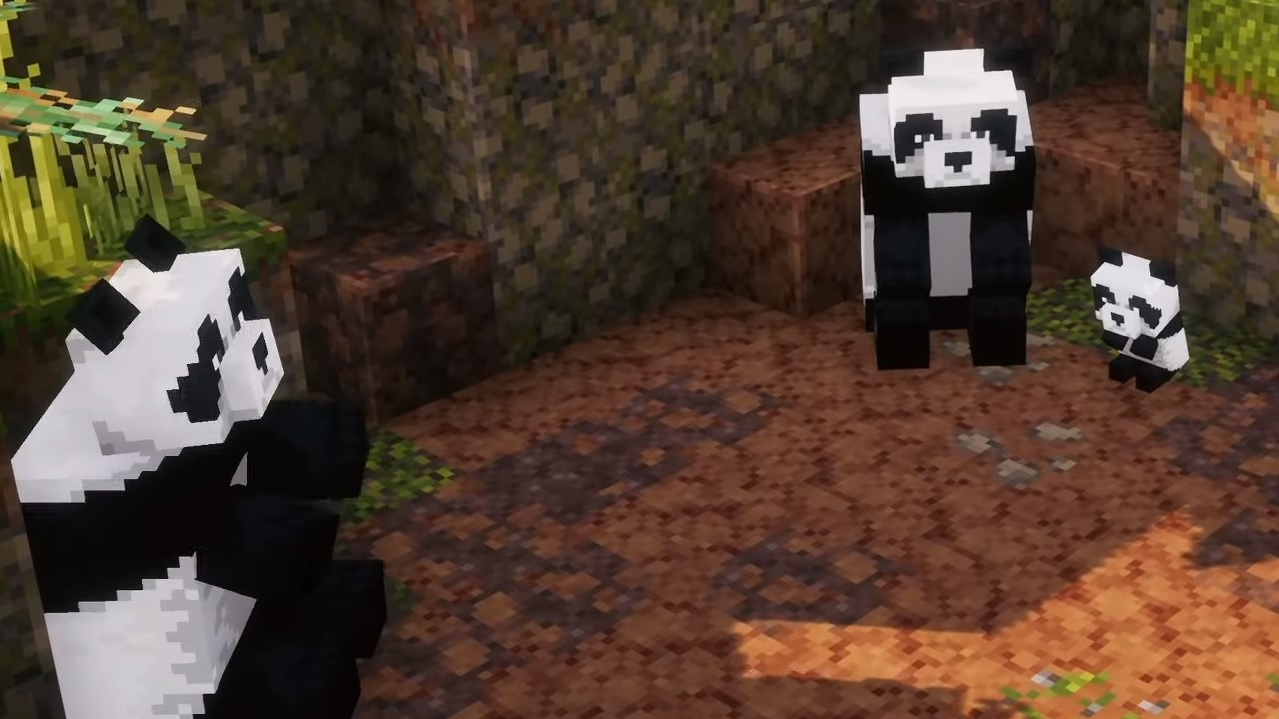