It's oddly reassuring that the Oddworld series hasn't forgotten its roots, three and a half console generations later. Today, we get our first hazy look at Oddworld: Soulstorm in motion, and a few extra details after IGN had a poke around a demo level and a chat with devs Oddworld Inhabitants. Abe appears to have learned how to use vending-machine-dispensed guns, and appears to be scavenging random gubbins from bins, but beyond that, it's looking like familiar 2.5d puzzle-platforming stuff. Below, the trailer, a cutscene from the Unity keynote in March and a fistful of screenshots.

From the looks of today's trailer, Abe's proletariat uprising is in full swing. We're back to industrial hellscapes again, patrolled by Slig guards with twitchy trigger fingers, but the space feels much larger this time round. While movement is still two dimensional, walkways curve around in three-dimensional space, and background elements factor into the action. As mentioned by IGN, Abe can now pick up weapons from vending machines, including a potent-looking flamethrower. I'm curious as to whether Abe's still as fragile as ever, or capable of trading a few shots with enemies.

Here's a dramatic-looking cutscene featuring two of Abe's pals, Alf (previously seen in his own DLC for Oddworld: New 'N' Tasty) and Toby. They've got a train, and are apparently in a spot of bother.

It looks like the rescued workers can help boost Abe's spooky psychic powers, which given the crossfire on the floor below, suggests that he's mind-controlling one of those Slig guards. 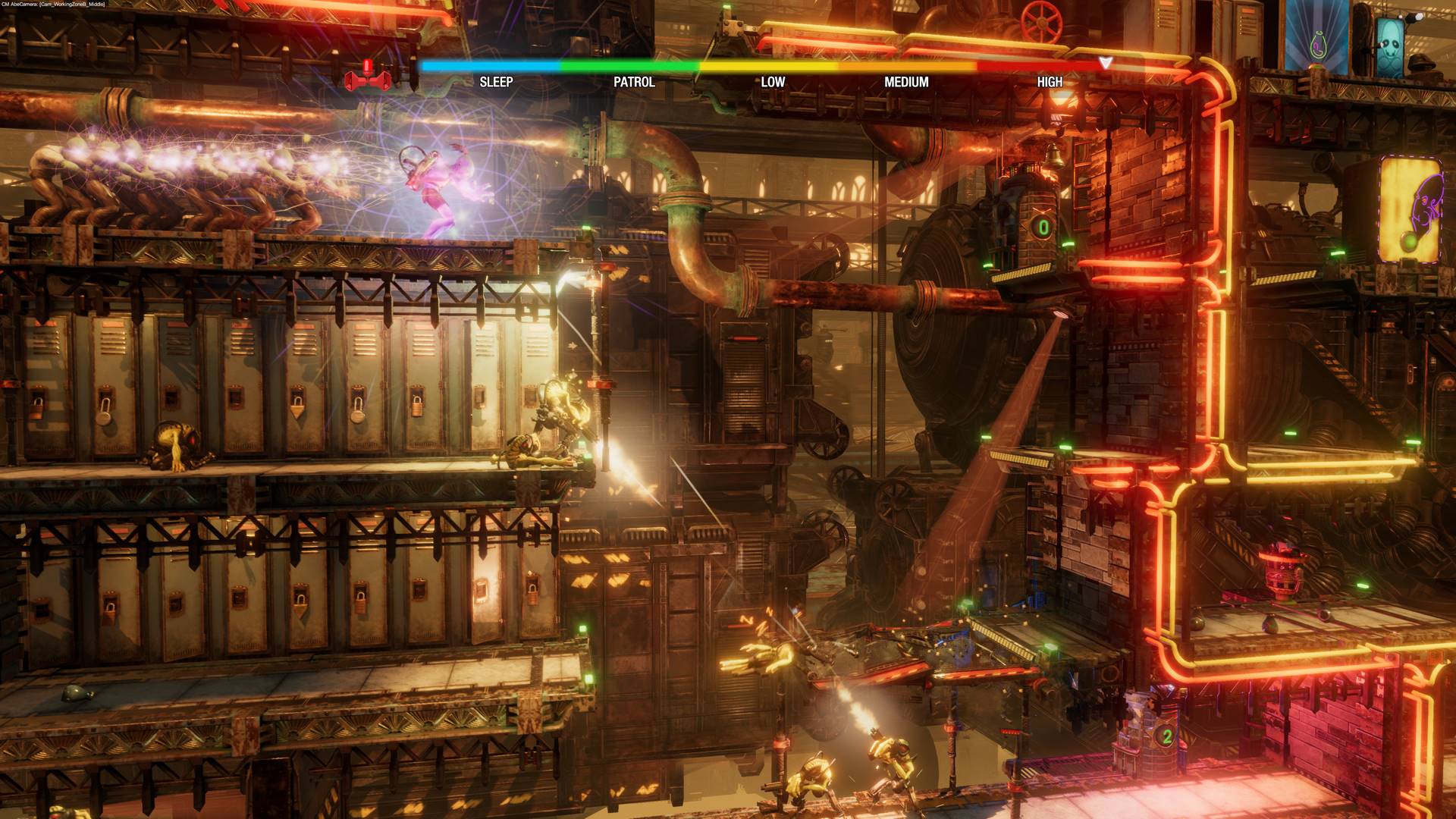 The 2.5d perspective is put to use here in an apparent turret-shooter segment, with Abe blasting away at baddies in the background. 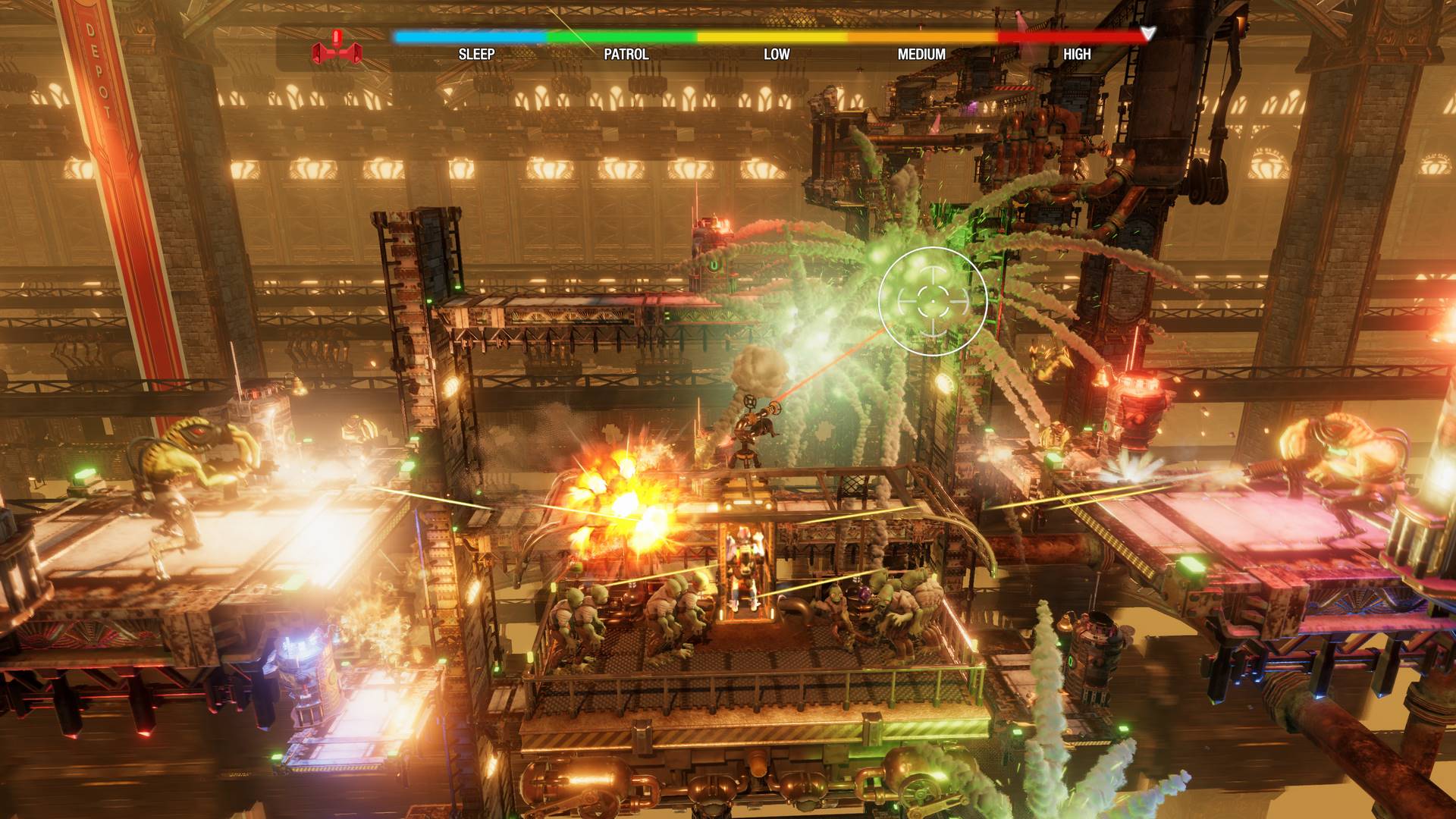 More use of the third dimension here, with the player taking control of a tranquilliser dart turret. Why would you want to put a Mudokon to sleep? No idea, but it's interesting to see a new puzzle element added to the mix. 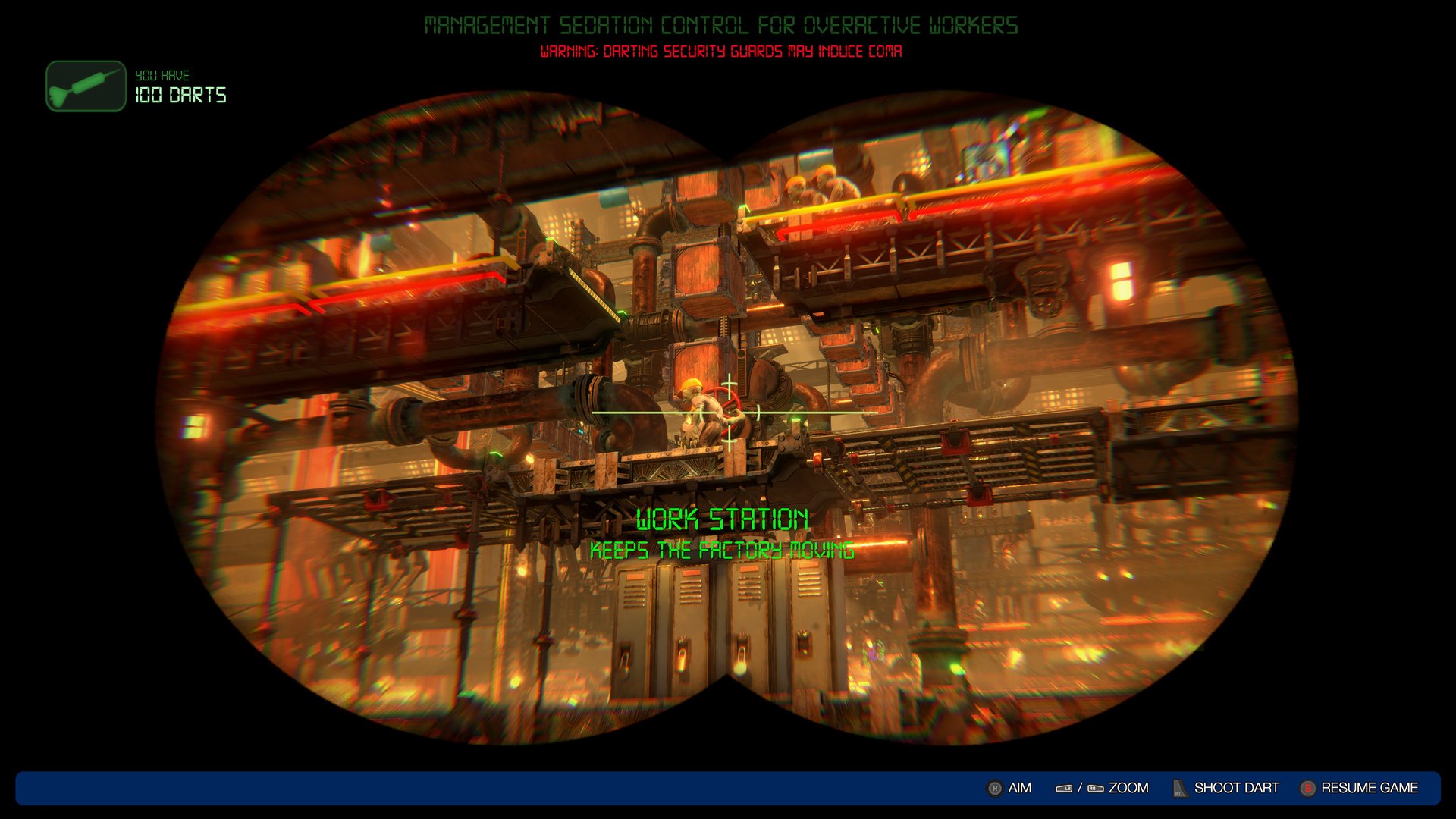 This looks like a very dynamic action sequence, with the oncoming train presenting a potential hazard, and enemy gunfire from below seems to be shredding the bridge the Mudokons are running across. 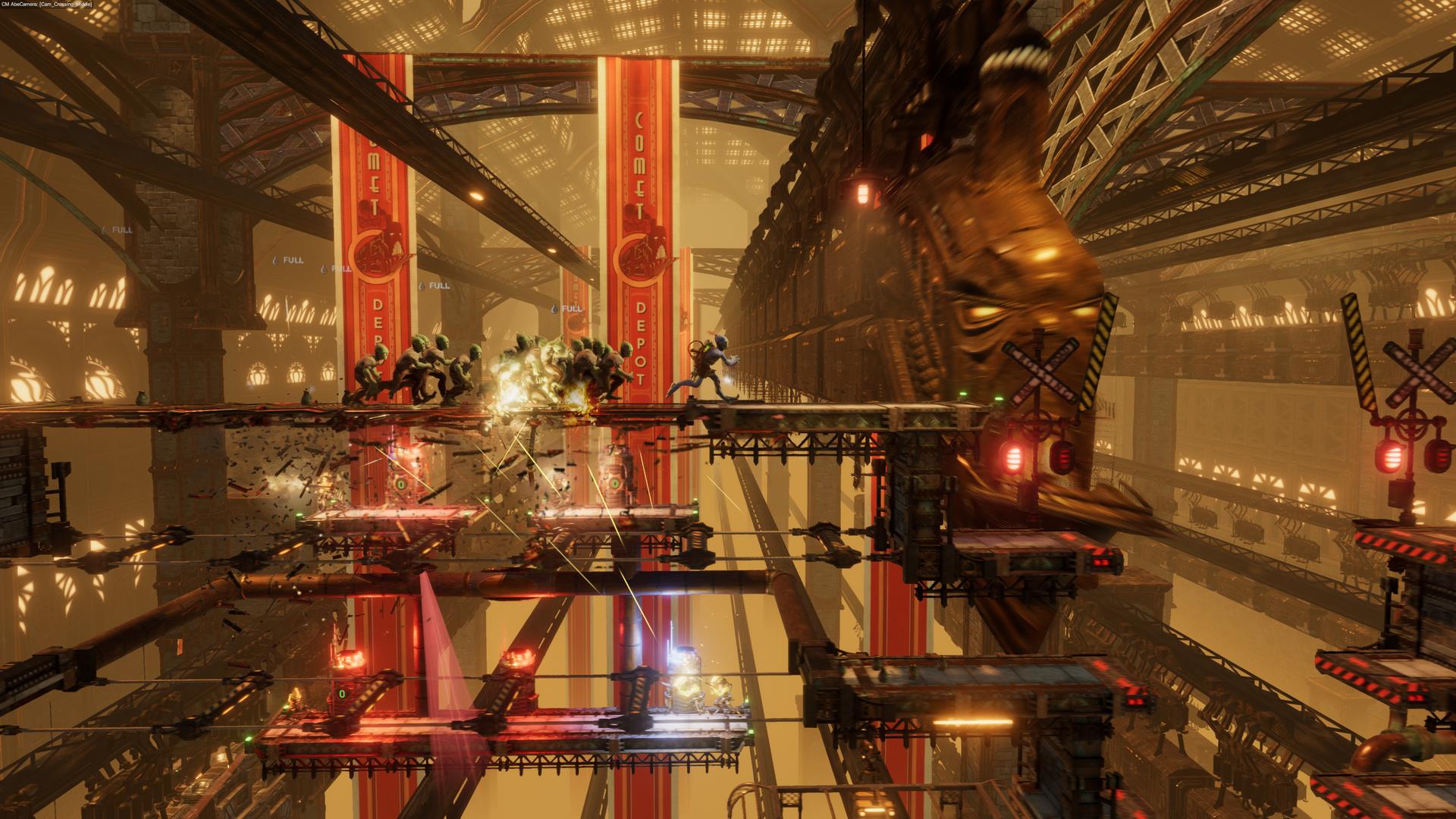 From what IGN describes of the weaponry, it reminds me a little bit of the guns in Oddworld: Stranger. Part gun, part puzzle-solving tool, with multiple ammo types used to manipulate the environment and enemies, suggesting multiple play-styles. The trailer shows us Abe looting a variety of interesting trash items - whether they're used for crafting or trading in for guns, we don't know yet. I'm just glad to see Abe back, and due to star in his second big adventure (out of a still-planned quintology), just twenty-one years after his debut. He's aged well.

Oddworld: Soulstorm is due out in "early 2020", but with no fixed date, and Oddworld Inhabitants aiming for a $40 price tag. You can see a little more on the official page here.