Valorant is great, when it isn't making me sad. So goes my Valorant review. Friends are a key component of Riot's snazzy new wizard FPS, primarily because they won't (usually) swear at you when you do something stupid. A nice side benefit, though, is that you wind up with your own private and superior ways of describing parts of the map. These are important, because you often need to very quickly communicate where an enemy is.

It's the linguistic Wild West, and it delights me. Spawns become Oreos. Bombs get "defrosted". I asked Twitter for a peek into the private nomenclature of other friendship groups, and I'm very glad I did.

I will lead with what other people have come up with, because honestly they're far more inventive than us.

Jason Coles (editor of The Indie Game Website) told me that his friends "call one of the areas BBQ", even though "it's definitely not a BBQ". He didn't tell me where he meant and I spent a very enjoyable five minutes trying to figure out where on earth he was talking about. Or where on... Ascent?

It turned out he meant here, in the part officially marked B-main. I haven't asked how this happened and that's part of the appeal. 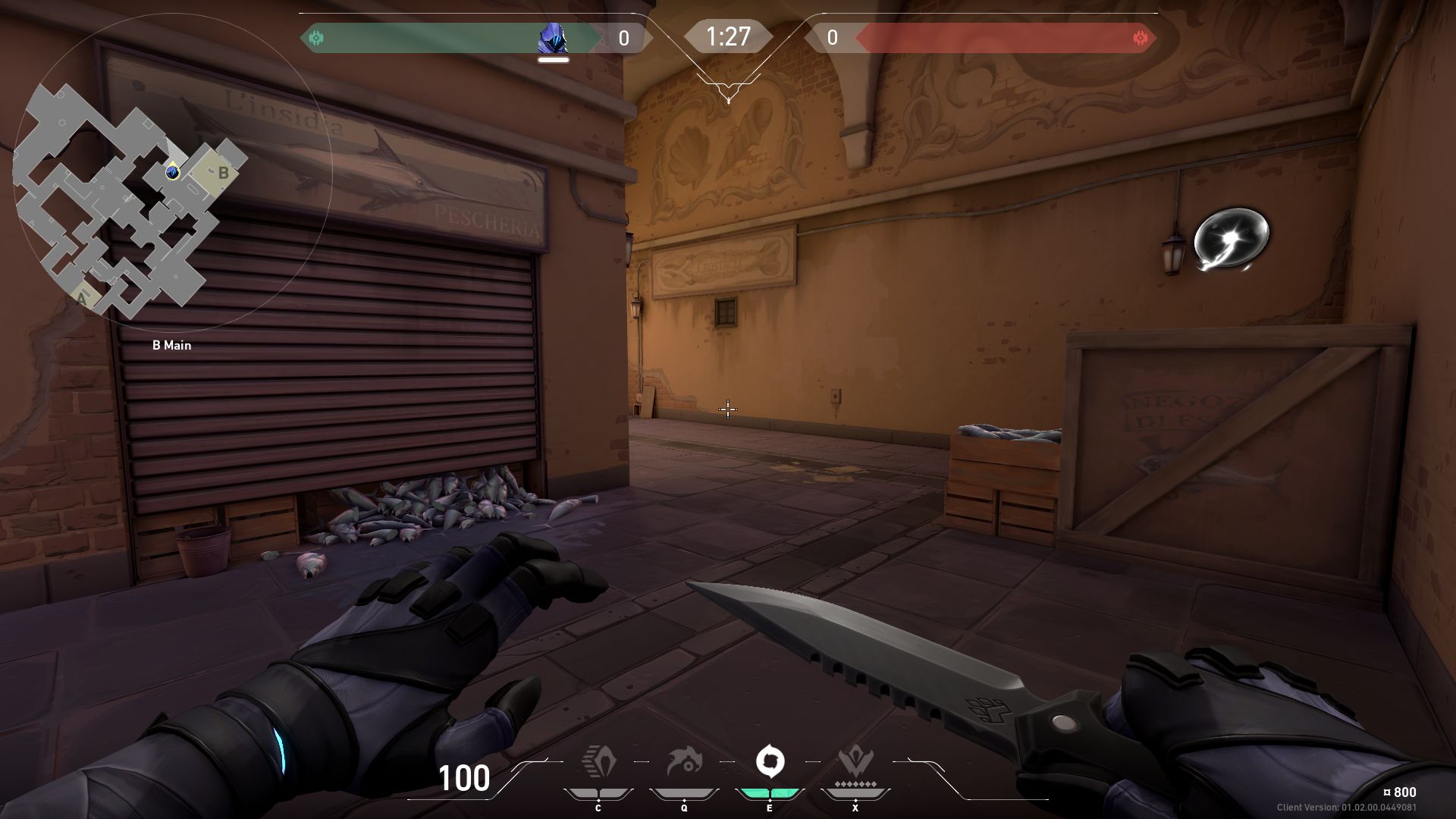 Elsewhere on Ascent, Michael "Wheels" Whelan (of Dicebreaker fame) told me that his group refers to this bit near the attacker's spawn as "near the slime gelato". That's arguably not that inventive, but that's also arguably made up for by the way it acknowledges the slime gelatos. They are harrowing. 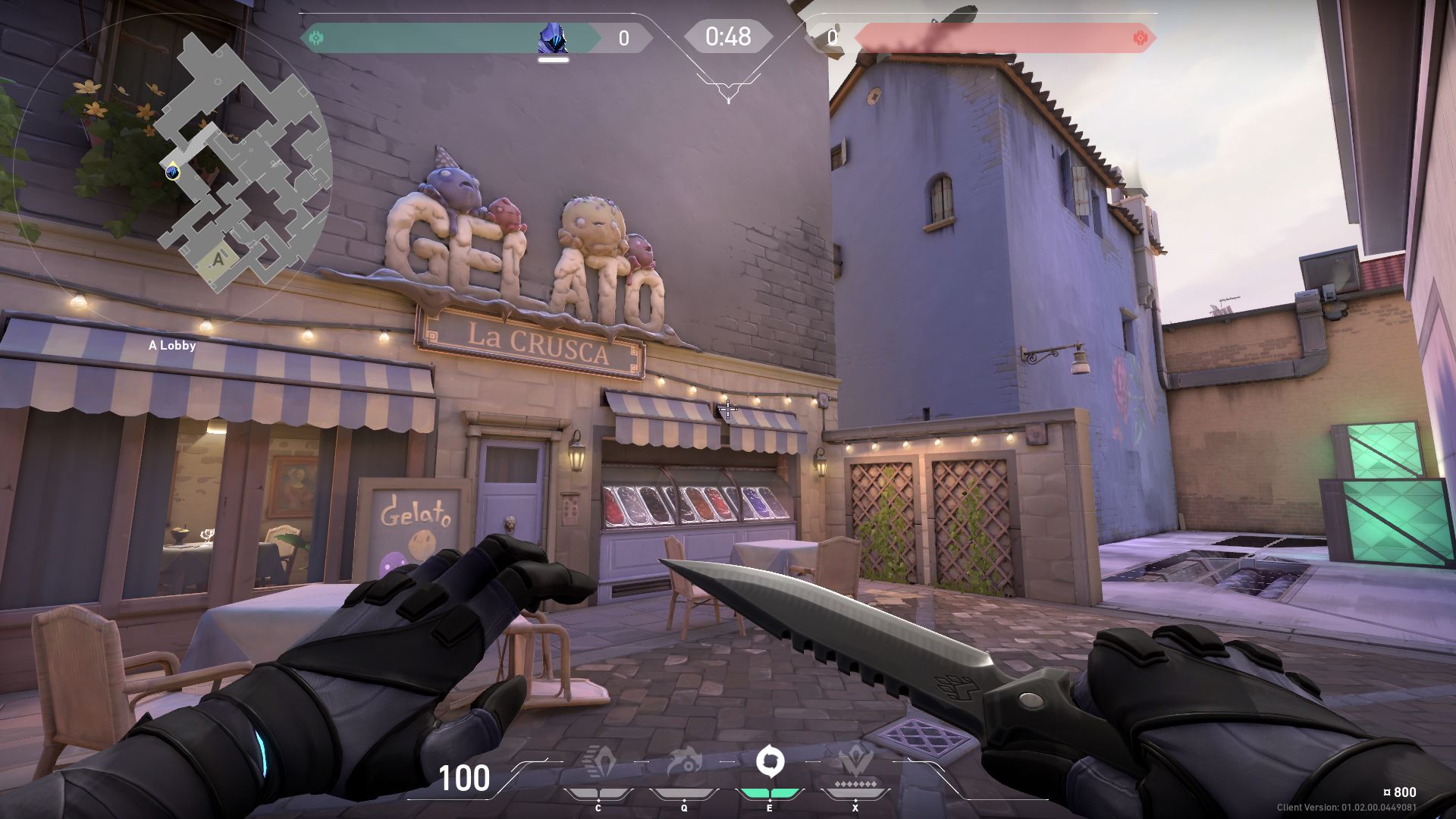 My favourite, though, came from Games Radar guides editor Ford James. He told me that Lamps on Bind "is now sometimes called Kitty Cat because a friend sprayed over it with a cat spray and it kind of stuck". He also told me it's commonly called "U-Haul", because... well, because some streamers from the early days of Valorant misheard the developers say "new hall", if this Reddit post is to be believed. 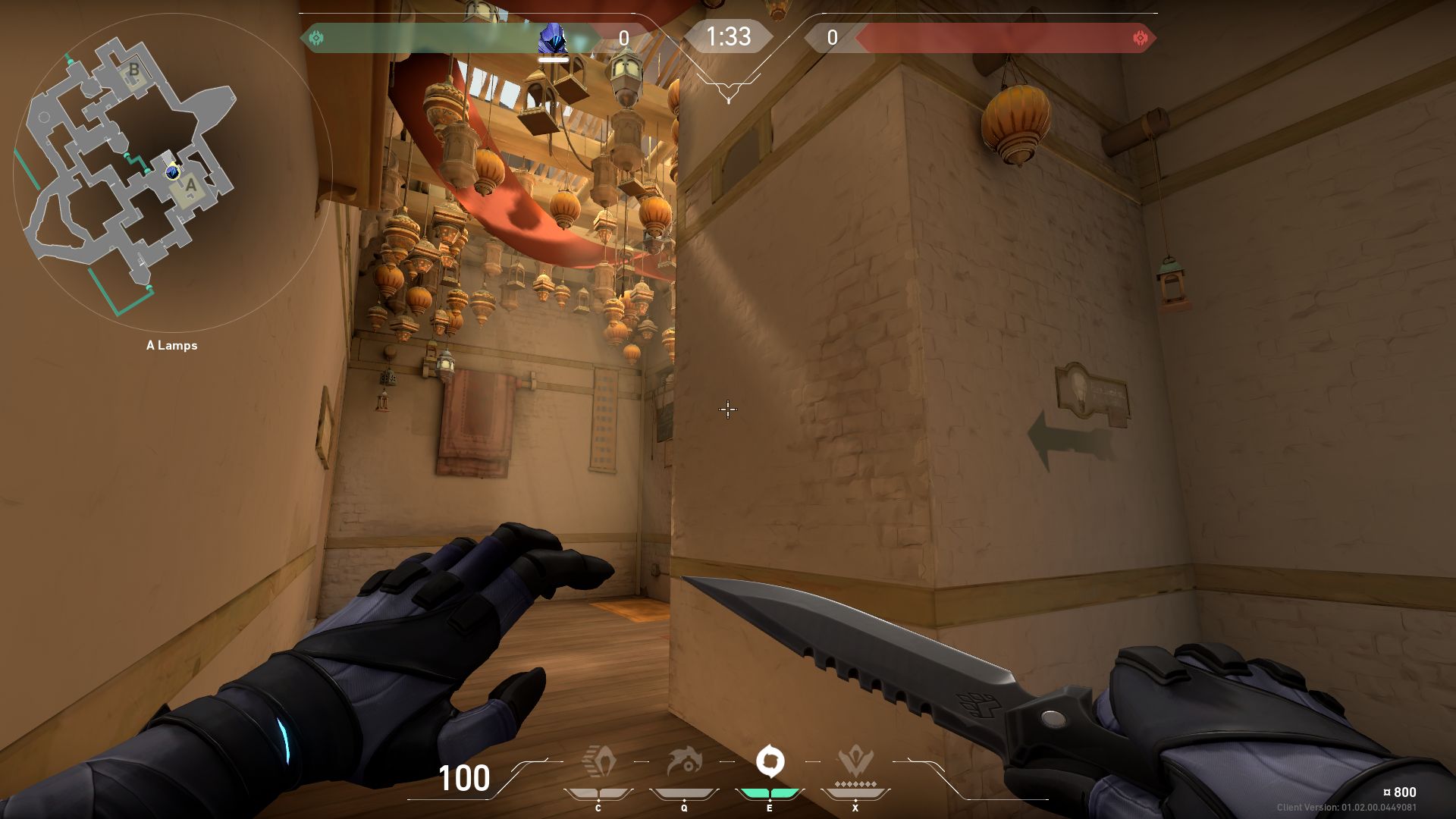 Relatedly, and very nearly as good, Henry Stenhouse told me that for his group, "anywhere we don't know on any map is called Graffiti because of one time we played a random CS:GO map that had graffiti on five different places, confusing us all".

RPS weekend news editor Nat Clayton doesn't play Valorant, but she has incepted me with the notion that the banana shaped part of Haven, A-long, should in fact be called "Banana", in line with tradition established by an old Counter-Strike map. I'm mentioning it because this aspect interests me too - not the private calls that you'd never share with randomers, but the widely-accepted terminology that people often use instead of official map call outs. 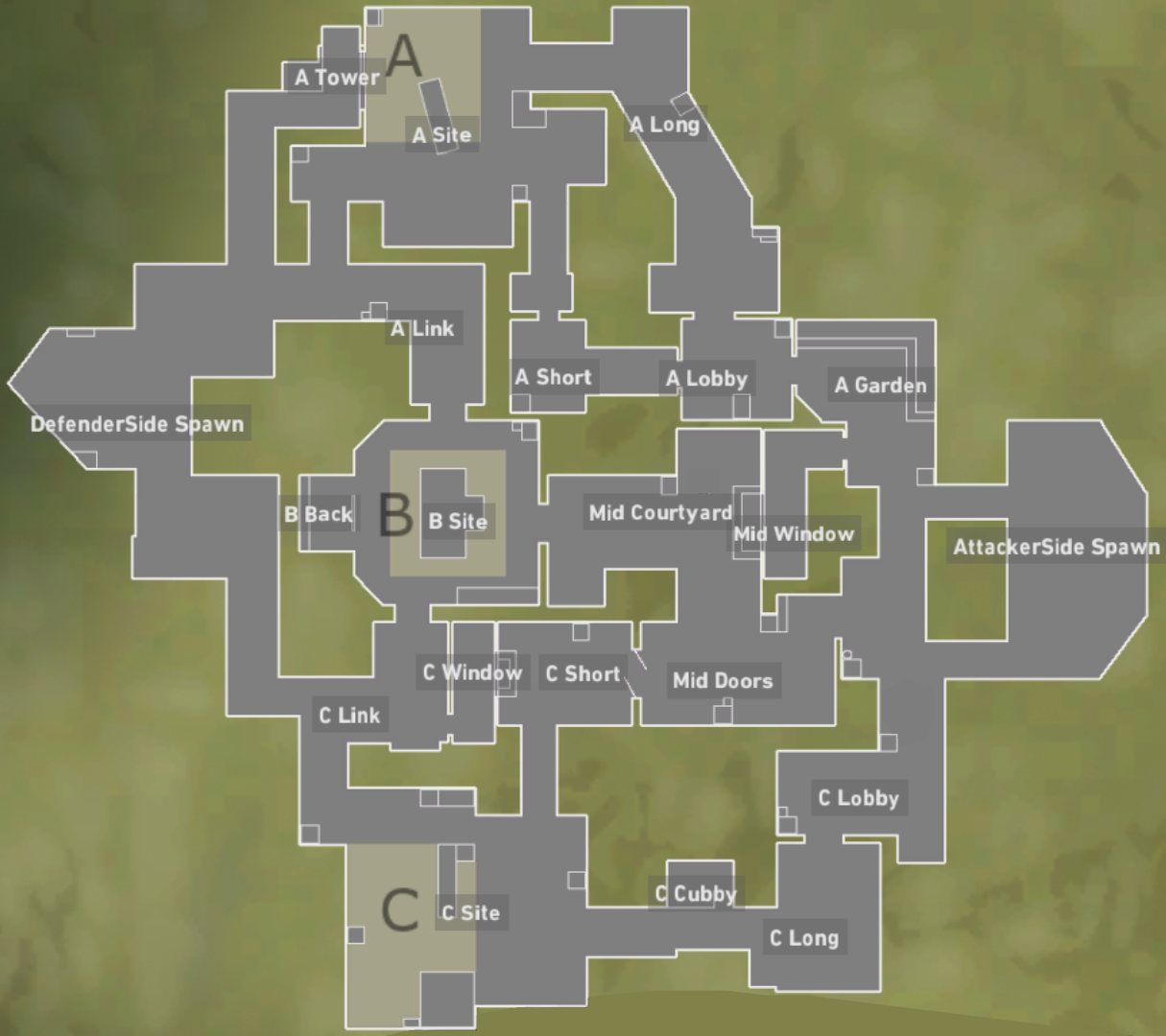 Some of those make sense. Loads of bomb sites offer an elevated position where people often snipe from, and those tend to universally be called heaven (or just "high"). That's good. That's snappy, and generalisable. Everyone will immediately know where you're talking about.

That's not true of Hookah on Bind, which only sort of makes sense, despite that being more common than the official "Window". It's all because players came up with their own agreed on names before Riot came up with official ones. 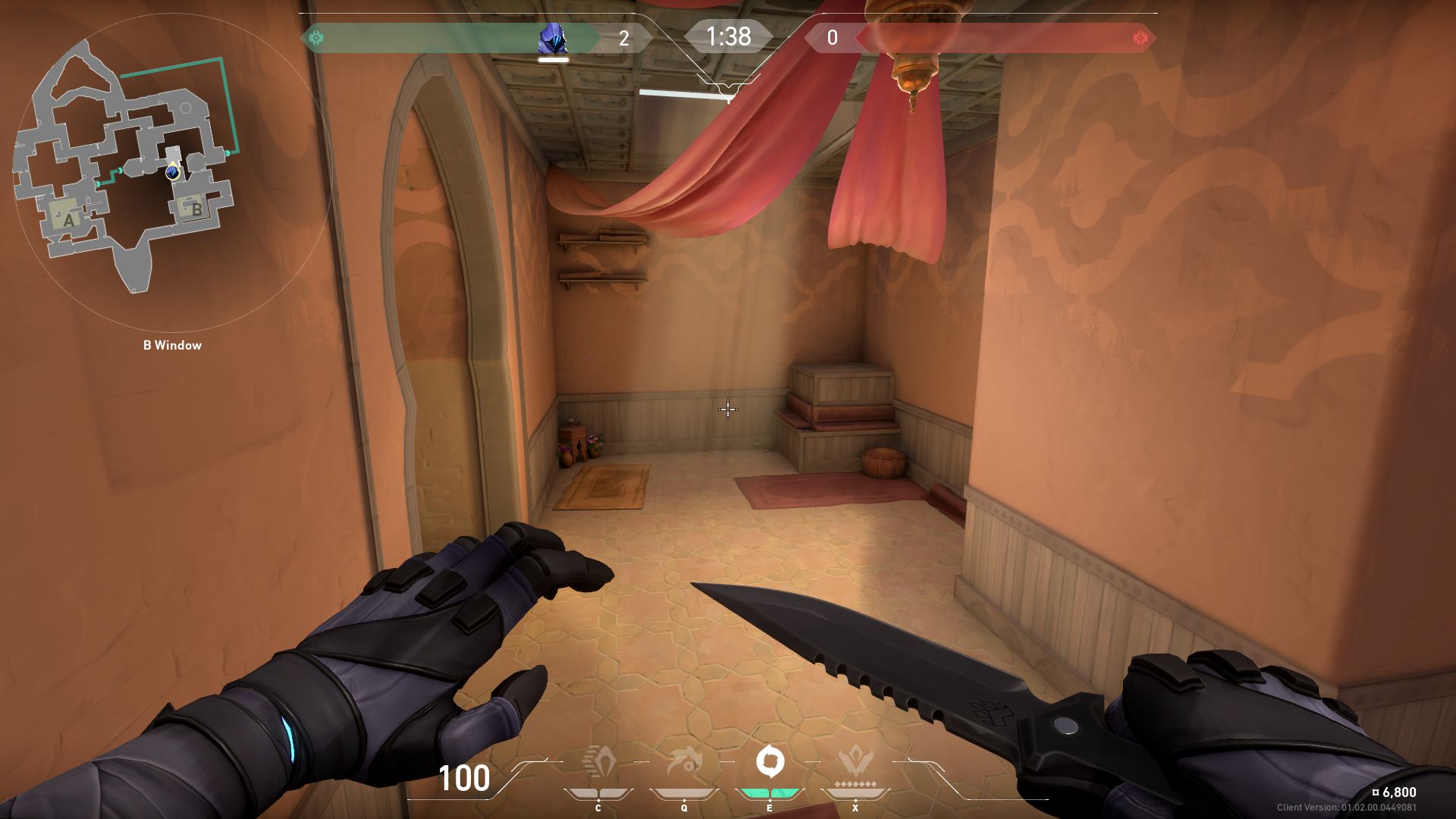 I'm not denying that the spot does look a bit like a hookah bar, but I still had to ask. And while I do find this sort of thing delightful for the most part, there is also a degree to which it is exclusionary. It's an opportunity for the many arseholes of Valorant to pour scorn over newer players, which they are all too eager to take.

But screw them. Play with pals if poss.

Ascent Attacker Side Spawn IS clearly Oreo, when you think about it. 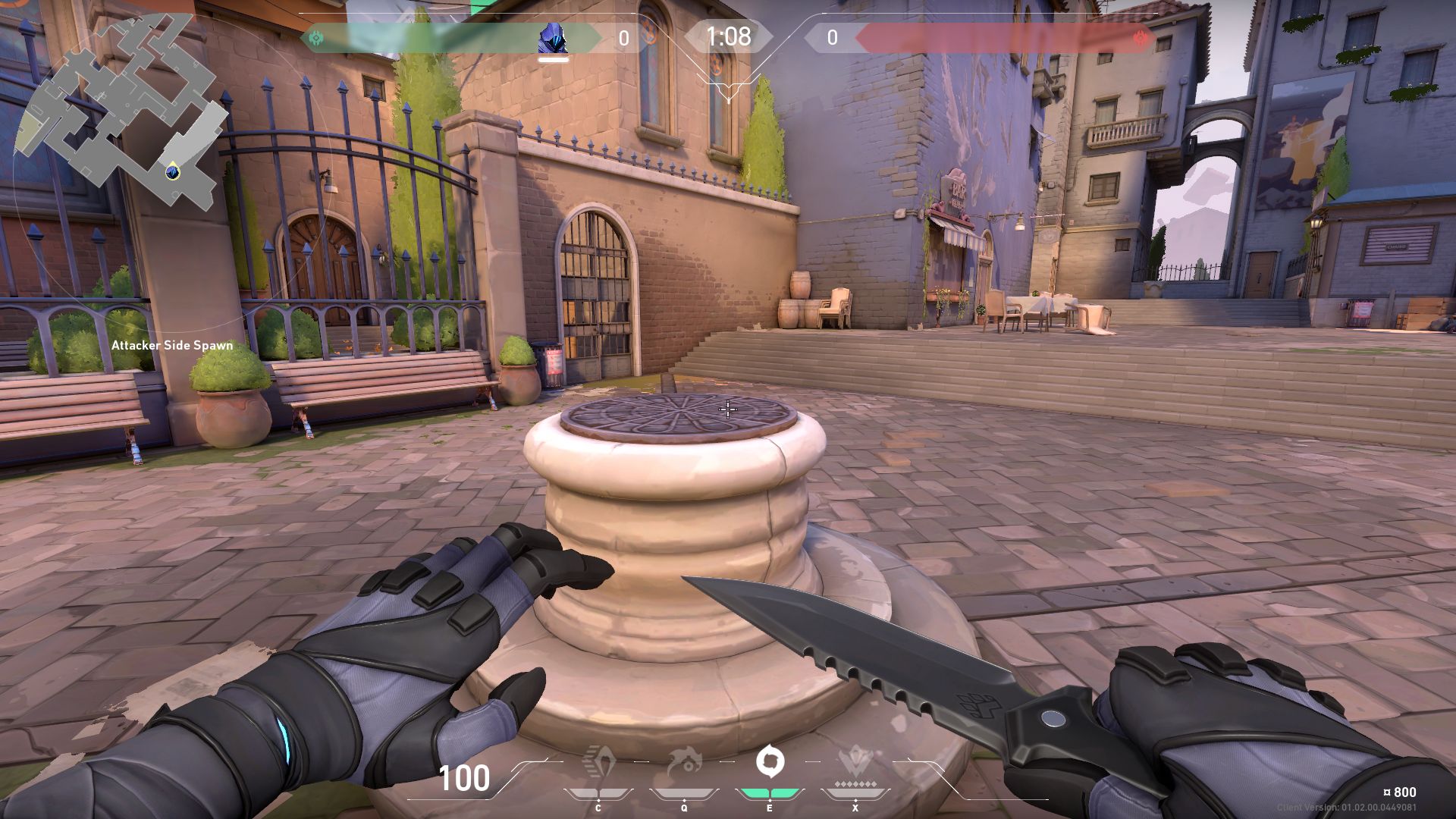