Just like in real life, I can't seem to pick a job in Red Dead Online and stick to it. I want to be a trader and collector and bounty hunter all at the same time. Rockstar are now adding a fourth Frontier Pursuit so that I can sell moonshine and own a speakeasy—the real American Dream.

The new Moonshiner pursuit for Red Dead Online will show up on December 13th as a specialist role for frontier folks who have already put a bit of time into the Trader role. You'll need to have either made Rank 5 as a Trader or completed at least one delivery mission for Cripps Trading Co before Cripps will introduce you to veteran bootlegger Maggie Fike.

Rockstar don't mention whether the new role will need to be bought with the game's premium currency Gold Bars but it's probably safe to assume so given than all three other roles are. It can be a bit of a slow grind to earn those Gold Bars without spending real money on them so start earning those "0.2 gold" rewards from your daily checklist today if you'd like to become a moonshiner on day one.

Progressing through the moonshiner role will have you accompany Maggie on story-style missions and upgrade your initial Moonshining Shack to a proper bar. Rockstar mention that the shack you're first saddled with is in the basement of a normal house but doesn't mention where it will be located. With any luck, speakeasies will be as lively as GTA Online's nightclubs.

You can bet your bottom dollar that owning an entire bar will cost you several pretty pennies, though exactly how many hasn't been mentioned yet. Once you manage to get the real estate though, Rockstar say you'll be able to add "customizable décor and the option to add a country band complete with dance floor to entertain your friends and clientele." So the bar is basically a custom player house which I am very in favor of every online game having. 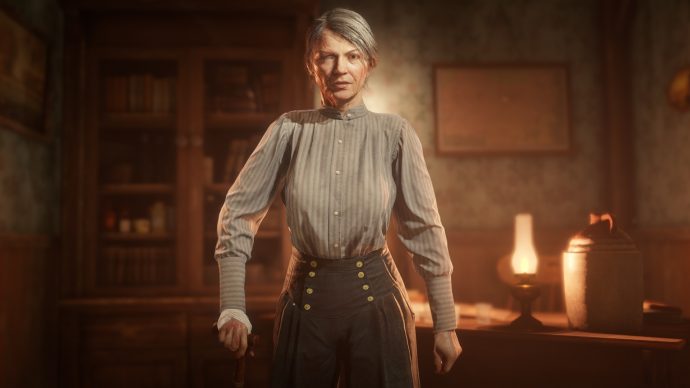 Rockstar also say that the moonshiner update will add new role unlocks, a Navy Revolver, additional clothing options and an increase in the amount of outfit slots in your Wardrobe. Here's hoping that Maggie Fike's pants are one of the new clothing choices because I am already envious of them. Those Navy-style slacks would be dashing with my fringe coat.

Remember, you’ll also be able to buy Red Dead Redemption 2 on on Steam this Thursday, December 5th ahead of the update if that's your thing. Otherwise, it's available on Epic and Rockstar's own launcher. Rockstar haven't been super detailed about the Moonshiner Update just yet, but you can read a bit more about it on the official site.