It seems a developer has managed to leverage two bits of my Ancient Egypt-related childhood nostalgia in one go today. Triskell Interactive and publisher Dotemu used an animated trailer that reminds me of famous Val Kilmer musical Prince Of Egypt to announced a 2021 remake of absolute stone cold classic citybuilder Pharaoh. Well played.

Pharaoh: A New Era was revealed as part of Gamescom this year, in the wake of the Gamescom Opening Night Live show (and we have rounded up every trailer from that for you already). The trailer is almost entirely just nice scenes of life in Ancient Egypt that bare no relation to the game, but we did get, conservatively, about five seconds of the game in action, which is enough to get me very excited.

1999's Pharaoh is lauded as one of the greatest ever citybuilders for a reason, and that reason is that it was very good. A sibling to the similar Caesar and Zeus: Master Of Olympus games, Pharaoh saw you managing an Ancient Egyptian city in great detail. My favourite bit was always waiting for the Nile to flood and gift my grain farms with more delicious, life-giving silt, which in turn meant my granaries would be full of grain. Mmm, lovely.

Pharaoh: A New Era, which will include 2000's Cleopatra: Queen Of The Nile expansion, is being developed with "all new code", so it's a remake not a remaster. But the two screenshots the devs are sharing, and that snippet of it in action in the trailer, make it look very very much like the original Pharaoh. 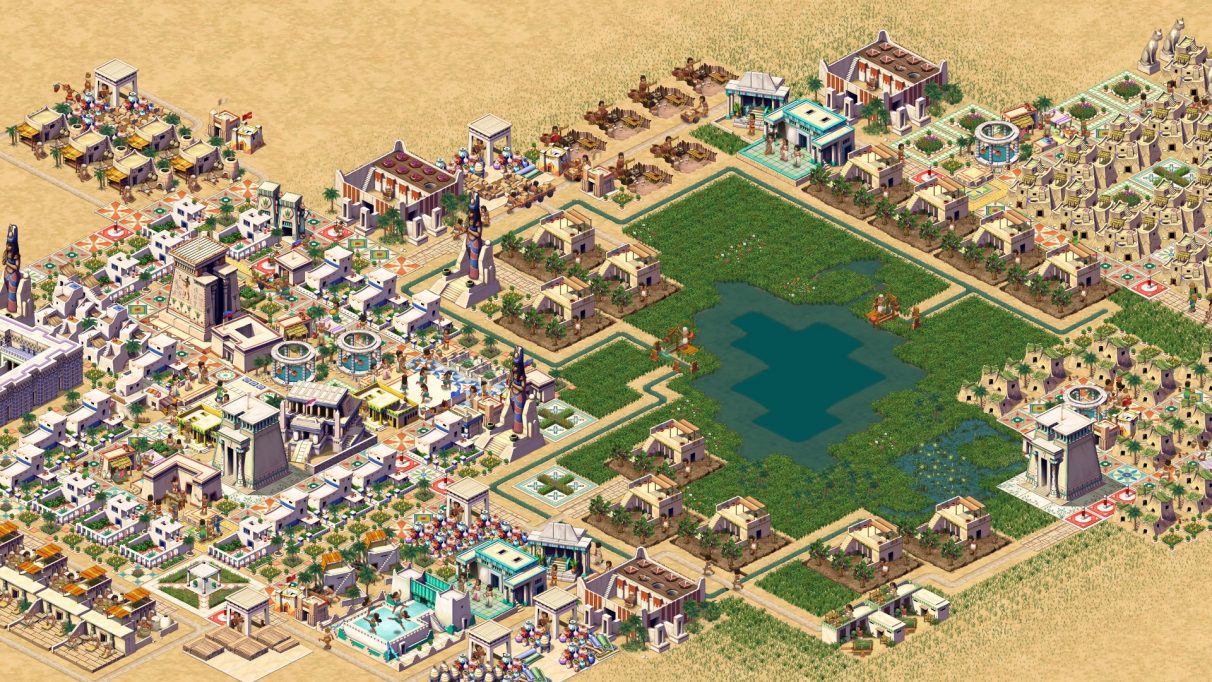 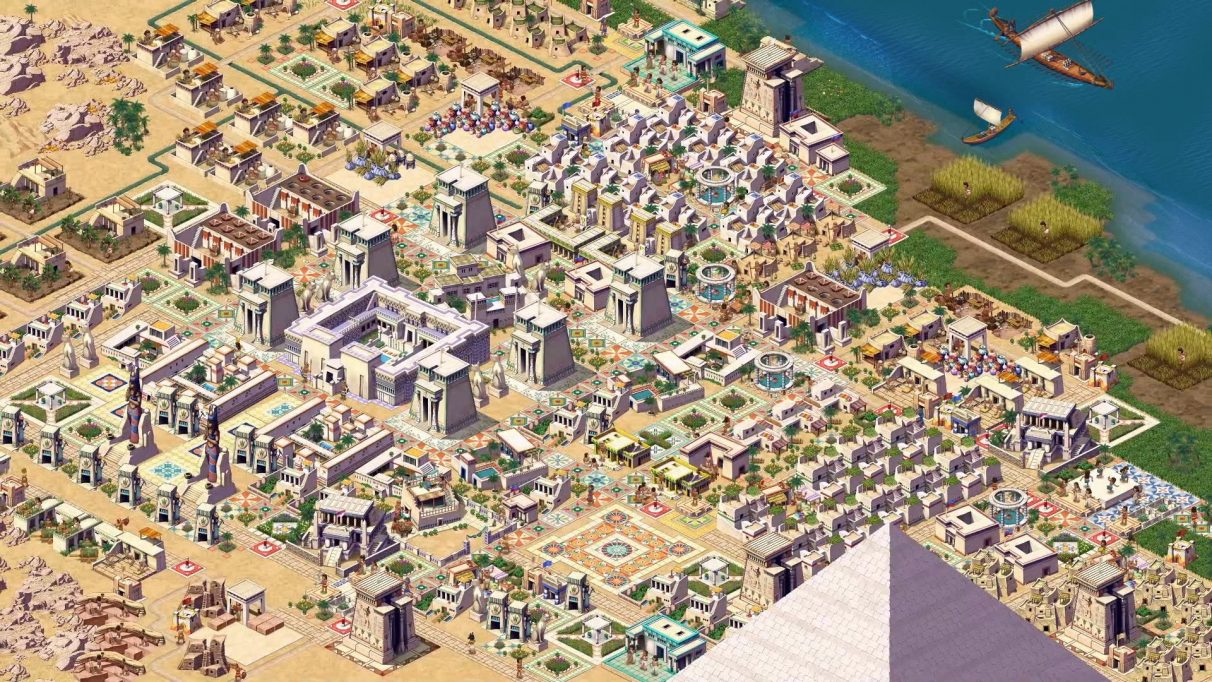 NuPharaoh will have Campaign and Free Build modes. In the former you'll be establishing different cities through different periods of Egypt (of which there are six, with the first serving as the tutorial). Later periods will offer players the choice of two missions, one peaceful and one more aggressive and militaristic. I'm peaceful all the way, mate. I just want to be left alone to build massive statues, thank you very much.

So, I am excited, despite limited information. In particular, because Triskell are the developers behind Lethis, a steampunk citybuilder inspired by games like Caesar and Pharaoh that Alec (RPS in peace) really liked. All together, this is another good reason to roll on 2021. I long for those bustling streets! And the frankly slightly annoying water carriers who require judicial placement of roadblocks to keep them on task.