One of Eve Online's longest term players has made a dubious name for himself by forgetting the golden rule: don't fly what you can't afford to lose.

This Tuesday, a pilot named "Lactose Intolerant" made the timeless mistake of transporting valuable cargo through a 'safe' area of space without taking proper precautions, like not doing that. The result was a ganking that cost him the ship and its cargo, worth an estimated 150 billion Interstellar Kredits. Or, to put it in normal people terms, about £1460.

Lactose Intolerant was piloting an Orca, a large mining support ship sometimes used as a freighter, when he was hit by ten medium-sized Talos battlecruisers in high security space. "High security" systems are areas where NPC ships automatically blow up anyone causing trouble, but take time to show up. In this case, that delay was long enough for an experienced attacker to carry out a kamikaze attack. These attacks are why nowhere in Eve is truly safe for someone carrying gold in a sardine tin.

As spotted by cheery RPS fanzine PC Gamer, a representative of Lactose Intolerant's corporation spoke about the event on the Eve subreddit: "most of the [cargo was] just purchased over time through the 16 years he’s played. Additionally, he’s an older gentleman, who can be stubborn and likes to stick to his guns. Those factors combined with piloting through Uedama are what lead to this happening". I can relate to that kind of obstinance. 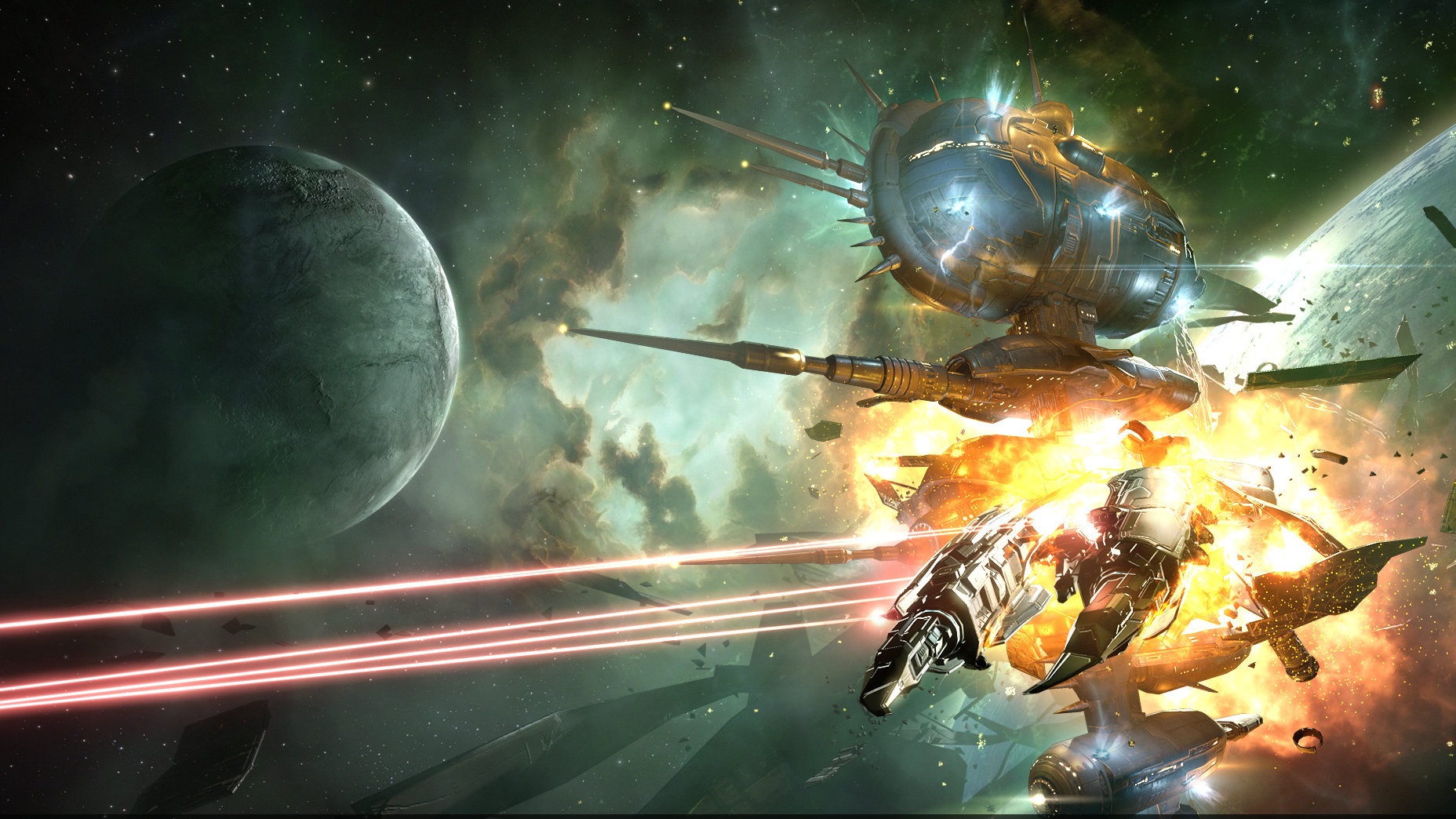 Most of Lactose Intolerant's cargo was ship blueprints, the use of which requires vast amounts of asteroid ore and moon juice, implying a network of mining and trade that in turn demands a lot of character skills and a lot of in-game knowledge. None of that comes easily or quickly. And without those blueprints, his capacity to turn it into profit is gone.

The tragic part is that most of that haul was lost. Every item has a 50/50 chance of burning up with a destroyed ship. Lactose Intolerant was holding most of the goods in a handful of shipping containers, and if a container burns, everything in it goes too. Out of all the value in that ship, 98.45% is gone forever, no use even to the victors. Oofs. And that's why gankers aren't real pirates, kids.

The loss was automatically tracked on Eve's public killboard, and caused a buzz in the community, where little is secret. You don't need to know the game to see how much stuff was on there. Simply scrolling down the list of goods shows endless huge numbers of lost star cash. The total list value this mistake cost was nearly 151 billion ISK. A month's subscription to Eve currently costs roughly 1.75 billion ISK. It's positively eye-watering, the Eve equivalent of a roll of honour.

This 150 billion is based on list prices and simplistic automated approximations, sort of similar to when newspapers talk about a drug haul's "street value". Eve's economy is a shifty, esoteric beast, and even the raw monetary value lost to the void was certainly several times greater than the 150 billion on show. Blueprints specifically, for example, can be worked into more efficient versions (even I did this when manufacturing low-grade ammo and entry-level ships and gear for fellow new players), which the killboards don't recognise. One player estimated the true loss to be as high as 500 billion, which isn't impossible given the rarity of some of the blueprints. 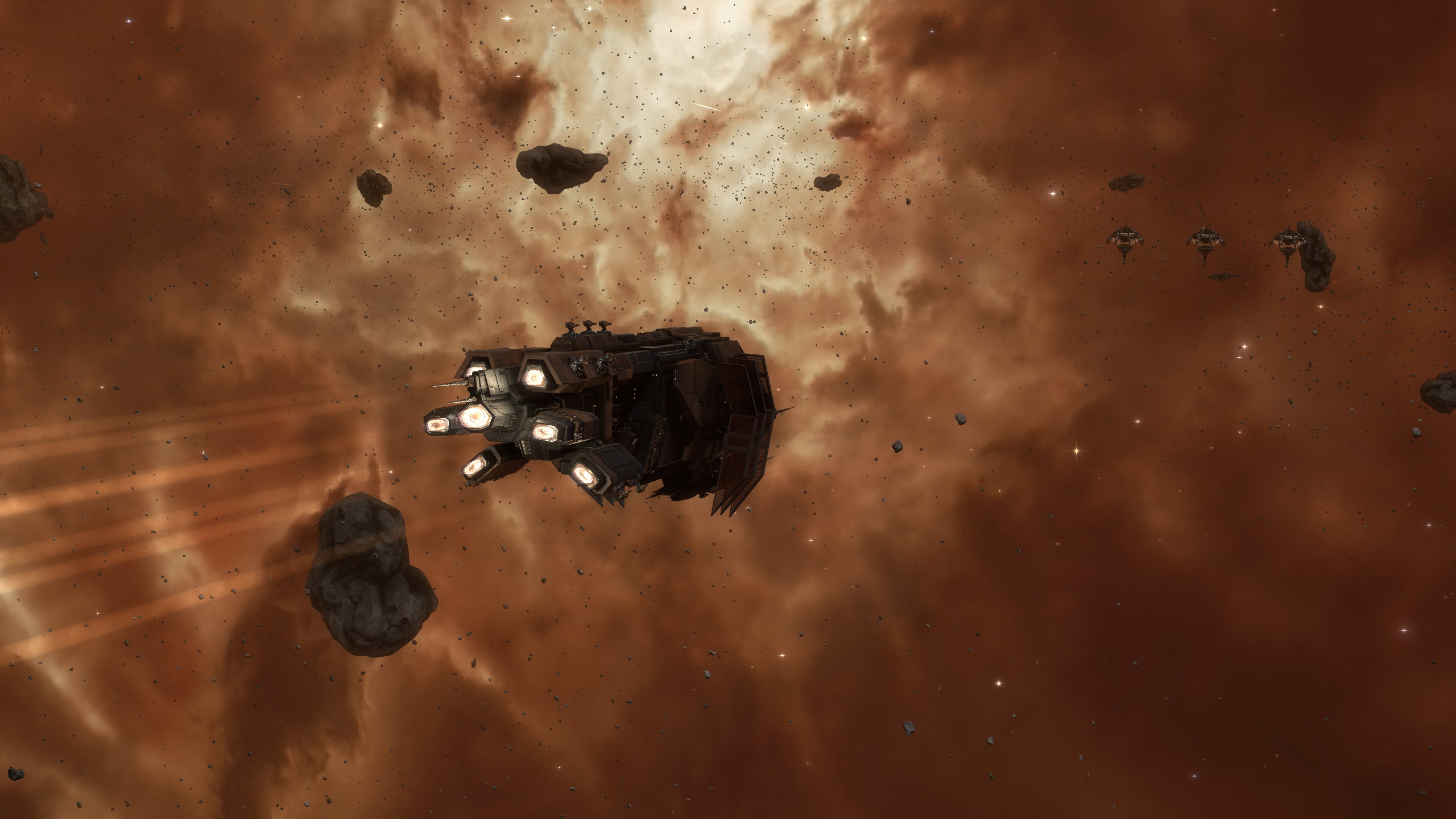 As with its big wars, it's common to translate big losses in Eve to real-world cash equivalents for dramatic effect, but that doesn't really communicate how Eve works. Subscriptions cost roughly £17 a month, but you can pay for it with ISK instead. If we use this to estimate an exchange rate, a subscription worth the amount of ISK lost here would cost you roughly £1460 if you take the killboards at face value, but potentially several thousand more (and even these numbers are very approximate due to store discounts. Space money is complicated, damn it).

I'm not going to lay into him. It stings enough, and we've all crossed the "ah, screw it" threshold, more often than not without consequence. That's how things like this happen. That's what makes online games what they are, and Eve Online one of the best space games.

It's the time and work that's the really horrifying thought here. Lactose Intolerant didn't just throw some money away. He's been playing for a short lifetime, accumulating money and resources. And then making one catastrophic lapse of judgement that wiped a tonne of it out.

I could not take that, friends. I get grinder's remorse after a couple of weeks in RimWorld or Kenshi. My deliberately tiny-fry way of playing Eve left me with a trivial financial worth even compared to the average player. I got excited when I charmed my way into a ship worth about 0.06% of what was lost here. This? This loss is unfathomably vast.

You know what? I reckon it was deliberate. Maybe not consciously, but imagine the burden of 16 years' worth of stuff. Free yourself, my milk-dodging friend. Take up gardening.