Stardew Valley’s mutliplayer launched a couple of weeks ago, letting farm owners roll around in the dirt with up to three pals. But the landowning “host” player must be present if friends are to plant tomatoes, and that head player also has the final say over decisions such as when you all go to bed. Landlords, eh?

But what’s this? It’s a handy mod that lets farmhand underlings get on with their daily routine without the host. Well, sort of. There are some big drawbacks. The host still has to leave the game running on their PC, for instance. But as a stopgap for those wanting a more traditional server-ish muckabout, it could be useful.

The mod is called Always On Server by NexusMods user “funnysnek”. You can get it on NexusMods or read more about it in this Reddit post by the creator. Basically it sends the host into a coma, and lets any guest serfs continue playing while their boss lies in bed. Farmhands can decide their own bedtime and work away at their chores without fear of the landed gentry. If everyone leaves or gets disconnected, the game will pause, and if a peasant comes back it’ll resume. “This prevents the farm from falling into disrepair and years of game time passing with no one around,” says the modder.

Aside from the host leaving their PC running, there are other downsides. The relationships the host is building will deteriorate while they are gone, for instance. Normally, you gotta keep throwing pastries and smelly shellfish at your pals and romantic interests, filling up heart containers until you are subtextually shagging everyone in the village. But with this mod, the host obviously won’t be able to maintain those relationships with more gifts, because they’re in a coma. 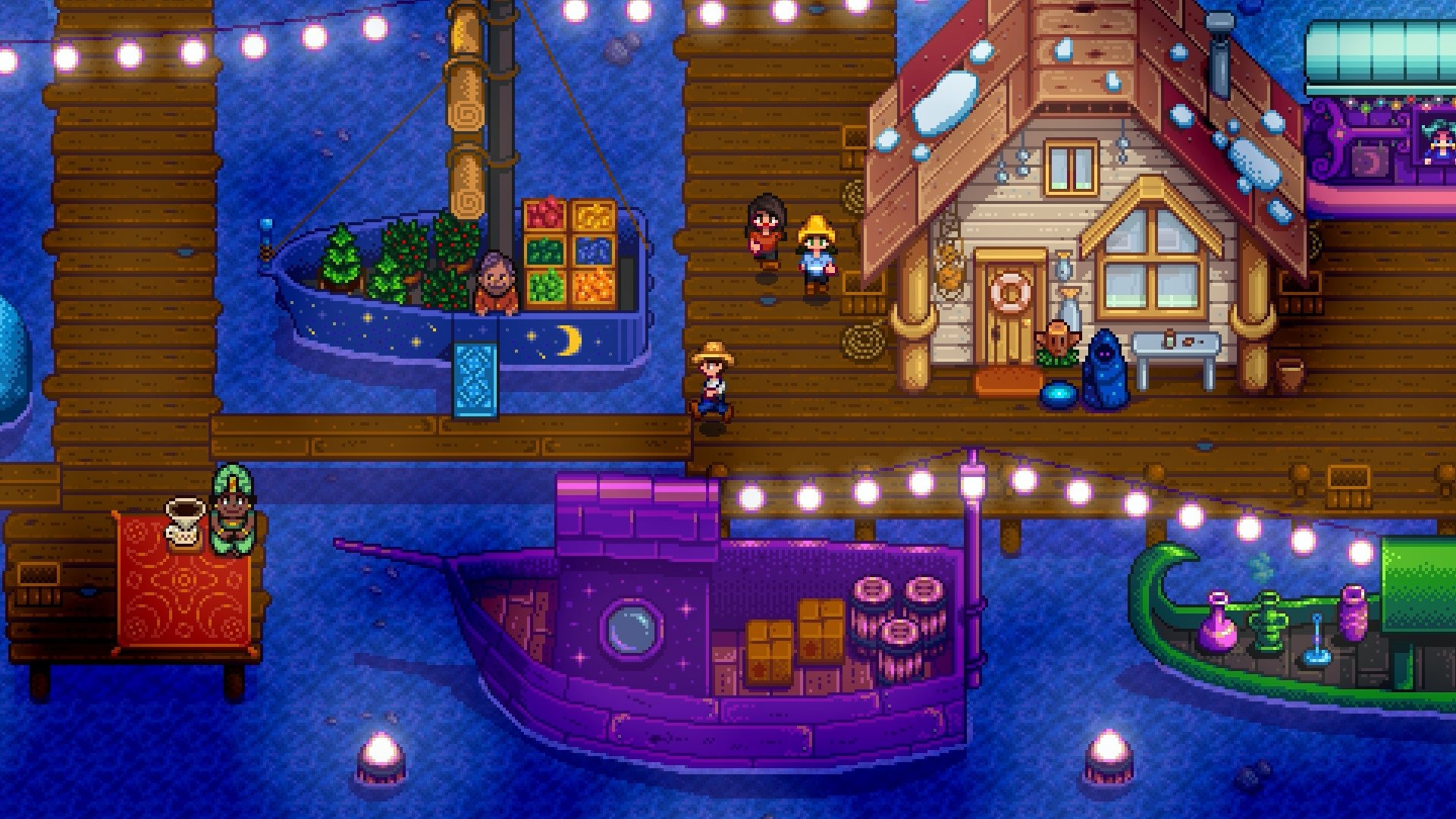 It’s not a massive problem if you only plan to Rip Van Winkle yourself for a short time, which seems to be the idea. And the creator of the mod is planning to fix this by “freezing” the level of NPC hearts on behalf of the host. They’re also planning to let farmhands take part in holidays without the host. Currently, the farmmaster needs to be there to kick off parties and festivals by speaking to the right people.

So yes, it isn’t perfect and it’s likely impractical to leave your PC on for days just so Chad and Helen can grow hundreds of turnips. But as an AFK measure it fills a hole. If you’re gonna be the one in the coma, you’ll need the mod loader SMAPI to use it. It’s also compatible with the Chat Commands mod, which lets you type useful commands from the chat window, such as the command “/server” (the magic word you’ll need to type to make yourself black out for days).

Other Stardew Valley multiplayer mods are around for the farm ‘em up. Two such mods lift the cap on the amount of players who can join your world, letting you create a large farm full of workers. It doesn’t appear to be compatible with this mod though, so that perfect turnip commune with no leaders may have to wait.