Fans of The Walking Dead have been lingering on a reasonable question lately: what kind of ending will The Final Season be for our erstwhile hero Clementine? Specifically, and fittingly, there’s speculation about whether she’ll survive it all. A recent blog post by season director Chris Rebbert might just put some of those fears to rest – or perhaps it’s all just to lull us into a false sense of security.

Spoilers for the end of season one and the very opening of The Final Season below the cut!

Both season one and this fourth and final season begin with their respective protagonists getting into a car crash. Some fans, like Reddit user Excellus have suggested that this might be foreshadowing that Clementine will soon die, like Lee did at the end of season one.

It’s a reasonable theory; not least because Clementine has grown up into Lee’s shoes by becoming the game’s parental figure, with AJ taking the role of the child who needs protection. If this season continues to follow in the footsteps of the first one, it may well end with a similar tragedy.

Rebbert’s blog post, though, promises that the crash lining up so neatly is just a coincidence. “It wasn’t until all of this work was done that we realized Lee’s story started in a very similar way, once upon a time,” he writes.

I’m not entirely convinced, not least because, as I wrote last week, the first episode is so morbid in and of itself. There’s also a bunch of other potential foreshadowing in the first episode, which I won’t detail for those avoiding spoilers, but a lot of them are covered in this Reddit thread. 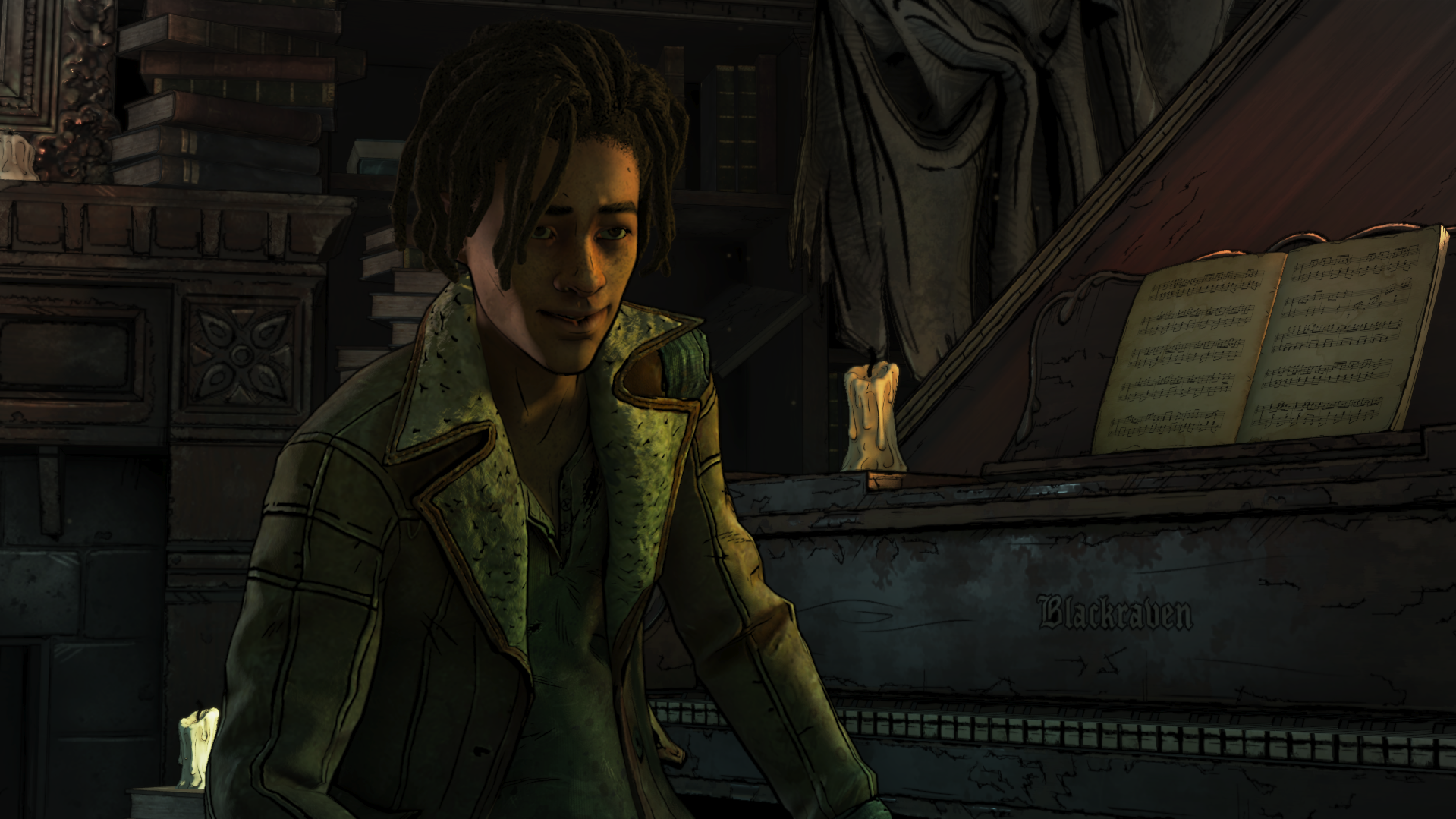 Nonetheless, the blog post itself is still a really neat explanation of what the developers were trying to achieve with the tense scene. For example, inspired by a similar scene from 2006 movie Children of Men, the sequence uses a single “shot” without cuts.

“Players are only able to focus on one thing at a time, all the while knowing that more threats are gaining momentum in the periphery. This helped build suspense and anxiety,” Rebbert explains. It also handily combines a feeling of claustrophobia from being trapped in the car with a sense of connection to Clementine: “Shooting the scene this way also allowed us to feel like we were locked in that car with Clem and AJ, something that was very important early on in the story in order to unify Clem and the player’s perspectives.”

Foreshadowing or not, the scene establishes the perilousness of the setting for new players and serves as a reminder for old ones, plus it highlights Clem and AJ’s resourcefulness in surviving it. Reading Rebbert break down its intentions and inspirations is well worth it.

On the other hand, wild speculation is one of the best parts of episodic games, so I don’t expect that this will do much to quiet those worried for Clem’s eventual fate (including me). Episode two of the season, ‘Suffer The Children,’ will release, and presumably only fuel these speculations, on September 25.