A reader sent me a recommendation for a trio of games [itch.io link] by Grace Bruxner. They're part of a university course project and I got sent the recommendation because Bug Game is about taking photos of insects! I also found myself tinkering with Bin Game which is about joining a bin cult. The style and sense of daft humour is delightful.

What, you need me to say more?!

I mean, I spent one of the playthroughs of the Bug Game taking pictures of all of the minibeasts' butts. Is that newsworthy? 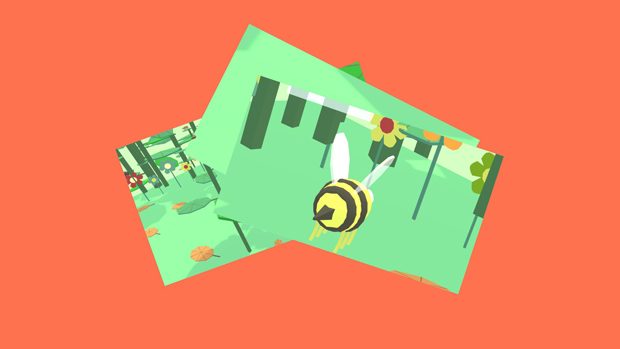 Oh! Also she tweeted this creation and it's great.

great news ! very proud to announce i have just created The Best Boy In The Whole World™ pic.twitter.com/Xgef8mcTtG

If her name is ringing a bell but you can't place it, Brendy wrote about her Alien Caseno game last year, and included her The Fish Market project in Free Loaders. Plenty for you to rummage around in if you enjoy the three I mentioned above!