When starting Assassin's Creed Valhalla you are given three options with regards to your character's gender. As in previous games, you can choose to play as either a male or female version of the protagonist. There's also a third option, which gives control over to the Animus. The exact effects of each of these choices are unclear at first, which is why we've revealed all in this guide. We'll explain whether you should pick the male, female or Animus version of Eivor.

Assassin's Creed Valhalla: should you pick male or female Eivor?

There are very few differences between the male and female versions of Eivor in Ubisoft's new viking RPG. Besides the obvious change in appearance, there are some minor details that change in certain conversations. If you are planning on playing Valhalla as one character the whole way through, choose whatever you want, as it won't really affect the story at all.

There's a sub-story baked into Assassin's Creed Valhalla's main plot involving the splintering of the DNA being used in the Animus. This splintering is why there are two versions of Eivor playable, and it's clear that Ubisoft wants you to pick the Animus option to experience the 'true' story. The Animus Eivor option is the default one, and will switch between the two characters at specific points. If you'd like to take in the whole of Assassin's Creed Valhalla's story, you'll want to select this option. 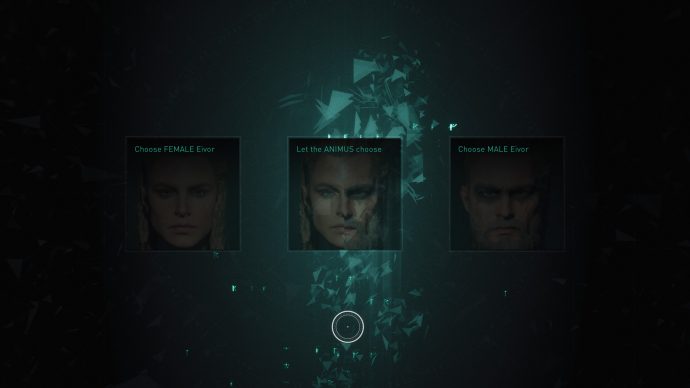 When does the Animus switch characters?

If you're worried about the Animus option being a bit jarring, worry not. The switching only occurs at very specific points in the story, and it only happens a handful of times. There's a cool explanation as to why it's happening too, so you'll get a little bit of extra story with this option.

How to change gender

You can actually change your gender at any point in the game. Simply head into the menu and then select 'Animus'. From here you can choose male, female or Animus Eivor. As long as you can enter the menus, you can reselect your choice.

That's how character selection works in AC: Valhalla. For more guides though check out our Valhalla walkthrough or our thought's on if you should or shouldn't kill Leofrith.