Pack your mozzie spray and put on your hardiest boots, traveller. Minecraft Dungeons is preparing to take us into the undergrowth with its first DLC pack, Jungle Awakens. Arriving next Wednesday, the expansion is bringing some lush new levels, weapons, abilities and story missions to the block-busting dungeon crawler - along with a new dungeon, gear and balance changes in a free update that same day.

Mojang broke the news in a post over on the Minecraft Blog this week. It doesn't elaborate beyond what we already knew - that Jungle Awakens will send you off to the rainforest to fight new overgrown mobs like Leapleaf, Jungle Zombie and Poison Quill Vine, using new weapons and armour across three new story missions. It does include pixellated pandas, though, and they are very cute. 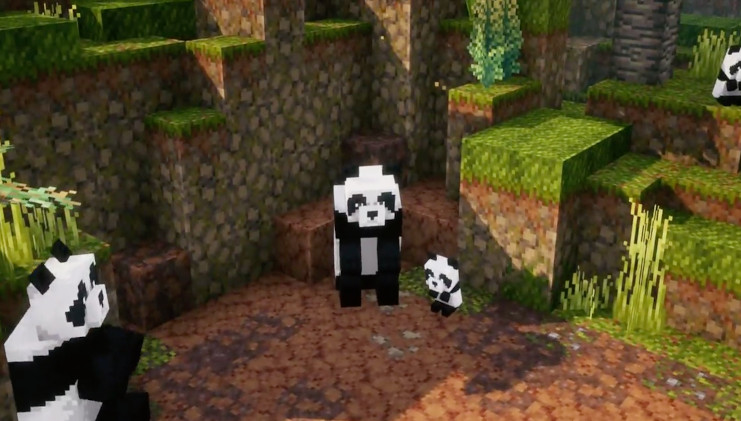 The post does, at least, share more deets on the free update that'll launch alongside Jungle Awakens next week. There'll be a new dungeon, Lost Temple, available regardless of whether or not you've paid up for a jungle excursion. A few new items are being thrown into the mix, and everything is getting a bit of a balance shake-up. While this week's post is too conversational to get into the nitty-gritty, I imagine we'll get proper update notes closer to release.

Sadly, the post doesn't update us on Minecraft Dungeons' incoming cross-play support. Neither does it chill out for more on Dungeons' second DLC, Creeping Winter, which was teased back in Jungle Awakens' announcement post. That'll be one for winter, I reckon.

For now, we'll just have to settle for the sweltering heat when Jungle Awakens launches as part of the game's Hero Pass on the Windows Store and the official Minecraft site next Wednesday, July 1st. Suppose we'll have to update our handy Minecraft Dungeons Hidden Runes guide once it drops, eh?