Earlier this week, Nvidia claimed you'd need one of their RTX 2060 cards to hit 60fps on High quality settings at 1920x1080 in Red Dead Redemption 2, which at the time sounded rather excessive. After all, an RTX 2060 is generally what I'd recommend for playing games at 2560x1440 these days, so to say you'd need this kind of calibre card for 1080p on not even the highest possible quality settings in RDR2 just didn't sound right - especially when Rockstar's own PC requirements for the game only recommends a GTX 1060.

Fortunately, I've finally been able to do some proper testing of my own after today's 1.14 patch fixed my Rockstar launcher woes, so I no longer have to use my lasso on Matthew's PC to do a bit of benchmarking - and I'm happy to report Red Dead 2's PC performance is a lot more promising for lower-end graphics card owners.

Alas, as I explained in my initial Red Dead Redemption 2 PC settings test on Wednesday, the GTX 1060 is really only cut out for 60fps on Medium-ish settings at 1080p, as introducing a greater number of High settings started to push its average frame rate down to around 45fps when I ran its built-in benchmark.

I say Medium-ish, as Red Dead Redemption 2's quality presets are a bit strange compared to other games. Whereas most games tend to stick with simple names like 'Low', 'Medium', 'High' and 'Ultra', for example, Red Dead Redemption 2 has a sliding, 21-step scale that goes from 'Favour Performance' to 'Balanced' to 'Favour Quality'. Yes, you read that correctly. There are 21 different quality presets in Red Dead Redemption 2, and they all change depending on what graphics card you've got in your PC, making it nigh on impossible to get a uniform set of results across multiple GPUs. As such, the GTX 1060 managed an average of 56fps on a mixture of Low-Medium settings, and 49fps on the next preset up that had a greater focus on pure Medium settings.

In fact, I managed to get an average of 58fps with just a GTX 1660 Super (Zotac's entry level GeForce GTX 1660 Super Twin Fan edition, to be specific), and that was using a custom preset where I'd set everything to High with x4 Anisotropic Filtering and left the Texture Quality on Ultra (because boy is it keen for you to always have Ultra-fied textures). And when I changed the Texture Quality to High? I got an average of 59fps. 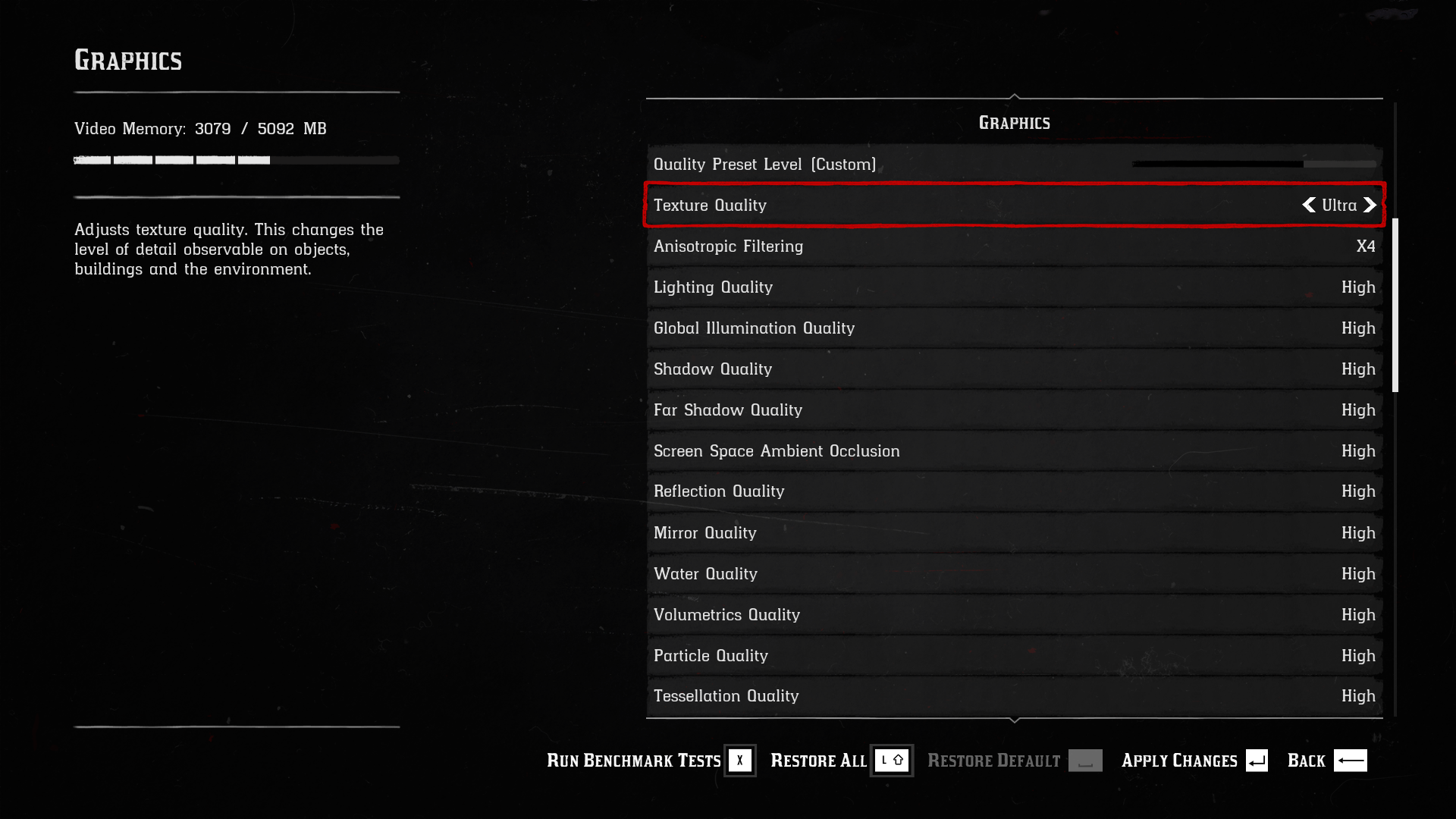 GTX 1070and GTX 1660 owners may have to tweak a few settings, admittedly, but in both cases we're still looking at highly playable frame rates in the 50-60fps zone. Starting with my Asus ROG Strix GeForce GTX 1070 Gaming card, this managed an average of 52fps on my High but Ultra Texture quality preset, and 54fps on pure High. That's still pretty darn smooth as far as I'm concerned, but it didn't take much to push those scores back closer to 60fps. Indeed, all I had to do was whack Volumetric Lighting and SSAO down to Medium, and I was back up at an average of 58fps in no time.

It was a very similar picture over on my Asus GeForce GTX 1660 Phoenix OC card, too, which came in with an identical average of 52fps on High but Ultra Texture quality and 53fps on pure High. Once I'd applied the same Medium SSAO and Volumetric Lighting settings, I was back up at an average of 56fps. 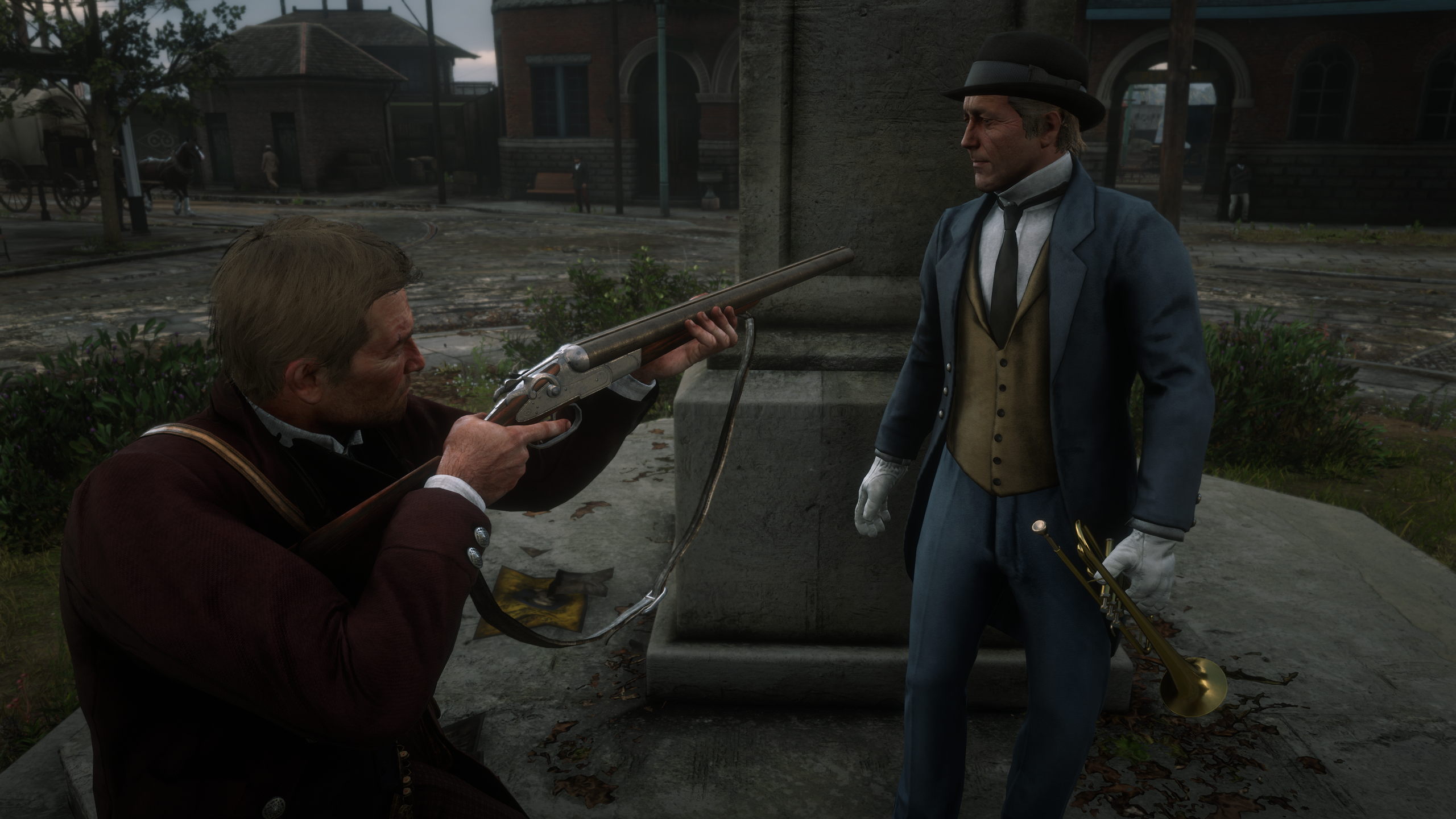 So what does an RTX 2060 actually get you? In Nvidia's defence, they did recommend an RTX 2060 for 60+fps on High at 1080p, so I'll cut them a little bit of slack as it's that '+' sign that's most important here. Indeed, on High with Ultra-fied textures, the RTX 2060 delivered a smooth average of 72fps in Red Dead 2's built-in benchmark, making it much more likely you'll get a constant 60fps even when performance dips a bit (which it does tend to do, especially when you're driving a wagon).

I'll be doing more 1440p testing next week to see how Nvidia's claim about needing an RTX 2070 Super holds up for 60fps on High, but needless to say, I suspect that, too, will be slightly over-exaggerated, as even my regular RTX 2060 managed an average of 54fps at 1440p using the same High but Ultra Texture Quality settings described above.

So, yes, there is some truth to Nvidia's claim, but you can still get a smooth 60fps on High at 1080p with graphics cards that cost a heck of a lot less than the RTX 2060, and even if you can't quite get bang-on 60fps, then you can still get pretty damn close. So fear not, fellow cowpokes. You can save that graphics card upgrade for another day.