Watch Dogs: Legion offers premium currencies and DLC, as well as bonus characters to unlock. There’s also all kinds of cosmetics and boosters to help you in the story. Here’s a rundown of all the DLC in Watch Dogs: Legion.

The DLC menu can be accessed on PC by pressing Tab and clicking on the ‘Store’ section. You’ll also be able to access extras in the Store section of Uplay. Here, you can browse all the extra stuff you can buy, from the clothes to cash. It’s all purchased with ‘WD Credits’, which can be bought in this menu with your real money.

The four characters you unlock with the season pass are:

Note that you don’t receive the characters from the Store’s character pack - those are a different purchase.

In the ‘Operatives’ menu, you can purchase available characters with special abilities. At time of writing, the Urban Jungle pack has characters available both as a bundle and separately. The three characters you can buy are The Lynx, The Leopard, and The Viper. Here’s what they can do:

In addition to the playable characters, you get their unique clothes and masks to put on any of your recruited operatives, so even if they permadie you can keep their vibes on the team.

Available for 1500 WD Credits each, these bundles will each give you three clothing and mask combos, as well as a vehicle paint and weapon skin. At the moment, you can buy the Digital Knight Bundle, the Midnight Agent Bundle, and the Intergalactic DJ Bundle. Check out the image below for a little glimpse. 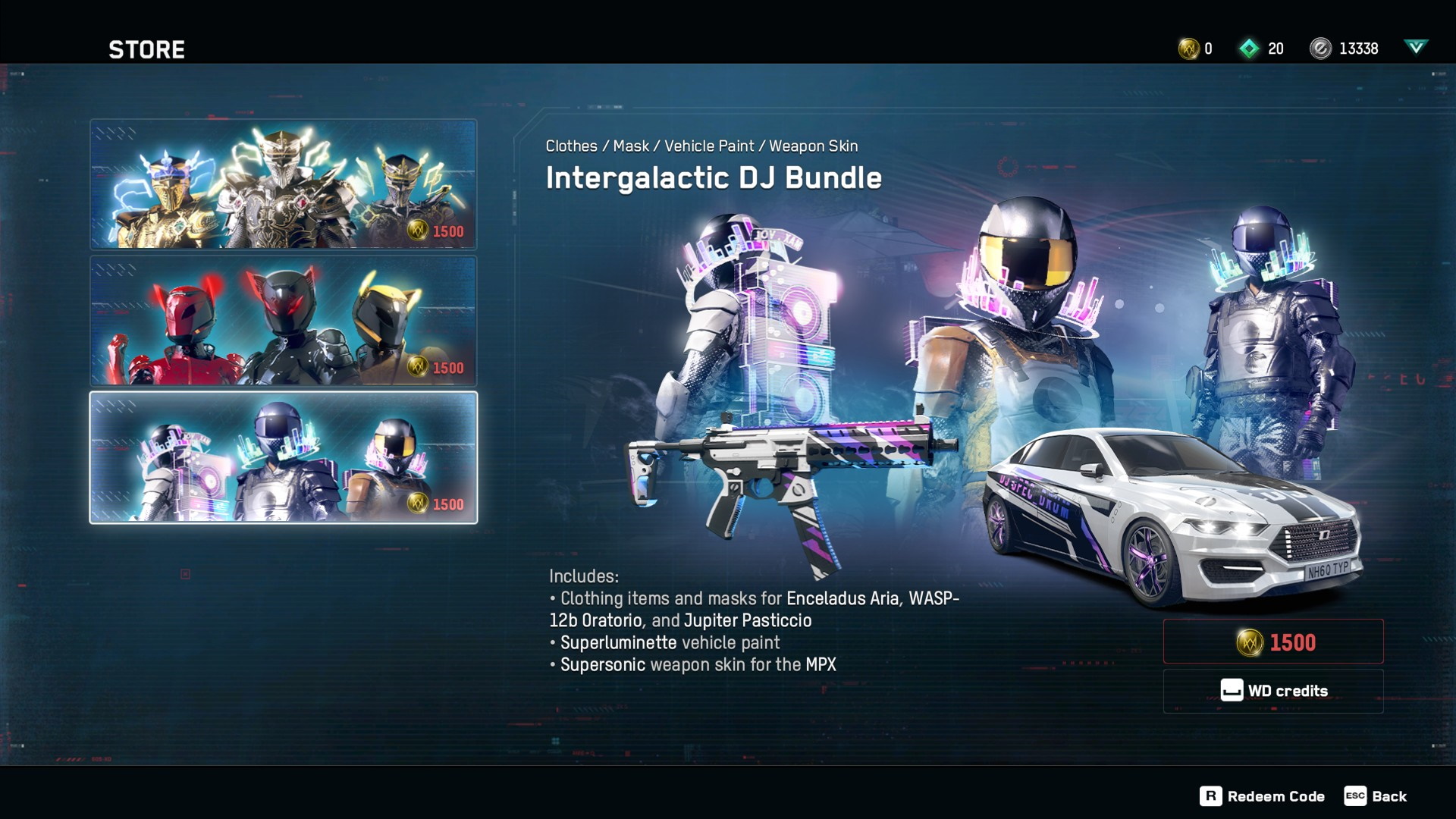 If you have a favourite item of clothing from the bundles, you can purchase it separately from the rest of the bundle for 1000 WD Credits. Here’s a list of what’s currently available:

If you scroll down to the bottom, you’ll get the option for Ubisoft Connect rewards. These use your Ubisoft Club points (visible at the top right hand corner of your Uplay launcher) to purchase further pieces of gear, including the Helm of Sparta and a hilarious-looking mask with the Ubisoft logo on it.

Running out of in-game currency? The Boosters section will give you ETO in exchange for WD Points. You can purchase 6,000 ETO for 300 WD Points or 24,000 ETO for 900 WD Points. There’s also the option to buy the Collectibles Map, which will show you the location of all ETO, mask, and extra Tech Point drops.

Price of DLC in WD Credits

The DLC costs WD Credits, which can be bought for increasing value the more you spend. Here’s the prices of WD Credits: 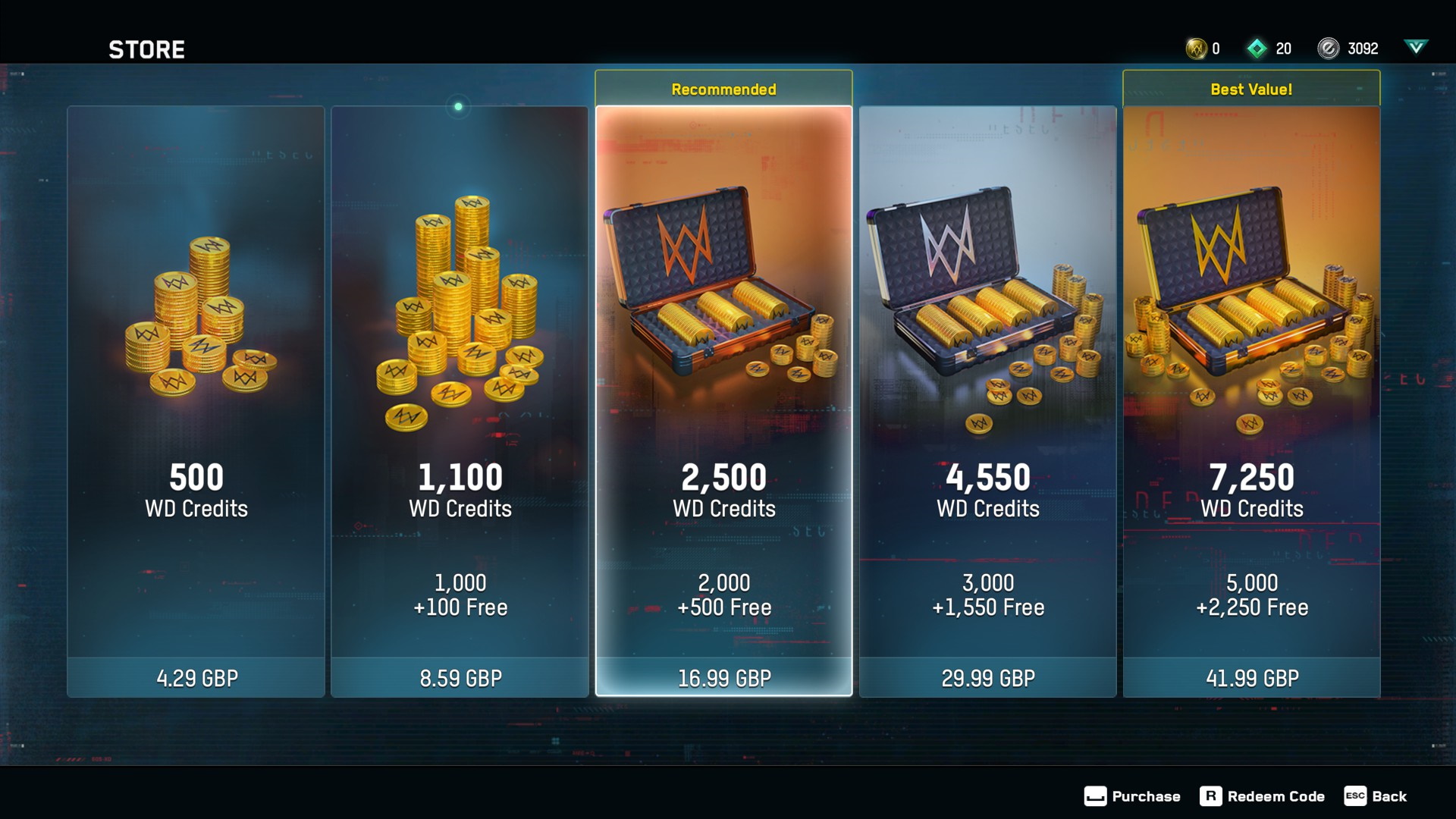 That’s all you need to know about Watch Dogs: Legion’s DLC offering! Once your squad is all kitted out, maybe head over to our other guide pages, including the best tech and gadget upgrades, as well as how to recruit new operatives.