Congratulations, if you're reading this, you've beaten the main campaign of Wolcen. From now on, it's up to you to rebuild the city of Stormfall. It's going to take a lot of money and a lot of primordial affinity to construct all of the facilities on offer. I warn you now, this is going to take a long time to complete, so get ready for the long haul.

While the main campaign takes a fair number of hours to complete, the post-game will take a huge amount of time to invest. This Wolcen Champions of Stormfall guide will explain how the post-game works, the first upgrades that you should invest in, and tips for getting the most gold, productivity and primordial affinity as is possible.

Our main Wolcen guide has further tips for the rest of the game, and you should look at our Wolcen builds guide for the best builds to use in the post-game dungeons. You'll be visiting them a lot, so it's good to have an idea of what will make them as easy as possible.

What is Champion of Stormfall?

Once you've finished the campaign, you'll be sent back to the town of Stormfall and elected as the regent for your endeavours. As regent, it is up to you to rebuild Stormfall with the help of various advisers, each of them suggesting new facilities for you to build. 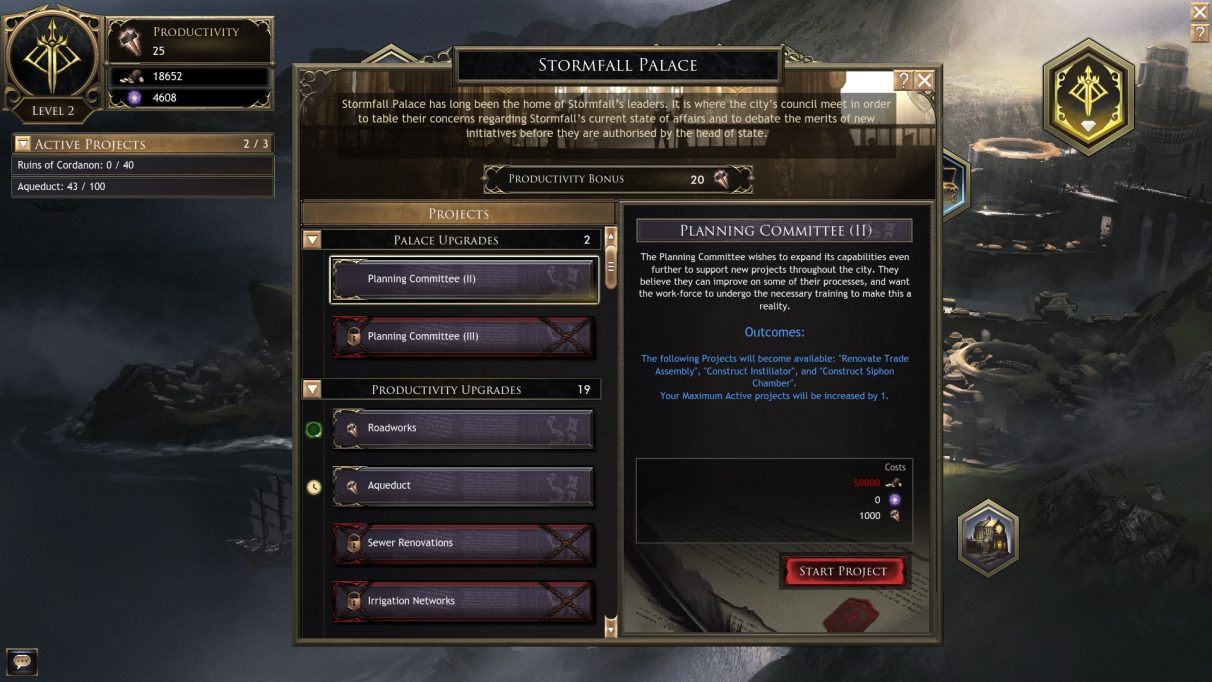 You'll begin your regency by talking to Thunderblade Zalahir in town. This takes you to the Stormfall Projects map. Here you can assign various projects at the cost of gold, primordial affinity, and productivity.

There's a very handy flowchart from Reddit user "Potpurri87" that shows you exactly which upgrades you need to unlock certain facilities, upgrades, and repeatable missions that reward you with more stuff.

It's entirely up to you how you go about upgrading the town, but it will take a long, long time before everything has been built, perhaps longer than the campaign itself.

Fast ways to get gold and primordial affinity

As for getting lots of gold, during the early part of the post-game, you'll be able to unlock the Seekers Garrison. For a small sum of gold, you can send some of the townsfolk on an adventure, and they will pay you on their return. It won't be a great deal of gold early on, but every penny helps towards the rebuilding effort. If you have the time, expeditions yield a lot more gold than mandates (more on those in a second). If you survive up until the end of an expedition, then you can get tens of thousands of gold coins to spend.

Once you've unlocked the Siphon Chamber and Instillator, as well as a few more repeatable mission types, you should find that gold and primordial affinity will come at a much faster pace. If we find out any further top tips for getting either resource, we'll let you know in a future update. 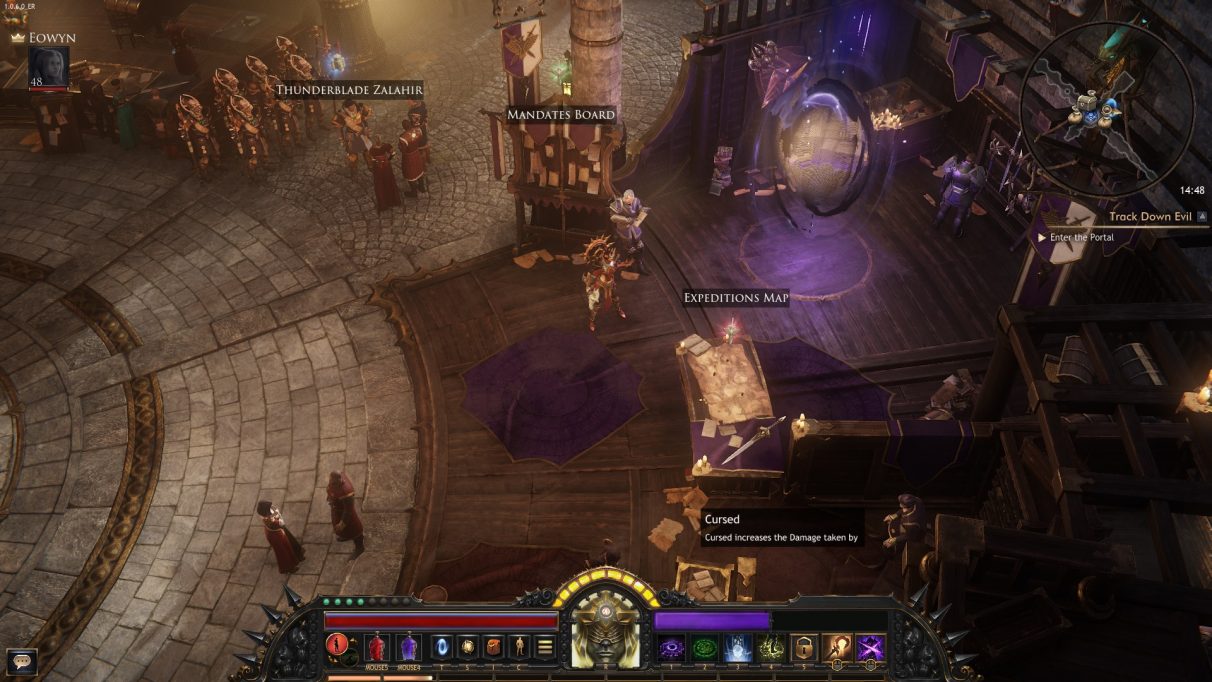 How do I get productivity?

There are two ways to get productivity and there are key differences between them. For players who wish to just go through a small dungeon level with minimal stress, there's the Mandates Board. By accepting a mandate, you'll open a portal to a randomised level. You are given a particular quest to complete, usually to slay some big boss or a group of hard enemies that are highlighted on the mini-map. Once you have completed the mission, you'll be able to head back and turn in the mandate for some rewards.

At the beginning of a mandate quest, you may find a giant pillar that you can click on. This asks you whether or not you want to accept an offer of better loot bonuses or extra productivity in exchange for modifiers. These can be anything that makes killing enemies harder, such as giving all champion tier enemies (the ones highlighted in yellow) the ability to rain meteors nearby.

Why you should consider Expeditions

If you have a lot more time to commit, there are also expeditions. We'll be going into a ton more detail about what they are in our Wolcen Expeditions guide, but for now, we will discuss why you should do them over the mandates.

Expeditions are multi-level dungeons that will increase in difficulty as you progress through them and you cannot use the town portal to return to town. Not having town portals means you will need to be quite picky at what items you pick up along the way, though as comment user "dn3" rightly points out, there are trade points at the end of each area where you can sell your excess items. They are also the most efficient way to get gold early on.

What you can do though is spend a small amount of gold to roll the area modifiers to make the challenge more taxing. You can also put a map or incense, that you found on previous mandates or expeditions by defeating monsters, into the map slot. As for what happens once you go into an expedition, every level requires you to defeat a set number of basic enemies before the boss shows up. Once you beat the boss, two portals will open. One will go to the next dungeon level where the difficulty and rewards will increase, while the other goes back to Stormfall.

If you should die, you lose everything you've looted during the expedition and will not get productivity. There's an element of risk versus reward here, as wasting time is a real possibility, but also that doing that next dungeon level may give you extra loot and productivity.

You're probably finding a lot of good stuff out in either expeditions or mandate quests. Find out more about these gems and how they work in the Wolcen items guide. If you don't want to just use a build that someone else has made, make your own while using our Wolcen skill tree (classes) guide to assist in learning what passives might help or our Wolcen skills guide for active skills that can deal damage.