While the skill tree in Wolcen is nowhere near as big as some other action RPGs, it is one of the more interesting to navigate. It allows you to customise your character into the type of character you want them to be. You could be a dedicated warrior that specialises in tanking damage and cleaving through enemy ranks, or a mixture of an assassin class with a bit of poison magic.

The possibilities are vast, but looking at the Wolcen skill tree for the first time is, frankly, a headache waiting to happen. So in this Wolcen skill tree guide, I will go over how the skill tree works, how to rotate it, and what archetypes each of the sections use. Once you've read up on how to use the skill tree, you can check out our Wolcen builds guide to work out the most optimal path to upgrading your character or the Wolcen skills for stuff on active skills or Wolcen items for items.

It initially starts with three Tier 1 skill tree class segments. These are the melee focused Soldier, the magic using Scholar, and the roguish Sentinel. As you progress through the paths, you'll unlock nodes that mostly give you minor stat buffs, while a few others give more important effects.

Wolcen allows you to turn the class segments of the wheel to fit the build you're trying to make. To turn the Gate of Fate skill tree wheel tiers, click on the part of the wheel you wish to rotate. This is found underneath the "remaining points" section on the left side of the screen. You can then highlight the area, then click it to select it. Click the clockwise or anti-clockwise buttons underneath the wheel to rotate that class. There is a big caveat to this. You won't be able to use nodes that you have unlocked that aren't connected to the centre. They will be highlighted, but the nodes themselves will darken, indicated that while they are unlocked, they're not in use. 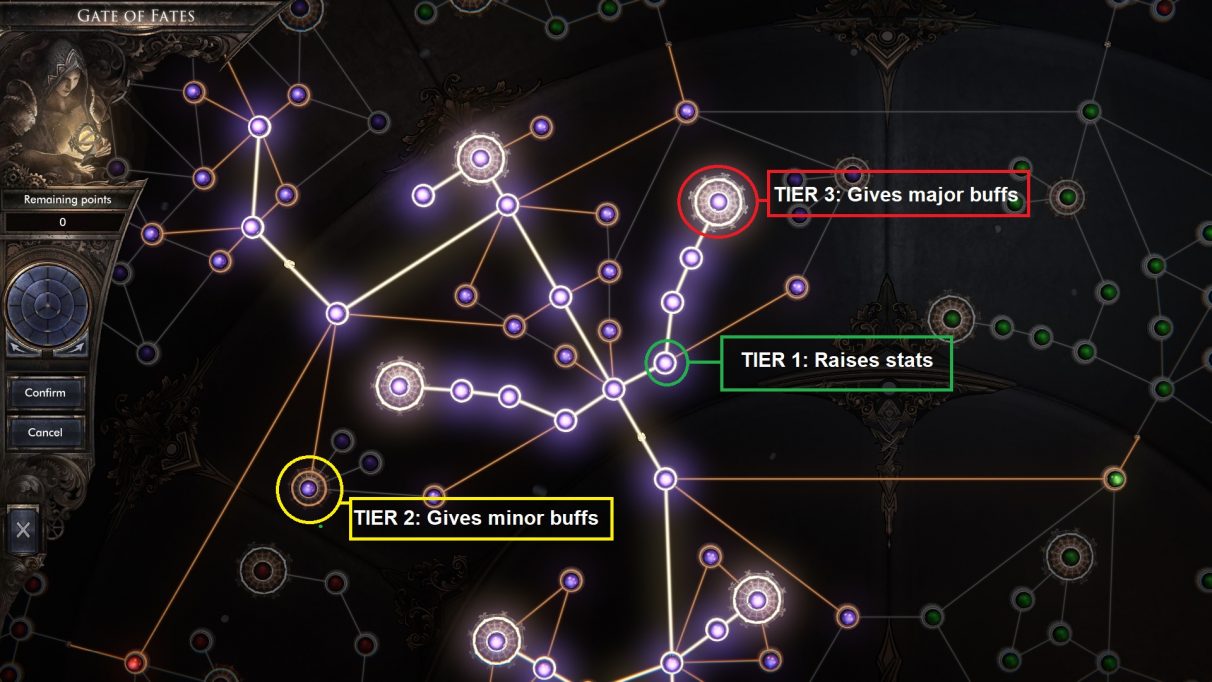 While the skill tree is mostly littered with minor stat increasing nodes, your main aim when building characters is to work towards reaching the slightly larger nodes that give buffs to your character. You'll only see the minor buff nodes in the middle class segments of the skill tree wheel (I've marked them as Tier 2 in the image above), however there are always three major buff notes (Tier 3 in the skill tree wheel image). 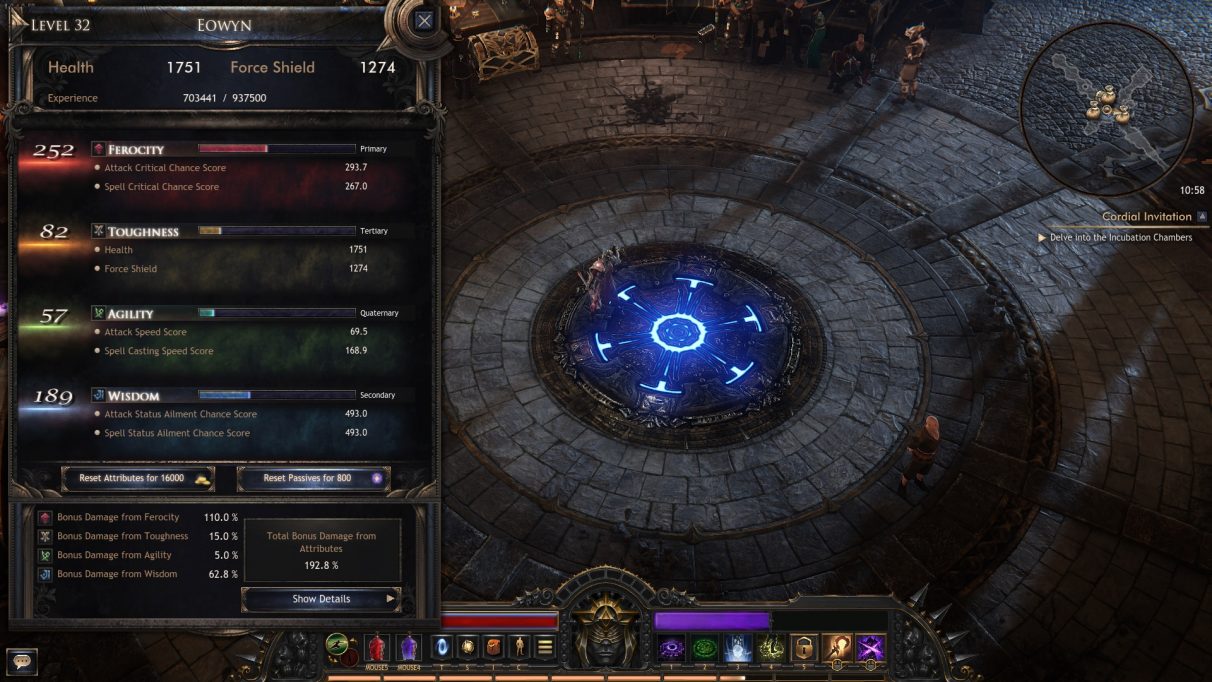 When you are building a character, you may make a mistake in optimising your skill tree path. That's okay. You are able to reset your passive unlocks by going into your character sheet (press C on your keyboard) and clicking the "Reset Passives" button. It costs a certain amount Primordial Affinity to do so, which scales up depending on how many points you've unlocked.

Below are the skill tree tiers, divided into classes. Each class will be listed in the following type order: Melee, Magic, Rogue/Ranged. Just be aware that while there's only one class segment for those three types in the first tier, but the second tier gets two for each type, and the third has four classes for each type. Here is a brief description of what kind of passive skills and abilities you can expect within these class segments.

Now that we've explored the Wolcen skill tree together, you probably just want to have a look at the Wolcen builds. I understand completely, but I also encourage you to explore the skill tree when you have an idea of exactly what kind character you want to build. You do have a lot of points that you can potentially spend on a single character, so feel free to experiment.

We also have the main Wolcen guide that has some extra tips and tricks to get you started with the game. Our Wolcen Champion Of Stormfall guide is there if you want to get into the end game, or the more in-depth Wolcen Expeditions guide has handy tips for getting the most out of your productivity.