Wolcen has a lot of spells and abilities that you can assign to your character. But just using skills is scratching the surface, as Wolcen allows you to apply modifiers, changing how a skill works. These can be as small as increasing overall damage dealt, or major alterations that transform the skill into something else entirely.

No matter if you are an axe wielding warrior, an arrow flinging ranger, or a magic user, there are plenty of active skills that you can use to mix and match your abilities. This Wolcen skills guide will walk you through how active skills are obtained and what you need to do in order to gain more modifiers. For more in-depth and specific builds, there is our guide on Wolcen builds, but this is a more general look at how active skills work.

We also have a general Wolcen guide full of tips and tricks for new players, while the Wolcen skill tree (classes) guide has tips specifically for the rather complicated passive skill tree.

How do I learn active skills?

There are 40 active skills in Wolcen. Each one is learned by picking up Enneracts. These single use items will teach you the named active skill if you right click on them in your inventory. Once learned, they cannot be unlearned, but you are not limited in any way in which active skills you can learn. Your only limitations are the number of skill slots available and the type of weapon you have equipped. Melee skills require close-range weapons, Ranged skills need bows or pistols, and Magic skills need a staff or an off-hand catalyst to be equipped. Find out more about the items you can equip in our Wolcen items guide. 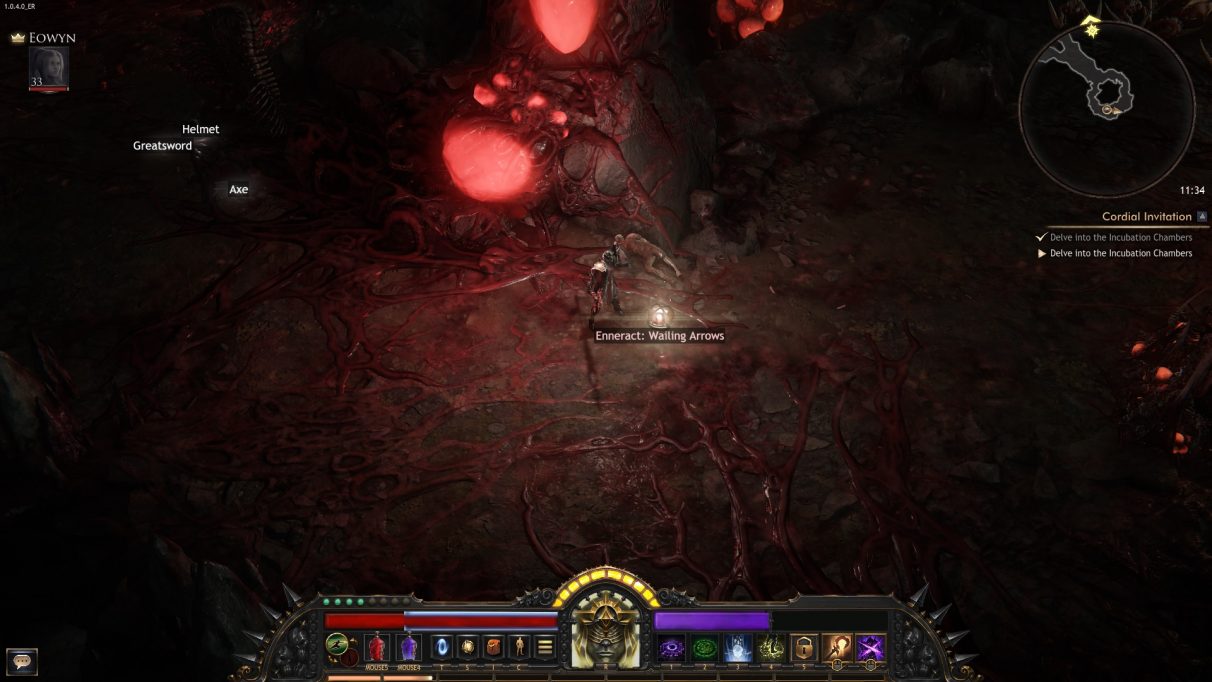 To assign an active skill to a slot, press the "S" key to open the skills menu. Find the skill you wish to assign, then click and drag it to the hotkey bar at the bottom right of the screen. You can assign a skill to the right mouse button, as well as the four numbered key slots. There is a fifth one that can be unlocked later on.

You can find Enneracts by slaying monsters, which active skills you get is random. Alternatively you can buy Enneracts by talking to Demetra in Stormfall. She will have a selection of many Enneracts that can be bought for gold, a selection that automatically refreshes as soon as 15 minutes have passed since you last viewed her selection. If you don't find the Enneract that you want for your build, just wait for the shop to refresh, or go kill stuff until it drops. Heck, you should probably pass the time between the shop refreshing to go and loot stuff to sell. 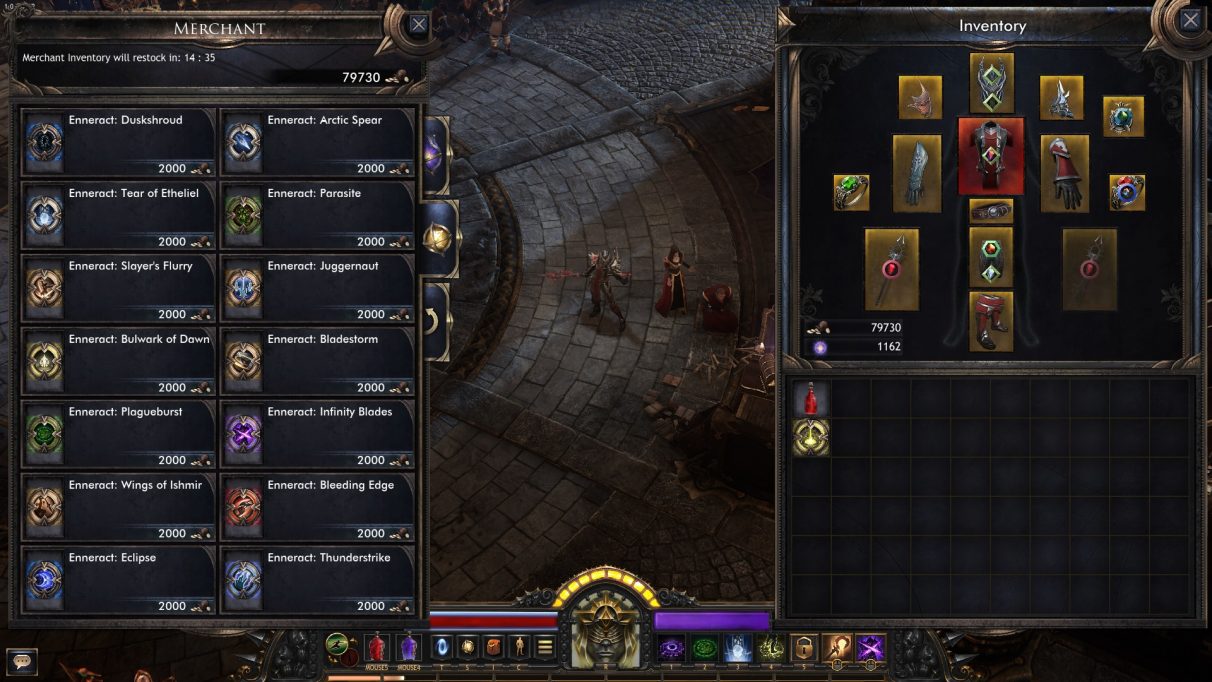 Once you've obtained an active skill, you can increase its effectiveness by fighting monsters in battle. You'll gain a small amount of experience towards the next level, which will increase that skill's effectiveness and properties. You'll occasionally get modifiers and points to spend on them, further bolstering the active skill to your liking. Modifiers are the most important part of building a character. They're vital to making certain skills really shine, such as the Plagueburst skill needing the Noxious Smog modifier to be equipped to create poisonous clouds.

Your maximum modifier points are unlocked when an active skill has reached level 59, and you'll be able to equip up to 10 modifier points. Each modifier has a point cost between one and three. Those modifiers that cost one point give very minor buffs, usually to reducing cooldown or increasing ailment damage. The two point modifier have abilities that are on-brand with the base skill such as the aforementioned Noxious Smog giving Plagueburst a poison cloud that lingers after enemies explode. As for the three point modifier, these change the nature of the skill entirely, so for Plagueburst, the Pauper's Last Rites modifier changes the base damage to fire damage.

You should now know everything you need to know to get you started looking at the active skills you already have and working out your own combos. I should warn you now that having the right set of skills will help drastically with the game's main bosses. We've got a small list of boss guides below: