The big one is here, folks: Ubisoft released Assassin's Creed Valhalla today. Raiding! Pillaging! Stealing from the English! What a way to start your Tuesday morning. Valhalla straps you into the Viking boots of Eivor, the latest assassin to join the sandbox murder simulator series. It takes place in 9th century Britain, with frequent trips back home to Norway to drop off all your hard-earned loot. Like its predecessor, AC Odyssey, this one has a little mythology thrown in as well.

Valhalla's raids look like one of the standout parts of the game. You hop in a longboat with your Viking warrior crew, and set off to loot some settlements.

"Raids are, like a girls hockey team playing an away game and absolutely smashing it, jolly good fun," Alice Bee says in her Assassin's Creed Valhalla review. "You and your mates run around yelling, bashing people with heavy sticks and trying to take as much ground as possible."

She also mentions that while the game might be a little confusing for first-time Assassins due to its sheer size and complexity, fans of the series will find it "really entertaining". Bad news for me then, who planned on picking this up as my first AssCreed game. It's the only one I ever thought looked interesting! But to be honest, that's mainly because I found out you can have a tattoo parlour in your Viking village. 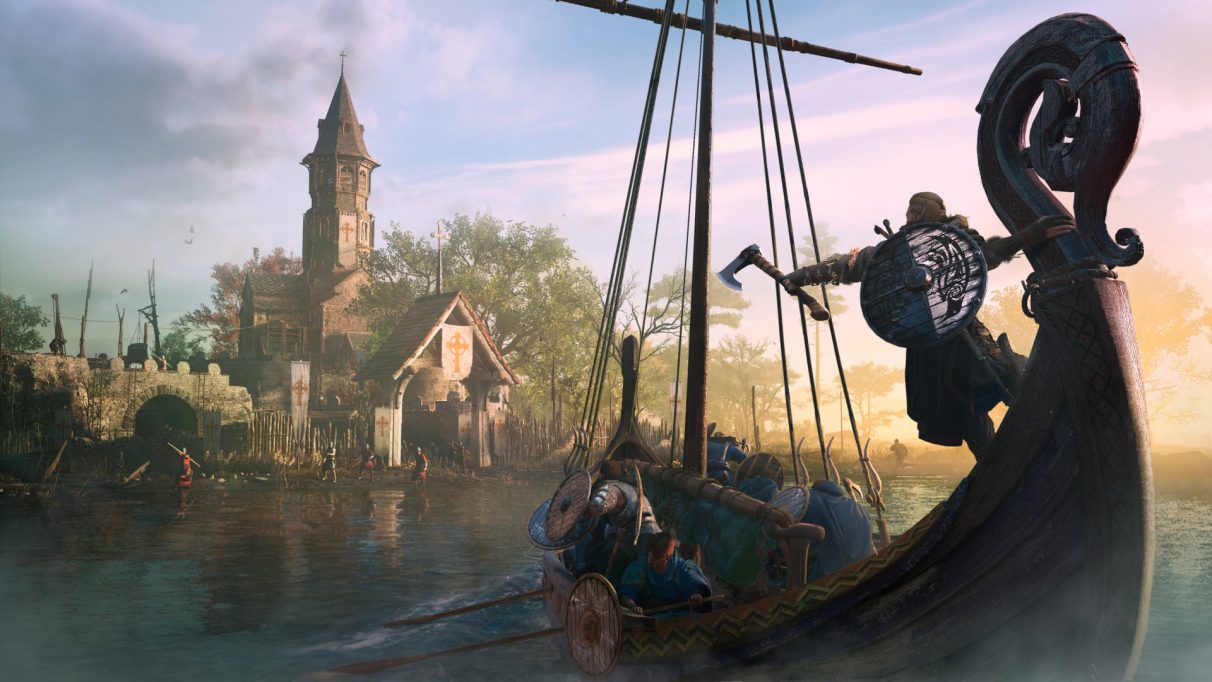 It'll have cross-platform progression thanks to Ubisoft's overhauled PC launcher, Ubisoft Connect (formerly Uplay), so you'll be able to pick up where you left off with Eivor on PC or console.

We already know a little about the game's its post-launch expansions. Eivor will be taking the fight to Ireland and Paris in its two major DLCs, Wrath Of The Druids and The Siege Of Paris. These will both arrive sometime next year, and are available as part of Valhalla's Season Pass (which is included with the Gold, Ultimate and Collector Editions).

Valhalla is available on Ubisoft Connect right now, and it'll hit the Epic Game Store a little later today at 4pm GMT (or 8am PST). Prices start at £50/€60/$60 for the Standard Edition. Check out what time it launches in your region right here.

Before you buy it, it might be worth checking out the game's PC requirements, because it's a lot more demanding than Odyssey. If you're struggling to get good frame rate, though, check out Katharine's Valhalla PC performance guide.

It's worth noting players have reported a few launch day bugs: things like getting stuck on loading screens, fps drops and stuttering on PC. There's no official list of known issues just yet, but Ubisoft do have general FAQs that might help with some problems.

We already have some Assassin's Creed Valhalla guides, too.