At the end of the waviest mission Call of Duty: Black Ops Cold War has to offer, you’ll be offered a choice by Adler. You must either tell the truth about Perseus’ location, or lie to compromise the mission. There’s a pretty clear-cut ‘good’ and ‘bad’ ending structure here, and no prizes for guessing who you have to side with to get the good one. Here’s all the campaign endings for Call of Duty Cold War and how to get them. Spoilers, obviously.

To achieve the ‘good’ ending, you need to tell the truth about Solovetsky when Adler asks you where Perseus is. From here, you’ll be tasked with invading the monastery where Perseus is going to broadcast the nuclear detonation signal from.

It’s a pretty straightforward mission - you and your squad have to shoot your way past hordes of enemies as you plant C4 on two anti-air guns. There are a couple of machine gunner positions to look out for, but basically, you’re good to go charging through, take out the AA spots, and finish the mission.

After this, you’ll be helped to your feet by your friends and given a rundown of the various decisions you made throughout the campaign, including whether or not you let Qasim and Volkov live, as well as the Cuban operatives and the two sidequests - Operation Chaos and Operation Red Circus. Ronald Reagan will talk with Black about how great everything is and the brilliant job you’ve all done in helping US imperialism continue, and the screen fades.

After this, Bell is taken on a nice little walk with your good pal Adler who starts talking about all the sacrifices you’ve made for the greater good and how wonderful you’ve been to the cause, with absolutely no foreshadowing as to what’s about to happen oh wait no, he shoots you dead. Thanks Adler. What a nice man. You’re welcome for stopping the nuclear destruction of the world. Guess that's Black Ops for you. 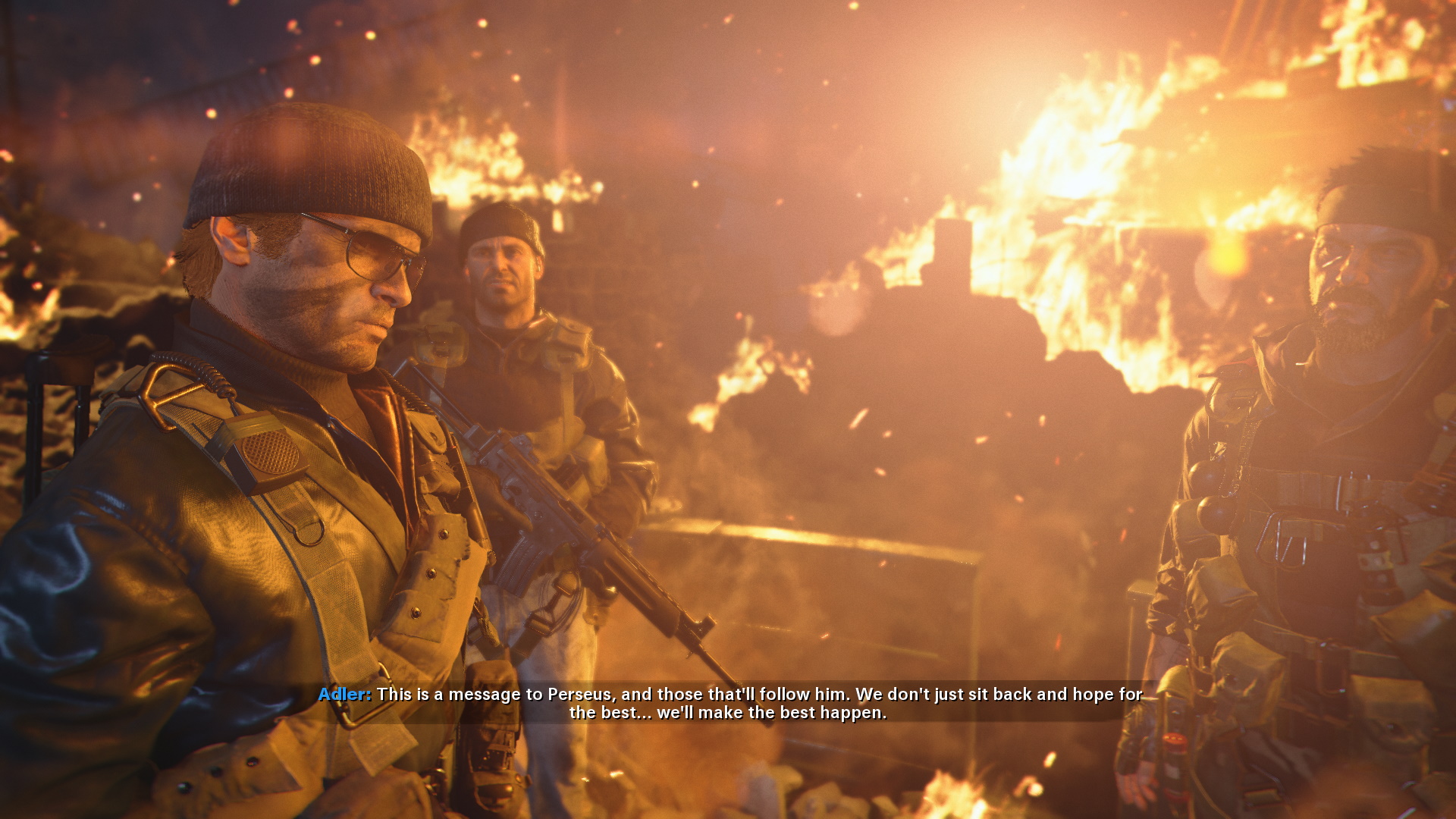 This ending is the bad ending because, even though Adler killed you in the previous one, at least the entirety of Europe didn’t get nuked. So, choose to betray the CIA and you’re directly endorsing the nuclear annihilation of an entire continent. So subtle.

To get this ending (maybe you just want to get back at Adler after he kills you for no reason in the ‘good’ ending), all you have to do is lie to Adler when he asks you where Perseus is. Say Duga, and you’ll take your squad over to the wrong location. Adler’s name will turn red in the subtitles, indicating he’s now an enemy.

From here, you have to go through the gate in the safehouse - it’s much easier if you’d unlocked it previously. Check out our page on how to unlock the safehouse gate for advice on that.

When you get the chance to move around, radio to set up the ambush at Duga. When you arrive, you’ll be given the chance to signal the ambush as Adler asks if you’re setting them up. Now it’s just a matter of shooting your way through your former colleagues, and as you take out Woods, Mason, and either Lazar or Park depending on who you previously rescued.

Fight your way through here and you’ll find Adler on the ground. You can give him a lighter and he’ll try to shank you. Just mash the button prompt and you’ll stab him, finishing him off.

Then, Perseus will come through with a radio and let you order the nuclear detonation. Grim. Finally, the man you’ve been chasing as Perseus gloats over the dead body of Adler, stating that Perseus is a collective force, rather than just one man.

The final outro plays again, with Perseus lamenting your successes if you completed Operation Chaos and Red Circus. 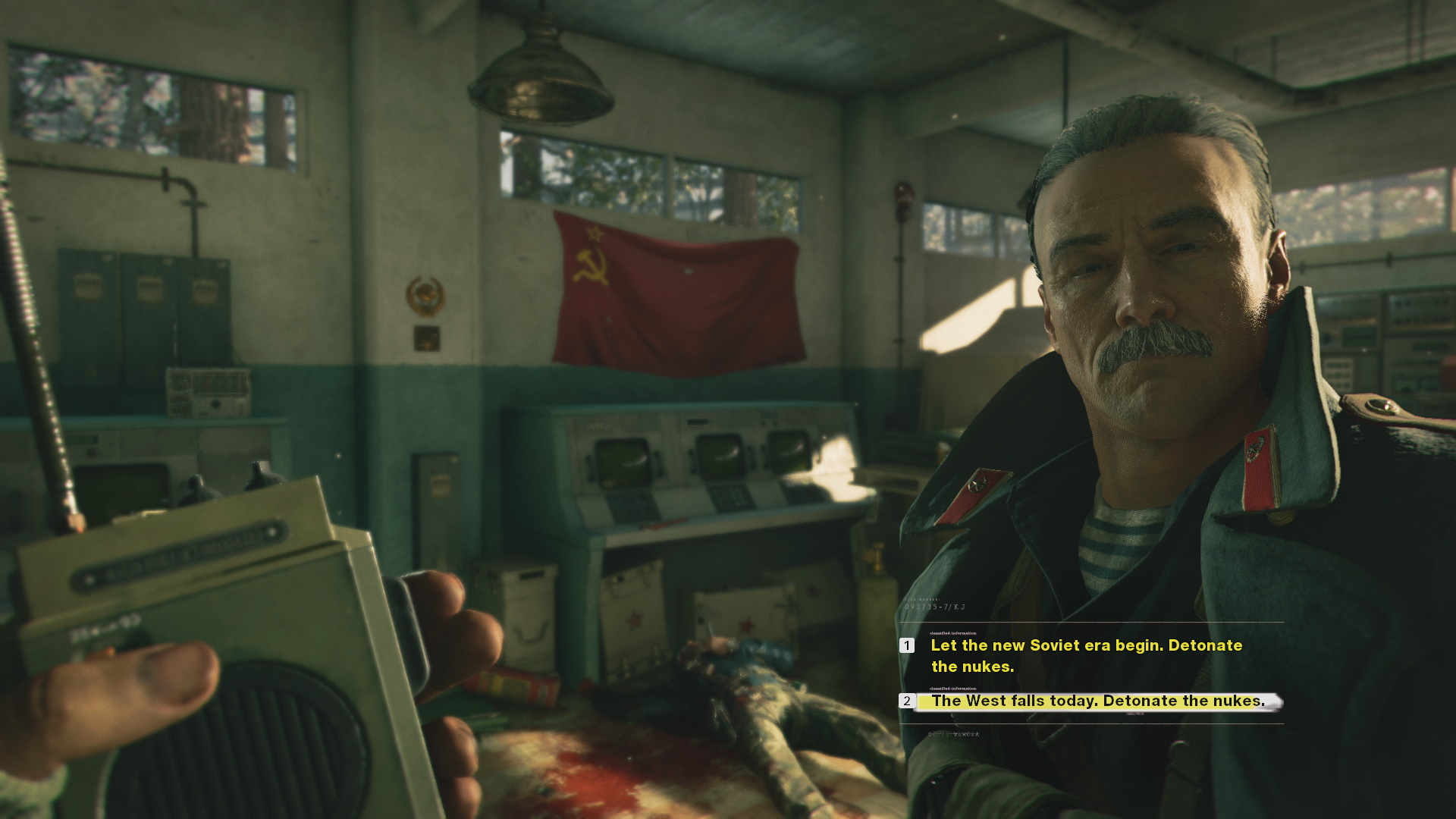 The alternative bad ending happens when you don’t set up the ambush before leaving the safehouse. This one has the same overall ending, with the whole world blaming the US for the demolition of Europe. To be honest, they did start it. Don’t put nuclear bombs all over the world and you won’t have this problem, will you?

The only difference this time is that you don’t shoot your way through and kill your former teammates. Instead, you have a baby’s first political conversation with Adler before he shoots you dead. So much for sensible debate. 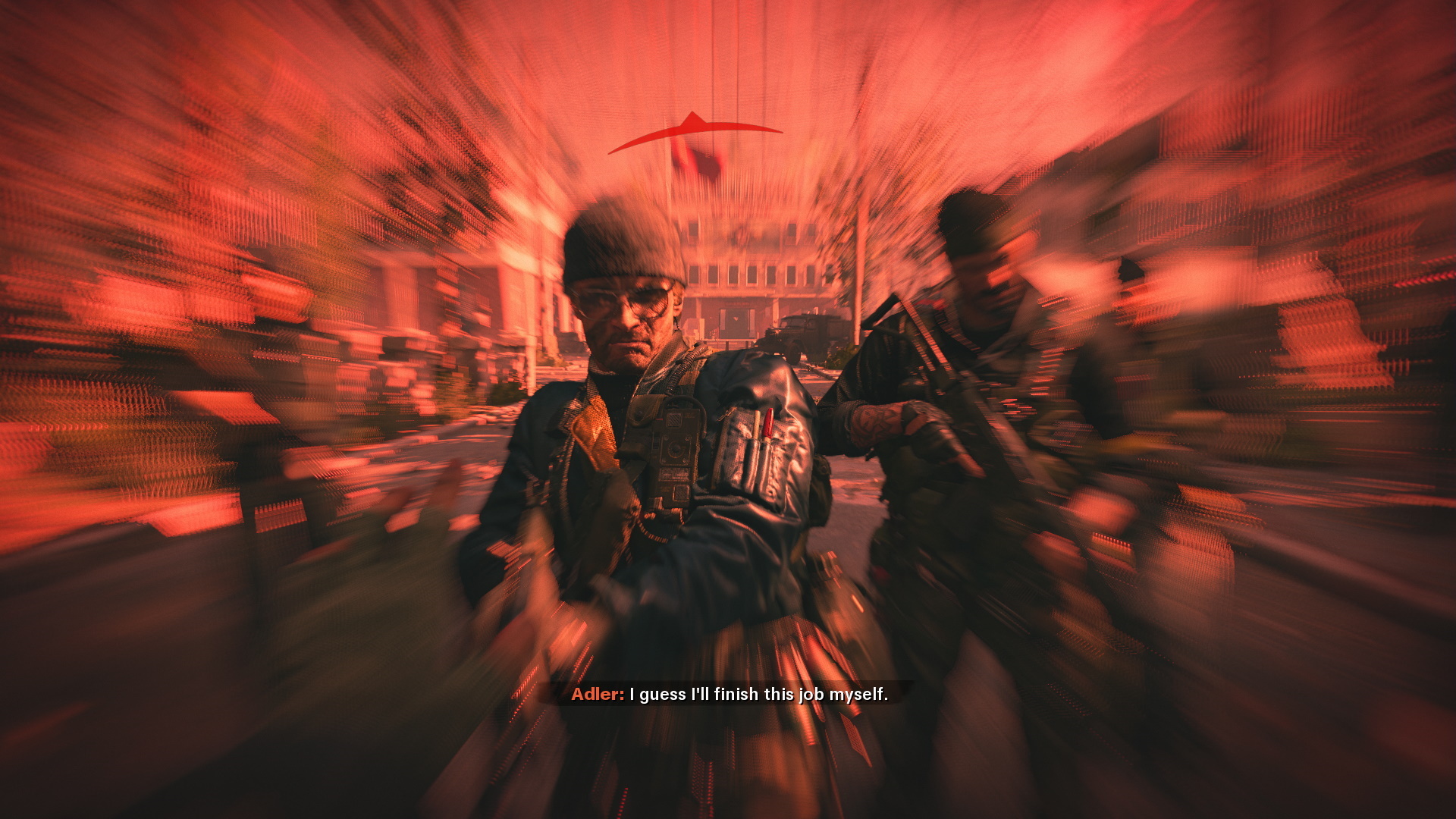 And there you have it! All the endings for Call of Duty Cold War! That sure was something. Now you’ve finished with the campaign, why not try out other game modes? We have guides on all sorts, from Cold War zombies to the future of Warzone in Cold War.