It's time for the first Frost enemy in the form of Boreus. It's also the first real fight where Aether-Charged actually means a great deal, even in its lesser form. So rather than just hitting it repeatedly and hoping for the best, you can read our little guide to fighting the Boreus to learn exactly what you need to do to kill this Behemoth.

This guide has the full tips and tricks to killing the Boreus boss in Dauntless. It also has the resource table for the Behemoth and how to obtain the resources for each part. 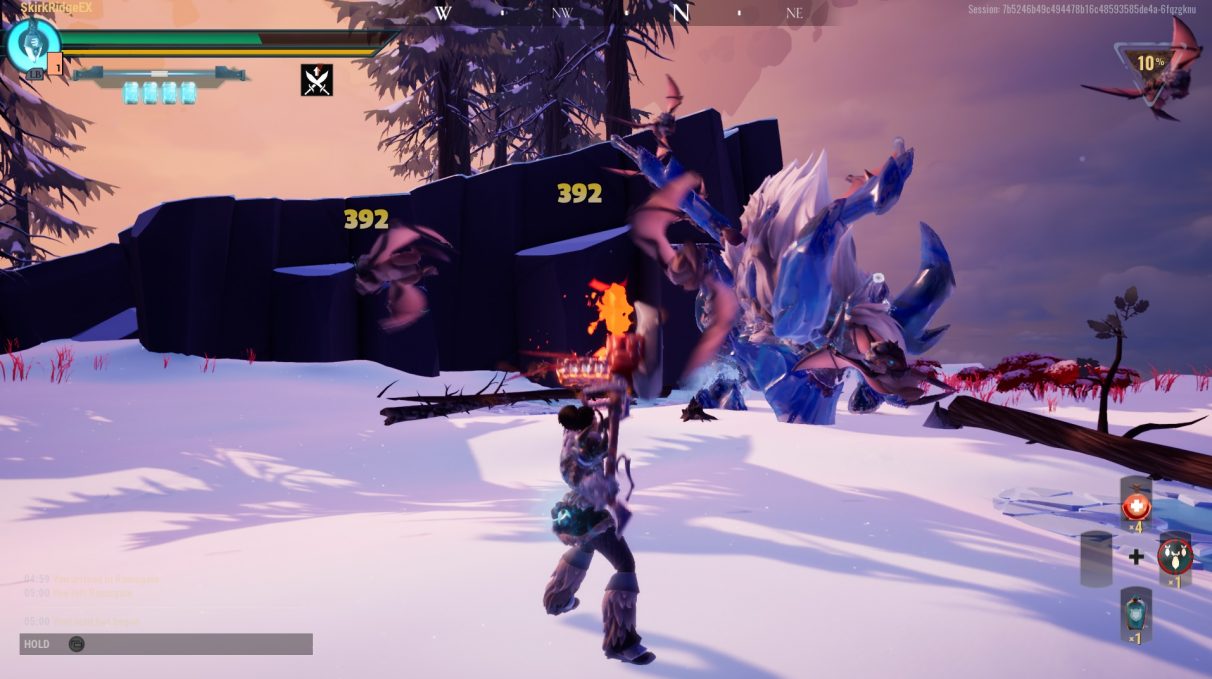 How to kill the Boreus

Boreus is the first monster you'll face where its Aether-Charged form is actually a big deal. The Boreus's attacks aren't normally anything to write home about, with its tail is the main issue that you'll be facing here. Charge attacks are easily telegraphed as well, making dodging them a bit on the easy side when they're smaller. Of course, the bigger they are, the harder they hit, so just keep an eye out for the tell-tale signs that an attack is coming and you should be fine.

When it begins to encase itself in ice, that's when the Aether-Charged form phase begins. The idea here is to ignore the Boreus and instead kill the minions that will spawn. Lesser Boreus will only have the regular minions, while the regular version has additional explosive minions and ice-breathing minions to deal with. You do not want to be overwhelmed by these minions, so take them out while they're of manageable numbers. For each one you kill, you'll be able to inflict some hits on the Boreus. Make sure you use them and don't over-commit to hitting him. In its Aether-Charged form, it can leap a great distance over a pillar of ice, but usually this is to escape you. It won't try to attack you head on, but will swing at you if you're attacking it.

Before we go, here are the resources you can obtain for slaying and damaging the Boreus. These are a 100% chance to obtain the items, as long as you break specific parts.

That's it for our Boreus guide, but we'll have more boss guides coming soon. For more on what you can build with the Boreus resources, go to our Dauntless weapons and or Dauntless armor guides respectively.