Of all the challenges you've likely faced in Dauntless so far, the first Umbral behemoth is one of the more unique and irritating. This panther can jump between portals, using momentum to hit extremely hard in some cases. Likely you'll have some issues going up against this giant cat at first, but there are a few tells that should help you on your way to success.

This guide has the full tips and tricks to killing the Riftstalker boss in Dauntless. It also has the resource table for the Behemoth and how to obtain the resources for each part. 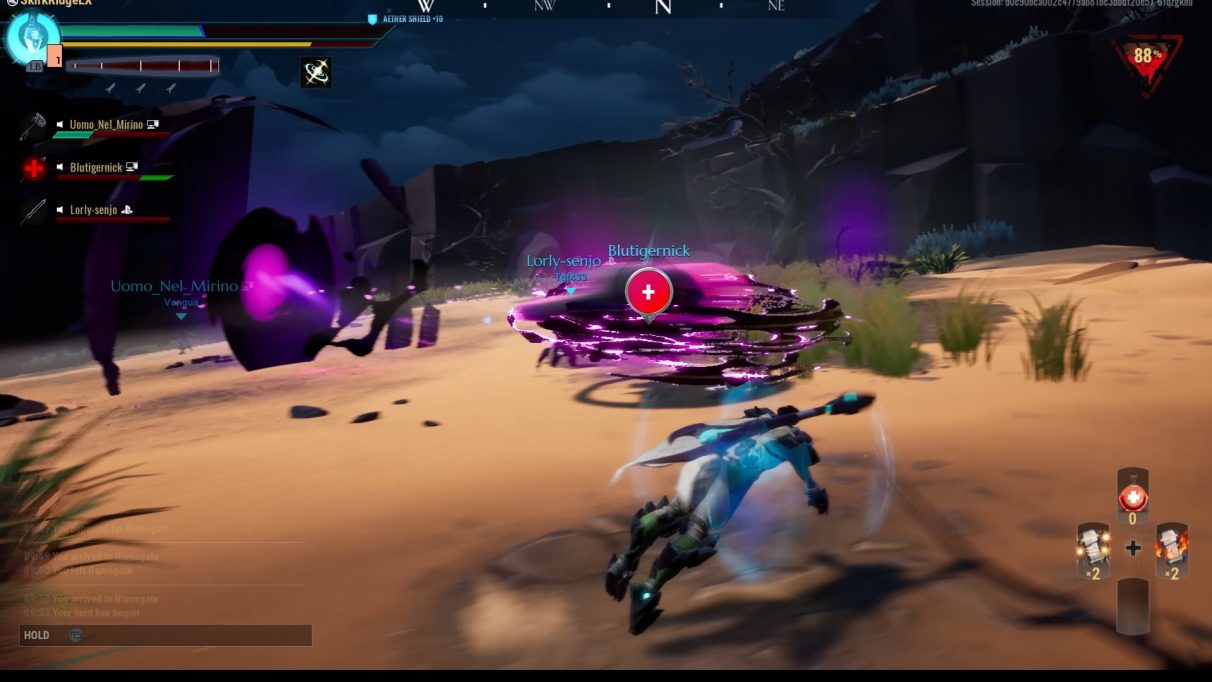 How to kill the Riftstalker

This is one fast cat. Your fight against the Riftstalker will mostly consist of you dodging its tail, which it has many different ways to swing at you. Sometimes it will be thrice while retreating, other times it'll be in a circular motion covering the entire circumference of the area near it. You'll need to keep an eye on whenever it goes through portals as the pounce attack can be interrupted. If it's ever glowing purple, it's more likely to use portal attacks, including a rather nasty one where it will place up to four portals that it will dive out of and back into, inflicting damage on anyone standing over it. On the fourth portal, it will roll out, which does a good chunk of damage, so roll out of the way if you're the one it's targeting with the fourth portal, otherwise you can just run out of the area of effect.

Things take a rather interesting turn when it disappears down a hole in the ground rear end first. You'll soon get sucked into an alternative dimension where portals have appeared in front of you. Depending on the stage of the fight, there could be as few as two portals and up to five at most. Each one will shimmer in a sequence or at the same time to indicate the impending attack, which can be either copies of the panther or an orb that inflicts "Corruption" on you. If you're hit by an orb, you need to hit the Riftstalker as soon as possible or risk losing health. If one of the portals ever glows pink, this is when the Riftstalker is about to emerge. Charge up an attack that will interrupt and aim to hit it as it comes through. If you're successful, the Riftstalker will be knocked prone and the dimension effect will disappear (it will also disappear after the Rift stalker emerges three times through the portal)

When it transforms into its enraged form, it'll immediately begin going through two sets of portals, building momentum. It will then emerge, spinning at a colossal speed, four times before stopping. Keep a very close eye on the portals and if it looks like it's about to attack you, dodge as soon as you see it. You should be able to avoid the damage, but I'd highly recommend setting up shields for this part of the bout if you have them to hand. It's also likely to try to attack you multiple times if you're part of a group of four. The damage this attack does is ridiculous, so don't get hit. Once it stops, you'll have a few seconds to land a couple of hits, before it goes for a portal pounce. This is when you can try to interrupt its attack. It will still have increased speed and attack power while in this state, so watch out for any attacks as they'll be harder to predict. Eventually you'll topple this feline monster.

Before we go, here are the resources you can obtain for slaying and damaging the Riftstalker. These are a 100% chance to obtain an item, as long as you break specific parts, but there are rarities for each one as explained below:

That's it for our Riftstalker guide, but we'll have more boss guides coming soon. For more on what you can build with the Riftstalker resources, go to our Dauntless weapons and or Dauntless armor guides respectively.