This was the first Behemoth in Dauntless that gave me issues. Not for the fire, or even the burying underground, but some of its regular attacks defy traditional logic in games involving tracking down and slaying big beasts. I did eventually work it out though and below are the main tips and loot tables for the Hellion.

This guide has the full tips and tricks to killing the Hellion boss in Dauntless. It also has the resource table for the Behemoth and how to obtain the resources for each part. 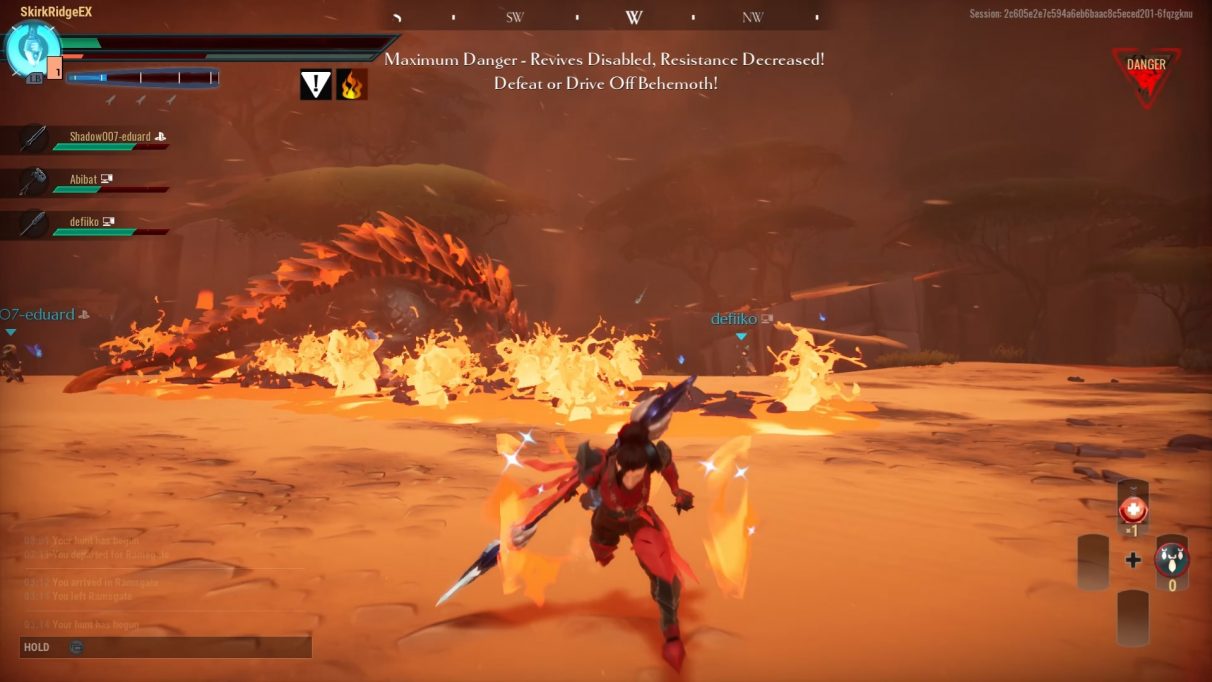 How to kill the Hellion

It has many melee attacks, such as one where it'll fall to its side, charge at you, swing its head like a mace or stomp around. Whenever it digs underground, keep running and listen out for it digging up. It can dig up to two holes and launch itself out of one of them to land straight on top of one unlucky player. You should dodge at the last possible moment to avoid it.

Beware of its tail. It's actually a lot more nimble and damaging than you'd probably be anticipating. That's because of two things. It can spin around before slamming it downwards, which the resulting shockwave has some surprising range. But it's the tail swipe that'll likely be catching you off guard. Here's the trick - dodge twice. It'll swing it one way, then swing it back with deceptively slow speed, which makes it look like it's recovering rather than attacking you still. Just ensure you're dodging twice and you should avoid it. Severing it will reduce its range, but not reduce how lethal it can be.

While it's Aether-Charged, it can launch lava spurts (that's the best way to describe them, honest) out of its back to surround it. They'll linger for a while and will burn you on contact. If you get burned, dodge roll a few times to put out the flames. It can also slam its foot into the ground, causing the earth around it to erupt with hot magma. This is one fight where the orbs to prevent burning and increase your attack speed come in handy. Ensure you're properly prepared for this fight and you will eventually come out on top.

Before we go, here are the resources you can obtain for slaying and damaging the Hellion. These are a 100% chance to obtain an item, as long as you break specific parts, but there are rarities for each one as explained below:

That's it for our Hellion guide, but we'll have more boss guides coming soon. For more on what you can build with the Hellion resources, go to our Dauntless weapons and or Dauntless armor guides respectively.